It's been ten years since the world giggled at this tiny British duo. Uploaded to Youtube on May 22, 2007 by Howard Davies-Carr, the home video has amassed over 849 million views - and earned the Davies-Carr family over £1 million in advertising revenue. If only all of our silly childhood videos could become viral like this one.

Get Ready for "Cash Me Ousside": The Reality Show 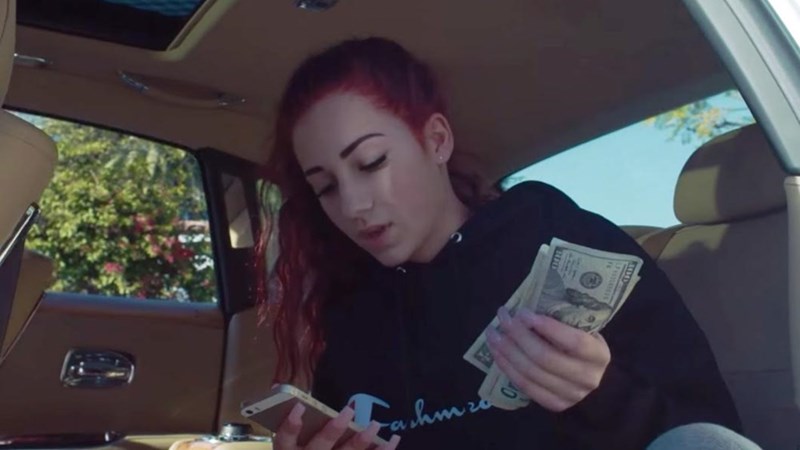 Via via WorldStarHipHop
Repost
Recaption

Well how bow dah: Danielle Bregoli of viral media fame has just inked an exclusive reality television deal with IMG. Not a bad birthday present for the 14 year old.

The teenage meme queen was approached by seven production companies - four of which were looking to snag the Florida native for a reality show. This deal comes on the heels of several money-making ventures featuring Bregoli - from grills to tee-shirts bearing her image. Wonder how her ratings will stack up to Dr Phil's.

Check out KYM for more on Bregoli and "Cash Me Ousside."

Rayna Meets a "Robot" for the First Time

A little girl has her first encounter with a water heater tank ...and a rude one at that.

Why Not Just Stick With a Cat?

There was a problem rendering this video - it may have been deleted.
Via worldwideinterweb
Repost
Recaption
Comments
The Daily What
Favorite

Now that you've had time to digest the new trailer for "Star Wars: Episode VII - The Force Awakens," here it is one more time… but using only Legos.
Youtube user Snooperking recreated the trailer shot for shot with the blocks, including that dangerous-looking cross lightsaber.

Viral Video of the Day: Man Riding a Bike on a Swing is 'Murica

This is what happens when you leave your dad alone out in the woods with way too much time on his hands.
But it does look kinda fun.

What this woman does in the car is "None of Your Business," but her husband thought it was everyone's business when he secretly recorded her rapping along to this Salt-N-Pepa song.

Viral Video of the Day: This Footage of Grandparents Partying in the 60s to Wiz Khalifa's 'Black and Yellow' is Perfect

Viral Video of the Day: The Struggle Between an Animator and His Animation

After a three year hiatus the fourth installment of Animator vs. Animation is here! If you've never seen the series checkout the prior videos below.