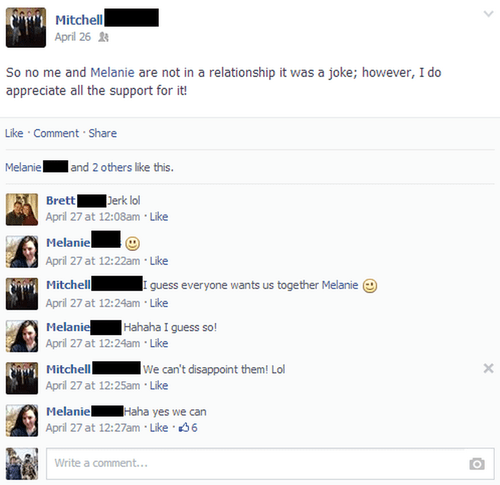 The Glee star has made no secret of the fact that she wants a role on Ryan Murphy's other hit show, American Horror Story. Apparently, AHS veteran and multiple Oscar-winning actress Jessica Lange isn't too keen on Michele getting in on the Freak Show, because that is some major league level snubbing right there. Ouch.

Will Also Take CFO or COO 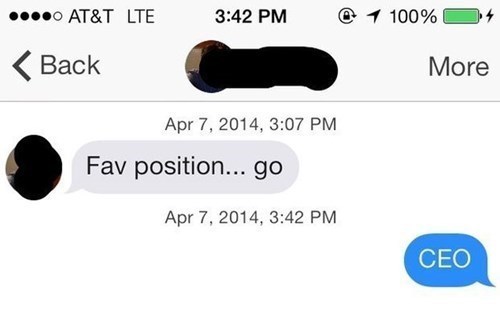 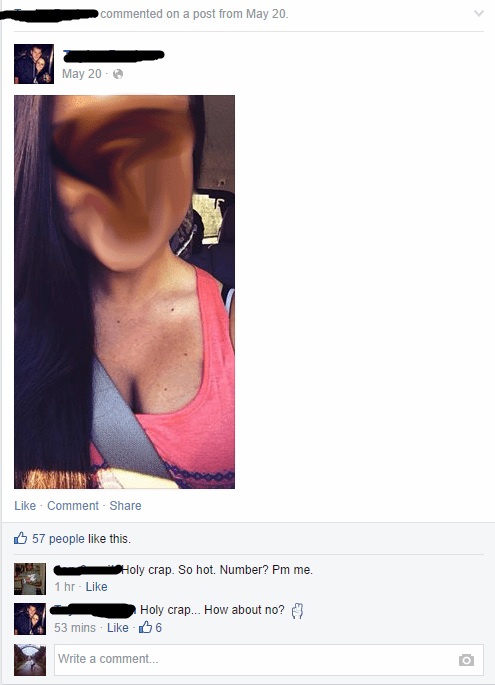 If You're Going to Propose to Your Girlfriend on Stage, Be Absolutely Sure She's Going to Say Yes 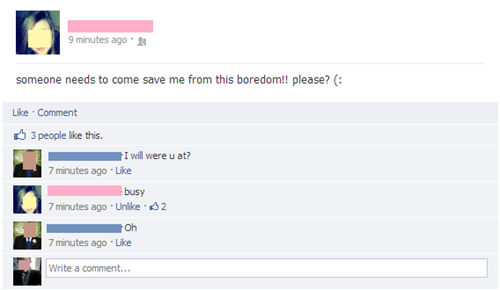 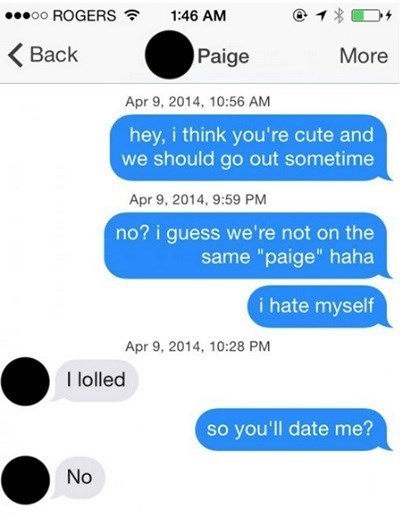 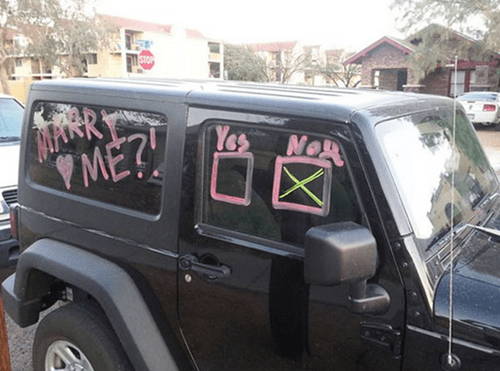 Via Bits and Pieces
Repost
Recaption

Guy Proposes to His Girlfriend on Ellen. She Says No.

This Girl Deflected a Creeper's Text Advances With Smash Mouth Lyrics, and It Was Kind of Amazing

Redditor Babs_Gray recently found herself the unwelcome target of some serious Bush League sexting on Facebook. A normal response might be to just tell the person to eff off, but since when was normal a thing to strive for? 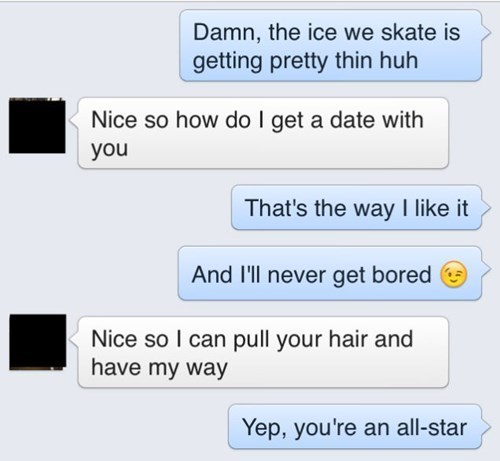