As we approach the end of October (and Spooky Season) we need to pour one out for those early-to-mid Autumn feelings that fill us with joy. Y'know, like stepping on crunchy leaves. Apple picking. Getting lost in a corn maze for 6 hours because your parents didn't realize you were gone. Pumpkin Spice Lattes. These gallery of autumnal content covers all those bases and (of course) some of that Halloween spirit we're gonna be missing this year. 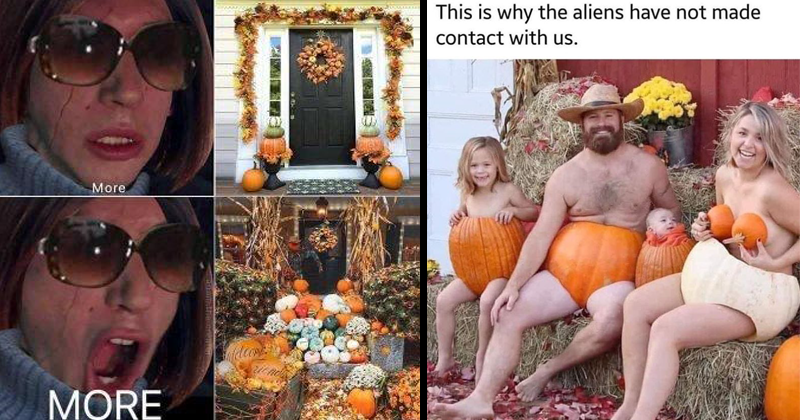 Memes are way more than just a cheap distraction. Memes can uplift the spirit. Memes are like a busted fire-hydrant you find after walking five miles on the hottest day of the summer. Memes are like that leftover sandwich you just remembered after whining about having no food in the fridge. Memes are like your favorite song randomly coming on when you're shopping for toilet paper at the supermarket. Life would be a bummer without memes. 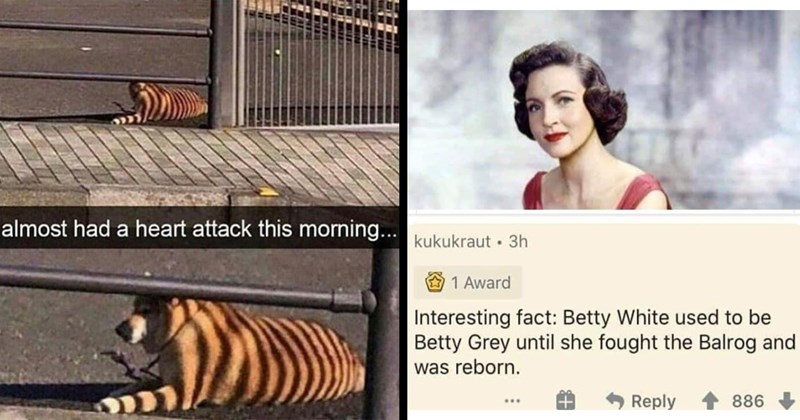 We're knee deep in "Spooky Season", and though there's no trick or treating to look forward to, people are still finding myriad ways to celebrate. From binge-watching horror movies to posting skeleton memes, the Halloween spirit is very alive on the internet. On Twitter, users have been flexing their creativity and humor with the hashtag #FakeScaryMovieFacts. It's pretty self explanatory: come up with a funny or dumb quip regarding your favorite bone-chilling film and then hurl it onto the timeline. While some of the tweets verge on cringe (cough politics cough). others showcase some serious wit. We've put all of our favorite examples here for your convenient perusal, but there's loads more to be found on Twitter. Enjoy the spooky fun while it lasts! 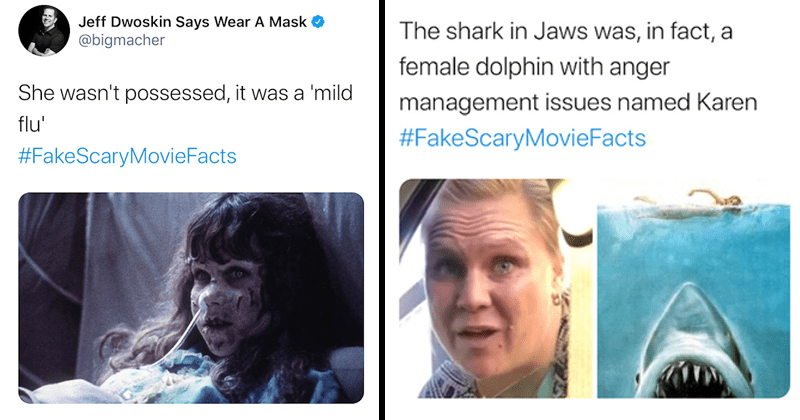 Twitter is pretty much the perfect joke farm for anyone hungry for some quick laughs. In can be a bit of a challenge weeding out the latest on this batshit year (sometimes we just want some simple, solid jokes), but don't worry because we've done all the work for you. These recent tweets are curated for anyone who's in the mood for a healthy chuckle without having to click on #metoobin or #internationalassday. 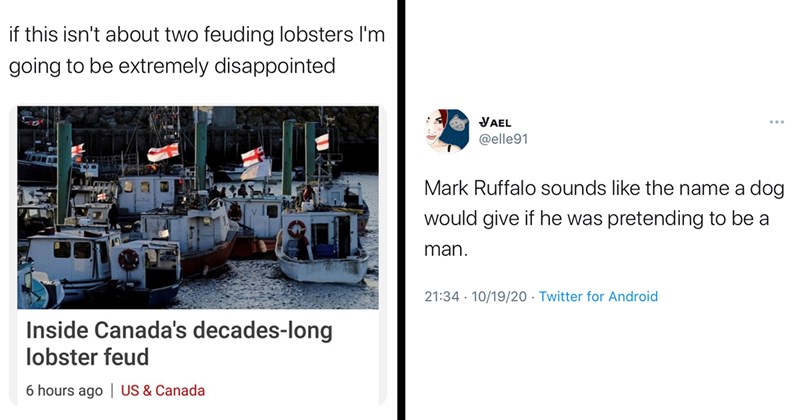 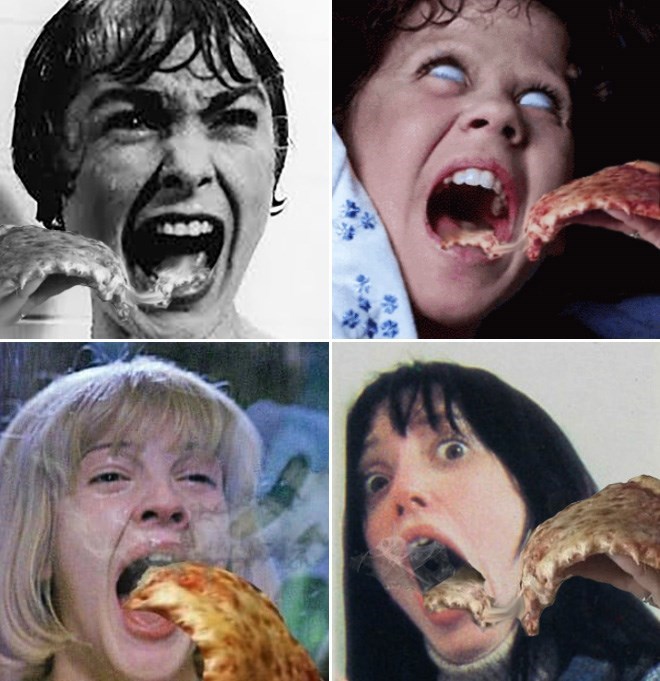 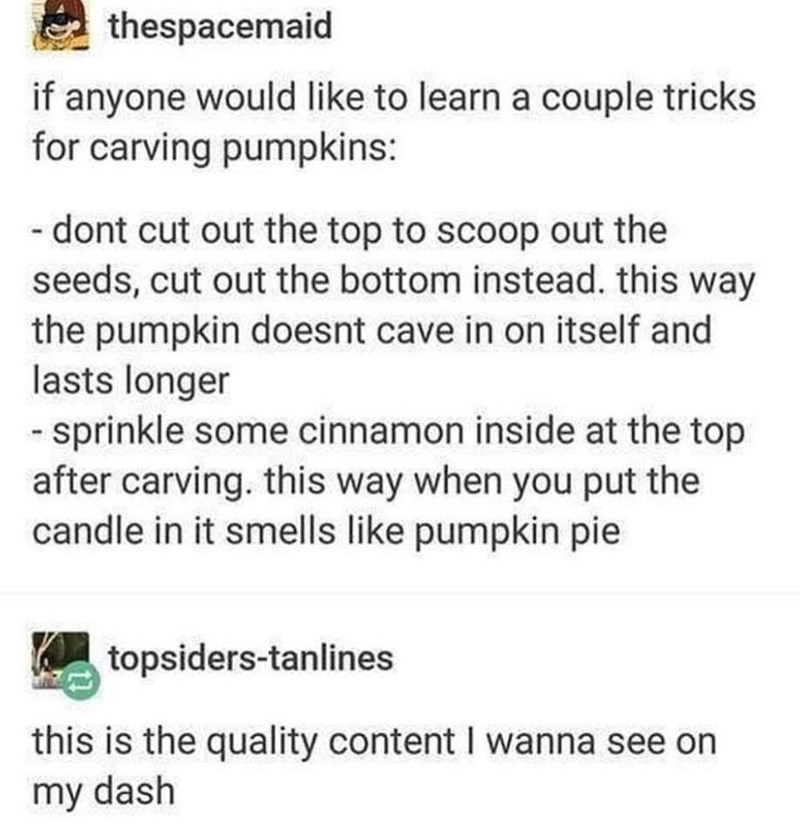 We may not be able to indulge in trick-or-treating, but at least our jack-o-lanterns will be poppin' off. 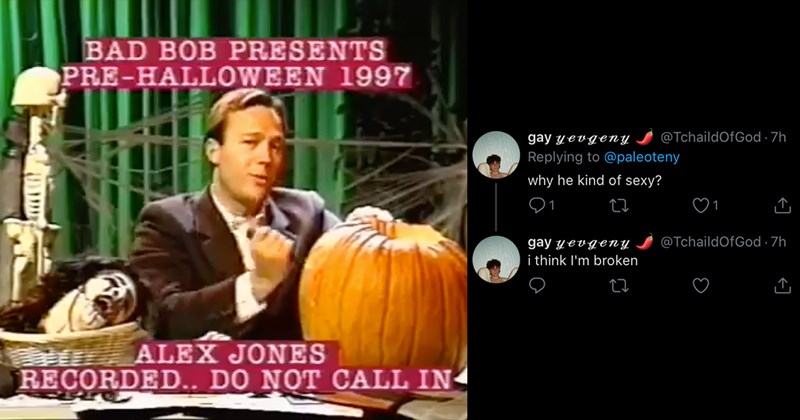 While many of you may not need an excuse to binge horror movies, many people see "Spooky Season" as an excuse to pop some corn and enjoy a month of bloodcurdling screams, tense music, and campy themes. Being cooped up due to the pandemic has made this one of the more safe ways to enjoy the days leading up to Halloween. While it's unrealistic to expect to spend every night indulging in blood, gore, and anxiety, but we've got loads of horror-related memes to enjoy while someone else is in charge of the remote. They may not get your heart racing, but they will keep definitely keep that spooky spirit goin'. 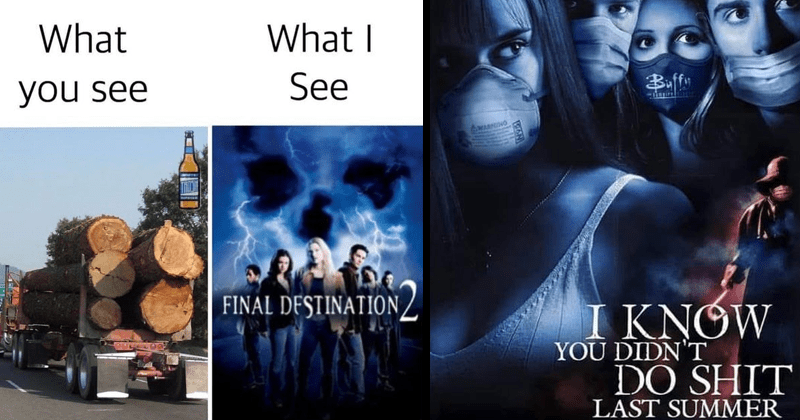 Feeling bored? Craving comedy? Need a spicy and scathing take to reinvigorate your sad brain? This gallery of tweets may be exactly what you're looking for. They're not going to win any prizes in the journalism department, but they may fill the unhappy and bored void in your heart temporarily. And that counts for something. 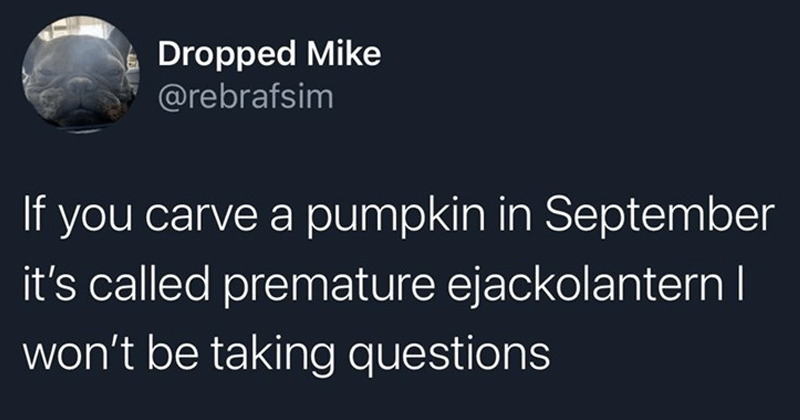 It's Spooktober and we're literally shaking in anticipation for Halloween. We might spend the 31st hiding from creepy Covid-19 this year, but that doesn't mean we can't enjoy some festive memes all month long! Here are 20 classic skeleton memes that will get you stoked for the chilly autumn season. 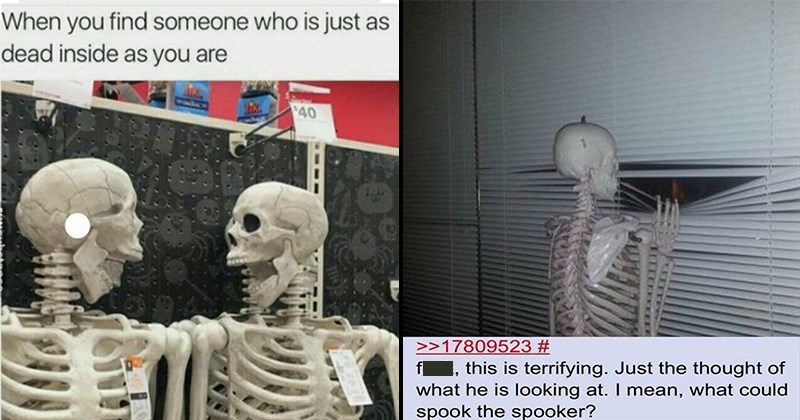 It's that time of the year, folks. The leaves have started to fall. The air is cooler. It gets dark earlier. And things feel just a bit more creepy. While this "spooky season" is a little less fun because of coronavirus, we're still planning on embracing skeletons, fall treats, and of course - horror movies. We help these memes aid you in feelin' the spooky spirit, too. 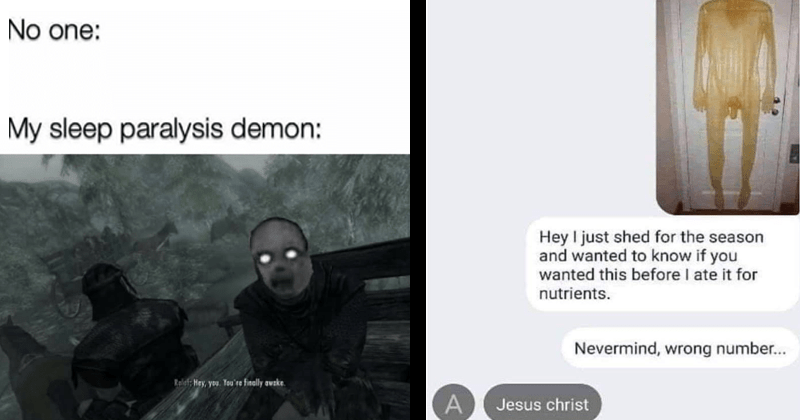 Here in the United States, despite the wildfires and pandemic, temperatures slowly lowering and spook enthusiasts are growing excited. This year's autumnal festivities  may not be as fun as previous years, but we can still have some skeleton-forward Halloween fun on the internet. And this gallery will help you do just that. 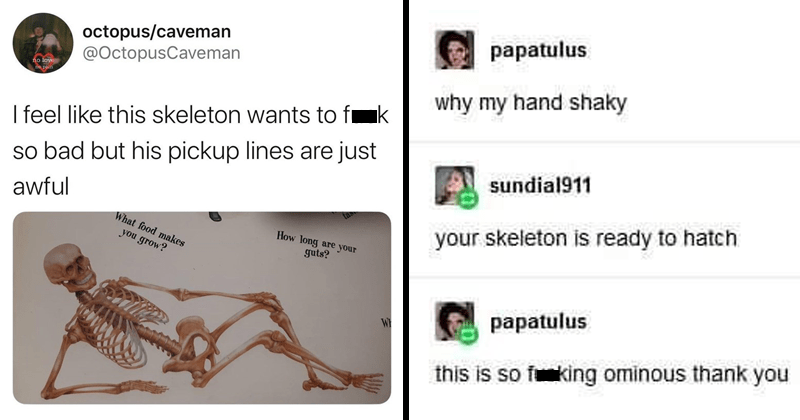 Autumnal Memes For People Who Crave The Spookiest Season

Hold onto your hats people, it's September and you know what that means: it's the season of spooky movies and pumpkin spice lattes! Who cares if it's still 90 degrees outside - it's fall time, b*tches. Now please enjoy the following autumn-themed memes because we're ready to get all spooky up in here. 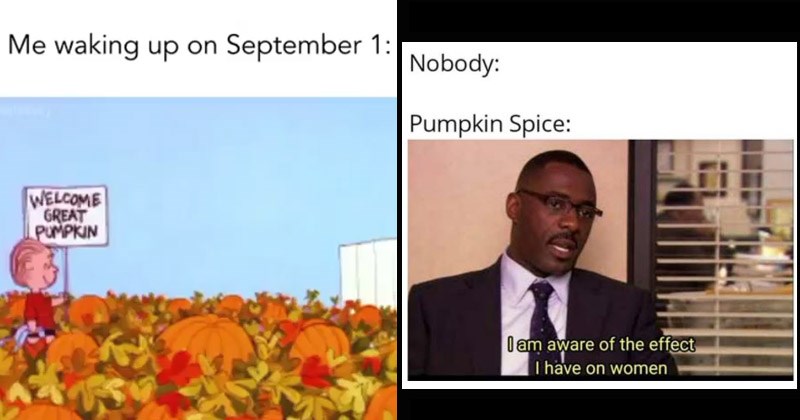 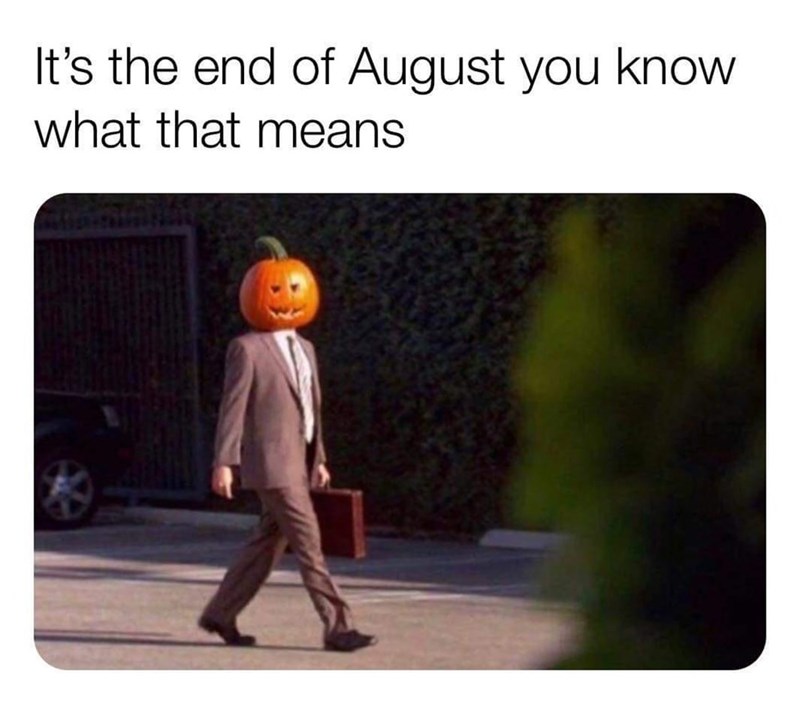 It's time for the PSL! 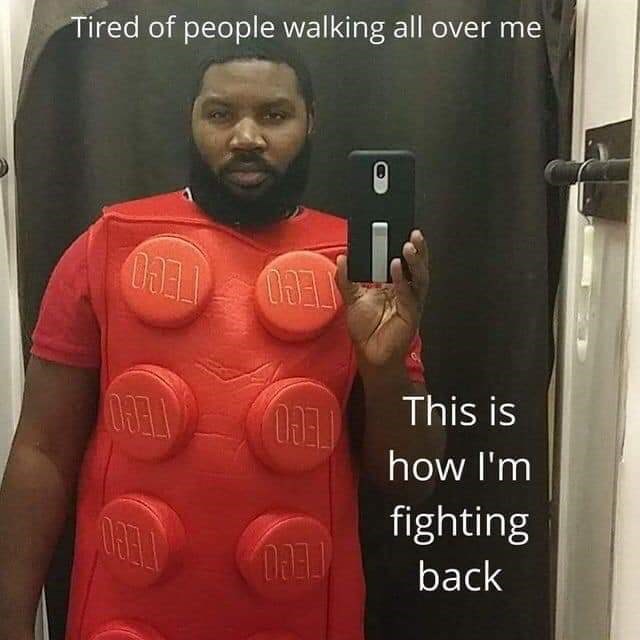 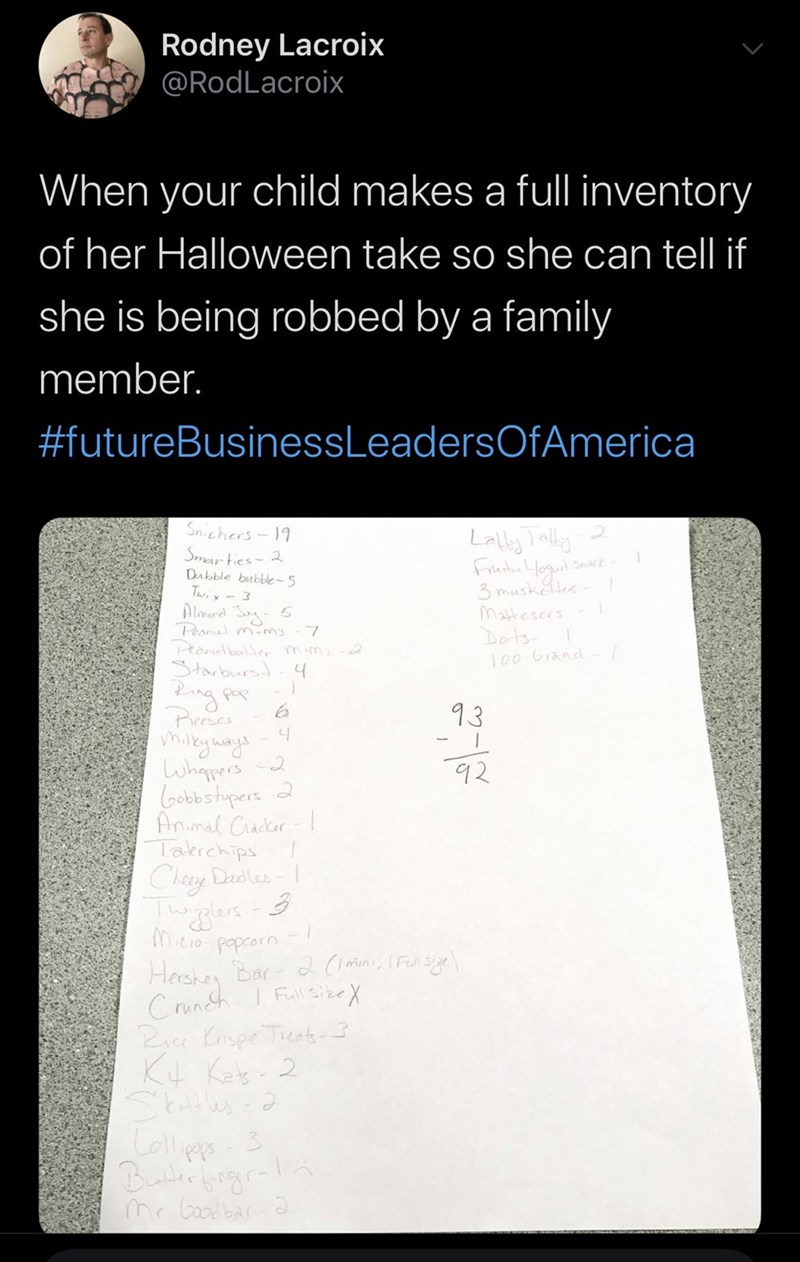