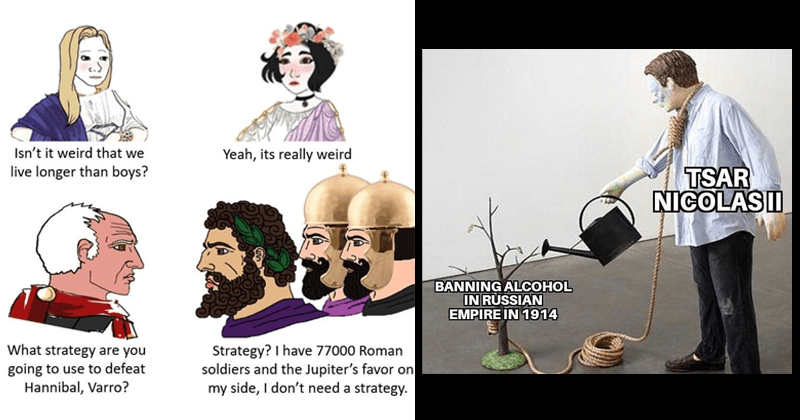 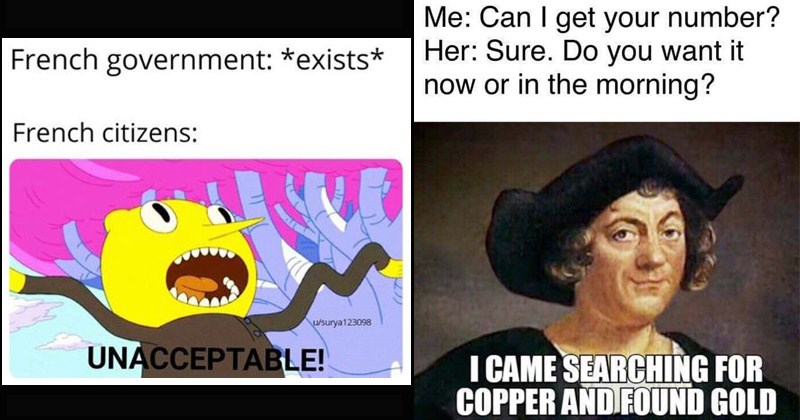 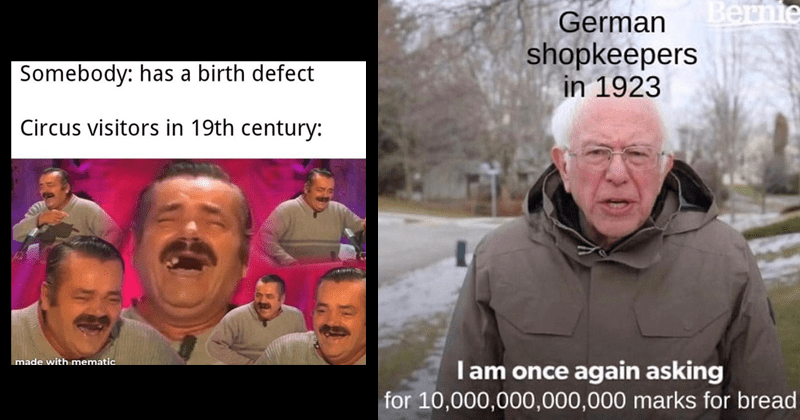 If you're not a history expert or weirdly obsessed with WWI, the premise of these dank history memes may surprise you. Apparently, despite widespread use of deadly weapons such as the machine gun, Americans and their use of shotguns were the subject of an actual German protest in 1918. The Germans felt the guns were a form of terrorism, that the caused unnecessary suffering. Their protest was not taken seriously - especially because the Germans were using some pretty terrible weapons of their own. Chlorine gas, flamethrowers - even giant Zeppelin bombers.

The Germans were so appalled by the Winchester shotguns that they threatened to execute any Americans carrying the weapon. Their threats didn't sway the US Army, who kept using the guns. Some people even credit the weapons with the defeat of the Germans. Right now, the guns (and the protests surrounding them) are the subjects of an insane amount of history memes, mostly popping up in meme communities on Reddit. And they're pretty freakin' funny. We've put some of the better examples in this gallery, but we bet you can find some more if you creep around r/historymemes. Happy scrolling! 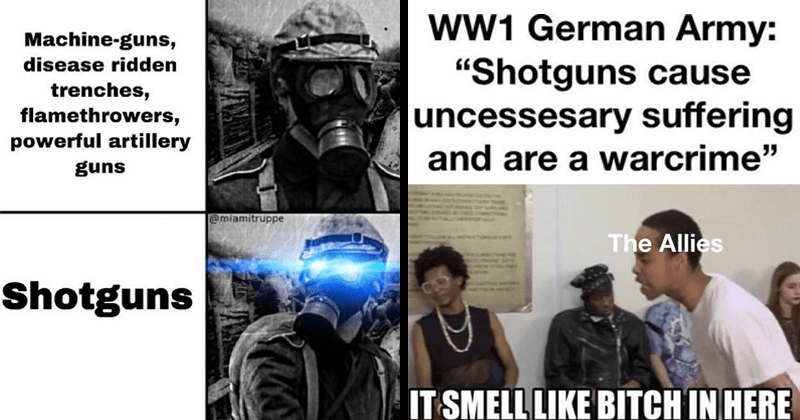 Good news for history buffs who also happen to appreciate the finer things in life. And by finer things, we mean anime. These history meme/anime meme mashups offer the best of both of those worlds. Finally, a way we can enjoy the dark themes of WWII and our anime girl fantasies all at once. 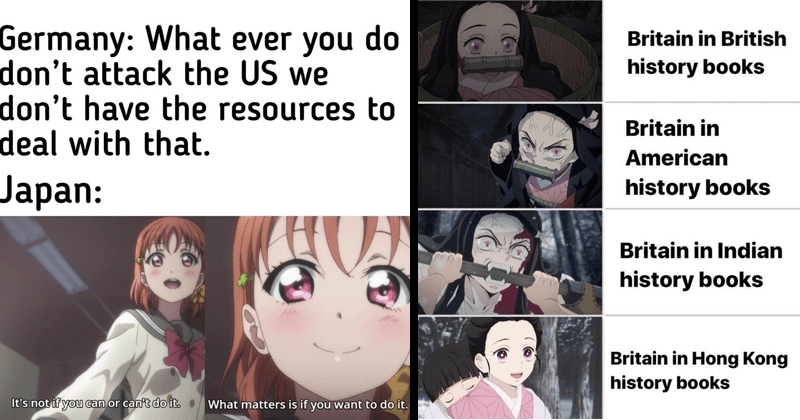 History is a lot more fun in meme form, isn't it? 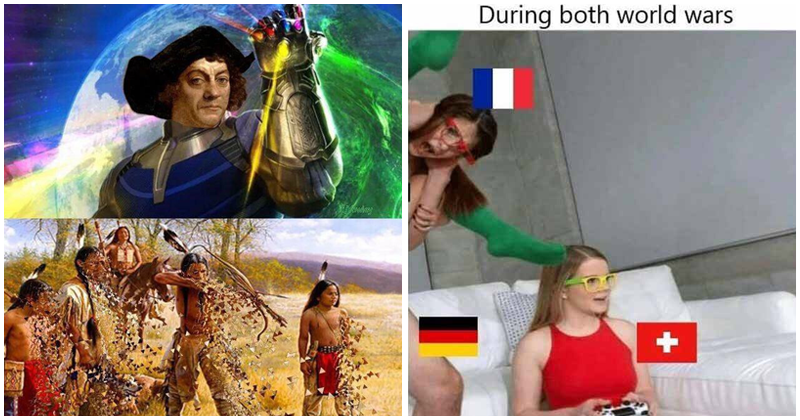 If you think your most embarrassing story is bad, just wait til you read writer Anbara Salam's mortifying Twitter story. Let's just say, it involves nudity, a language barrier, and a whole lot of crying. Get ready to cringe.

Head on over to Fail Blog to read even more embarrassing moments! 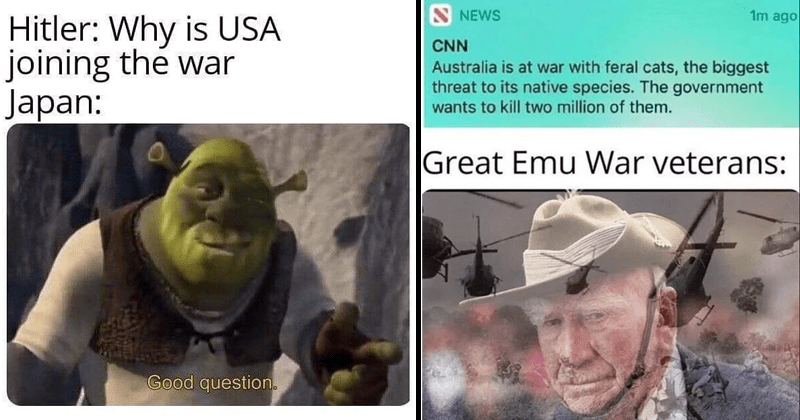 European Memes For Those Hungary For Some Dumb Comedy

We don't want to Russia you, but we think you should scroll down ASAP to look at these Belgrade-A sh*tposts. They're worth Czech-in' out, we promise. They'll make you say, "Irish I could go vacation in Europe right now." They'll make ya laugh and Serbia well. 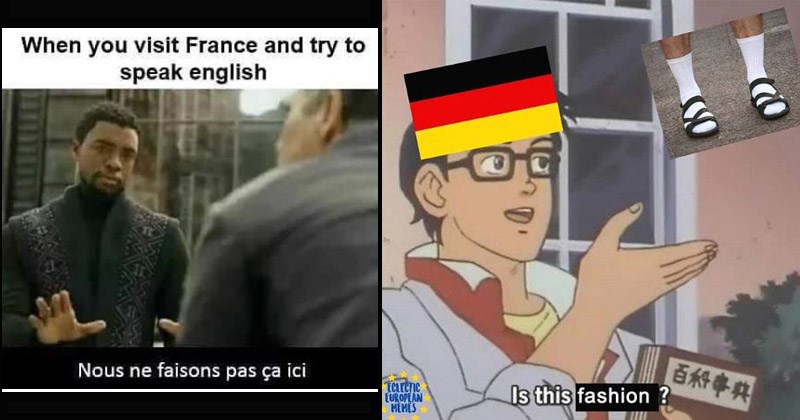 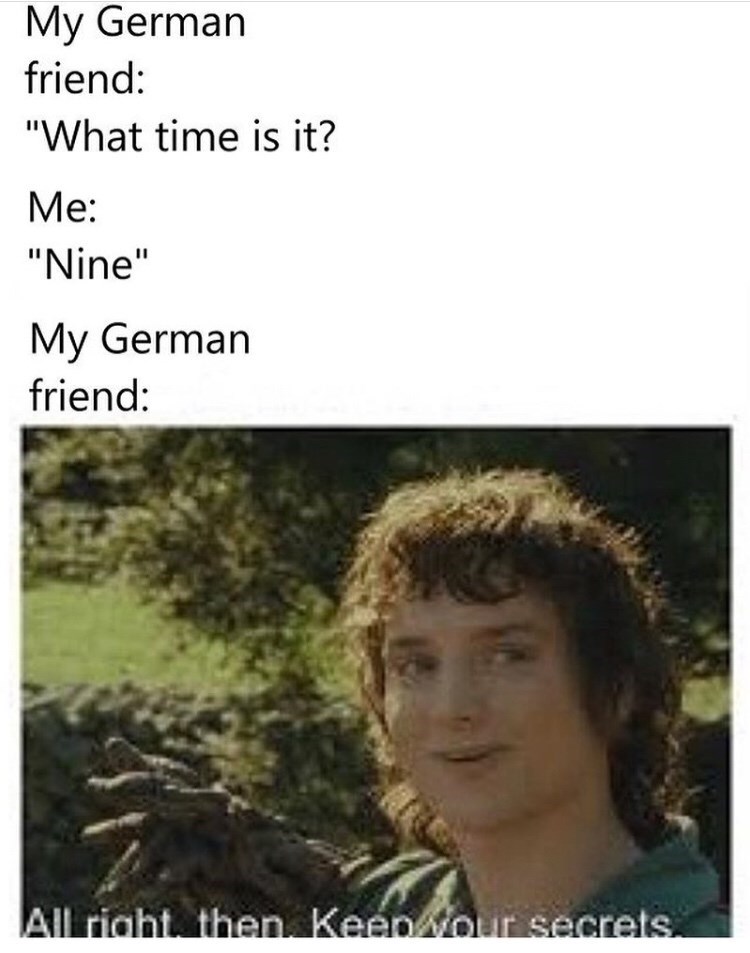 Via The Monocle Bird
Repost
Recaption

It may only be Monday, but this video of the famously drug-addled Adolf Hitler might be the wildest piece of history we see this week. The footage features the Nazi leader rocking back and forth looking very agitated, and very much under the influence of uppers. Wonder what his "jitters" looked like towards the end.

We all have moments where if we give into our demons we'll completely crack. Sometimes you need to avoid reality. Fake it 'til you make it. Put on a happy face. These amusing memes should help you do just that. 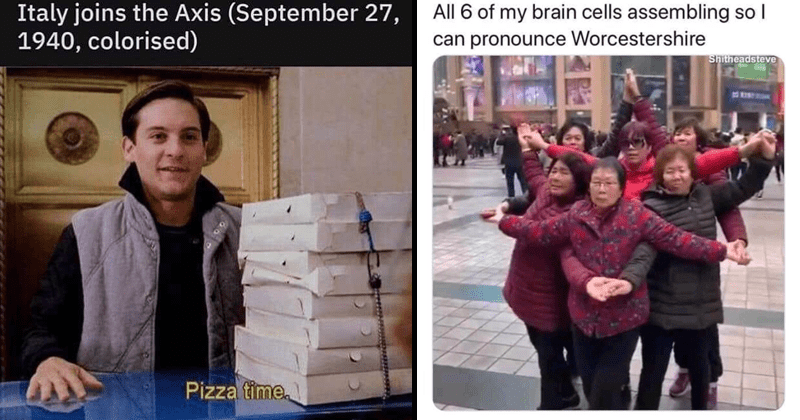 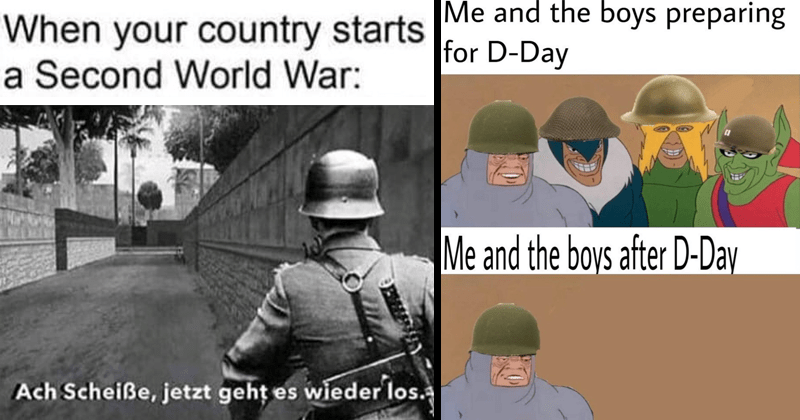 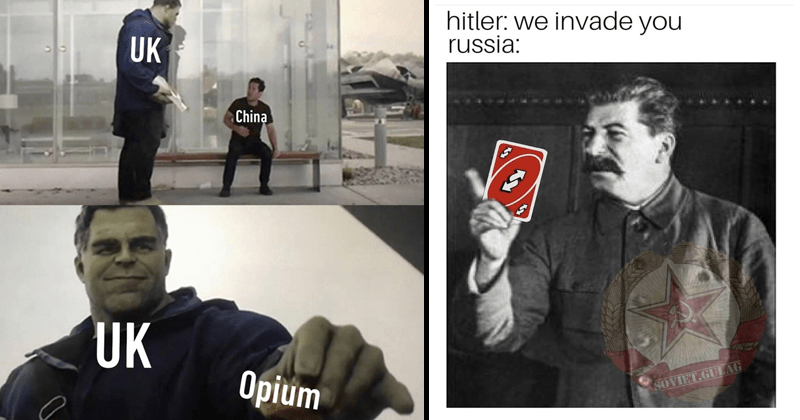 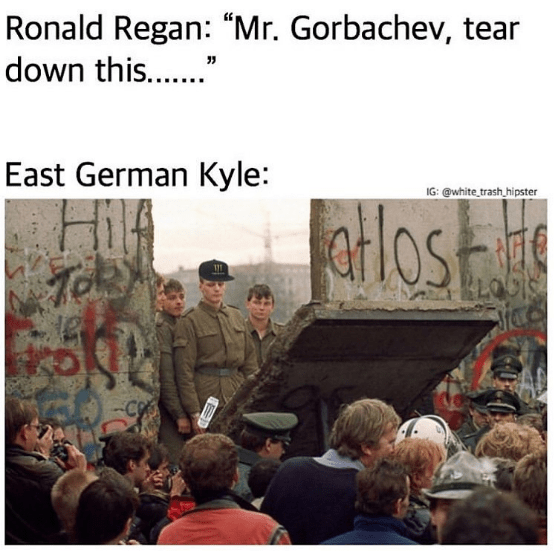