Who's a bad boy? Who is? That's right, you are. Bad dog! Not even once. Dogs are angels, and even after they have finished ran sacking your house down to the studs, we still will (and should) love them unconditionally. How could you not with that face. But the only thing better than one bad dog, are the best dog memes around, to keep you laughing the day away with man's best friend.

As Robert Behnken and Douglas Hurley hurtle into space on the first commercial aircraft designed and now used for spaceflight to transport astronauts, you have to wonder what it looks like. Not just space, that is incredible enough. But the SpaceX Crew Dragon  is truly an amazing spectacle. From the mind of Elon Musk, this spacecraft is unlike anything we've ever seen. So take a look around at the inner workings of this incredible space craft. Maybe you'll be on board one day.

If you're looking for even more satisfying science gifs, check out these amazing hydraulic press gifs that will have you in your happy place in no time.

Wild Animals That Are Just As Adorable As House Pets (GIFs)

Cats may rule the internet, but they don't have a monopoly on being cute. There are any number of animals that the second you see them will force out an involuntary "awwww." So before you huff off and disbelieve anything we say, take a quick scroll through these gifs and you're guaranteed to fall in love with at least one of these lovable feral friends. Don't forget to check out these hilarious squirrels or fantastic gifs so you really have your procrastinating going full throttle.

Gifs To Keep You Bright-Eyed and Bushy-Tailed

Time for that dose of gifs and loops to keep you purring all day long. From animals to people and everything in between, there is something for everyone here. Some of these you just have to watch again to make sure you pick up on anything you missed. So whatever your reason, check out some of these gifs now and keep your day on track.

Via Joey's Reactions are the Best- Friends | dotvideos
Repost
Recaption

It's a pretty incredible feeling the second your brain connects two errant thoughts together. An almost euphoric sense of understanding and clarity comes over you before the excitement of whatever you discovered kicks in. So revel in those moments, as fleeting as they might be, and appreciate that you can string two thoughts together. It's not as obvious as you'd think. Check out even more hysterical sitcom gifs here if this fit's your fancy.

So you've become a slave to the daily grind. Just a cubicle a monitor and whatever daily task you've been given. All you can think about is a breath of fresh air, and getting out of that stuffy environment. Well it looks like your instincts are more than boredom based and a desire to change, it looks like you NEED that in order to maintain healthy stress levels. 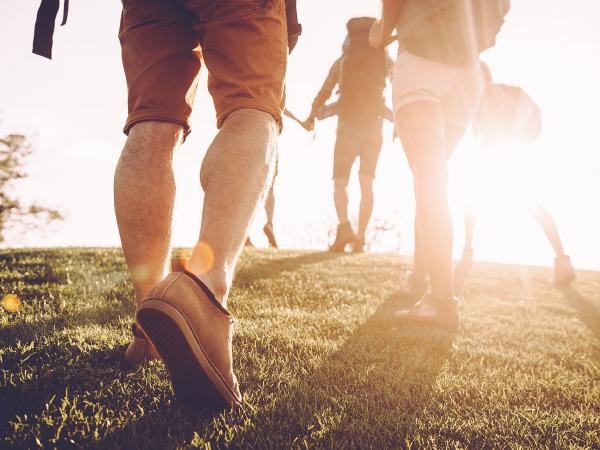 Loops Heard Round the World

Did you hear that? It sounds like the cries of 1 million gifs waiting to be free and released to the world. And while we may not have all of them ready for you, fortunately we managed to search to find some of the best gifs around the internet. That's right, no longer will you have to settle for old reused loops and gifs. Now you'll be able to appreciate and enjoy the newest and latest cycling images from all over the internet.

Gifs Are Taking Over And Filling The Interwebz

It's a sign of the times. Even social media is bowing to the inevitability and allowing gifs to invade their sacred spaces and become part of the public discourse and general online conversations. You can't deny sometimes no matter how you write something in a text, you really can't bring across your meaning. But if you want even more incredible gifs to add to your online conversation repertoire incredible gifs.

Do Gifs Have Nine Lives?

Gifs seem to take on a life of their own. Though some are simply viral for a time, others have become mainstays. There is a certain whimsy to watching the images flash by, each time trying to figure out a new piece a new little Easter egg within the clip. Can you find them all? If you can, check out even more incredible gifs to check out how keen your eye truly is.

Sports Gifs You'll Be Glad To Have On Replay

It's time to take your game to the next level. You might consider yourself a sports fan, but its not easy to keep up with all the action happening in so many leagues in so many places. There just isn't enough time to watch all the games and matches. Luckily, we put together some of the highlights of the past week so that you don't have to. But if this isn't enough for you, get a double dose of sports gifs and highlights to make sure you really get the best of the best right to your screen.

In St. Louis, lawyers Mark and Particia McCloskey found themselves once again a viral couple on the internet, but this time for slightly different reasons. Last time, people were amazed by their meticulous restoration of their mansion to it's former glory. This time, during nationwide protests seeking significant change, the couple caught the ire of Twitter and the internet overall. It spawned both an intense discourse, and a lot of great memes.

Further videos showed the protesters entered a private community without permission, so the situation is not all that it seems. In the context of what happened, it is more understandable that these homeowners, who spent years restoring their house to it's former glory, might overreact.

What do you think should have happened? Who is in the right here?

So you're John Mayer. You've dazzled and crooned to crowds the world over. You're about to play "Gravity," one of your most legendary hits. How do you make it special? How about playing with a fan's guitar. And that is exactly what Meyer did. At a recent concert he played, a fan passed a guitar to the front, hoping Mayer would play it.

He immediately obliged, much to the appreciation of the crowd, and continues playing the entire song with his fan's guitar. Not only did he play a set with it, but he signed the guitar and tuned it for the fan as well. 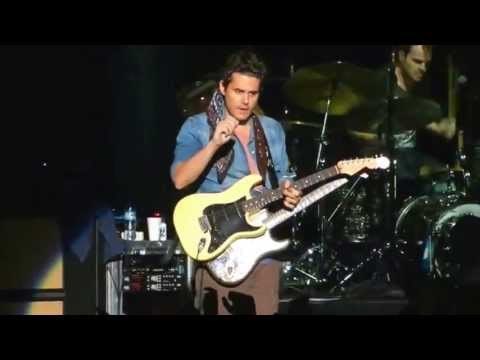 Scientists Gave Cuttlefish and Shrimp 3D Glasses Because Why Not?

Sometimes you really come up with an amazing study idea, with a potential success rate of about 0%  to succeed. You're colleagues may think you're crazy, might even laugh at you, but you keep pushing it. And if you get to that point, you'd be where these scientists from a international team at the University of Minnesota, who decided to examine the cuttlefish and its field of vision while hunting, using 3D glasses.

We're not talking about the latest tech that resemble regular glasses. No, the red and blue glasses of yore that used to come with the first "3D" movies. With any number of methods to measure these reactions to prey and stimuli, that the scientists opted for the retro method, especially with its challenges, is surprising. But it just makes for some of the best visuals possible so here is what happens when you put 3D glasses on cuttlefish and feed them lots of shrimp to do it. The results were even more surprising. 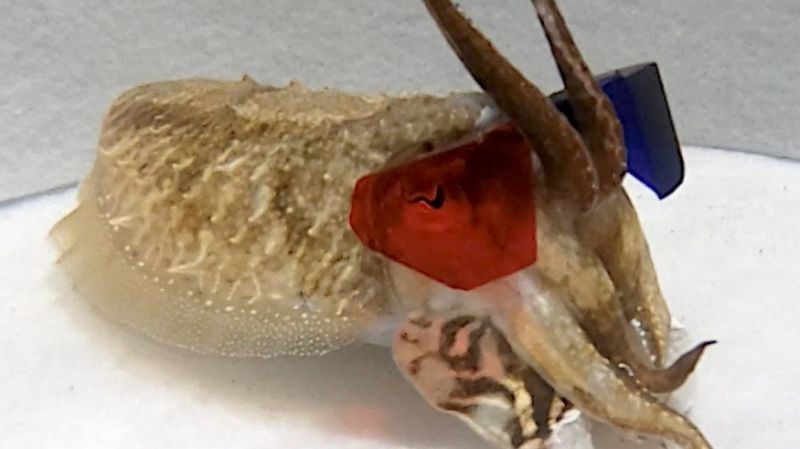 Feast Your Eyes on These Mesmerizing LGifs

Let your brain go blissfully blank and be satisfied with some wonderful gifs. In times like these the best thing to do is stay positive and happy and healthy as possible. So the longer you're distracted, the better. Luckily we have plenty of gifs  to get you through this period and in high spirits! So don't wait for inspiration to come, let your mind relax with these scintillating gifs.

Everyone has their recipe for french fries and potatoes. But more often than not, when you make solid potatoes, finding success getting a crunchy outside is a rarity. Who wouldn't want to make their own potato wedges like they do at their favorite fast food joint, but without the accompanying heart attack, and make it taste even better. Luckily, a number of YouTubers have come up with solutions to help you make the perfect crispy potatoes.

This is the SeriousEats method that has been lauded around the internet as one of the best. Check it out and try it for yourself, you might have the winning side dish to bring to every gathering. 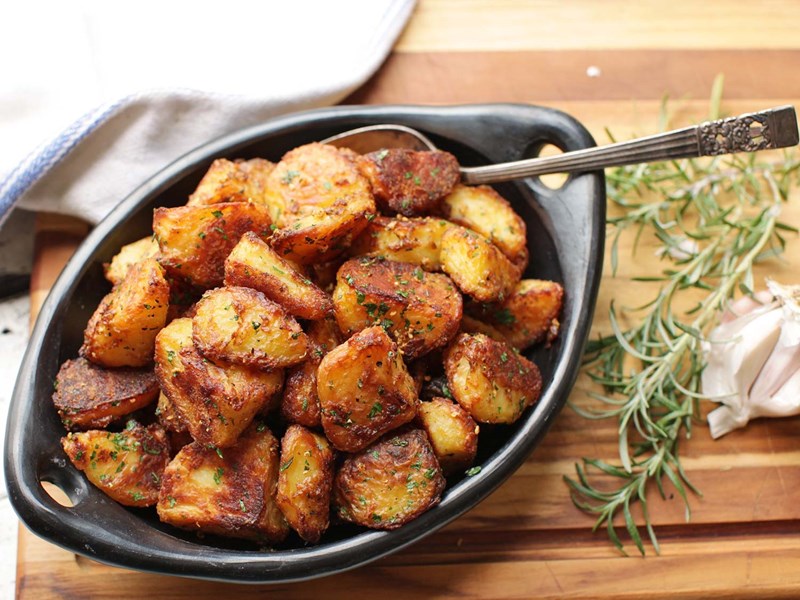 This is the Rarest Steak in the World - Olive Wagyu

You've probably tried filet mignon, maybe even dry aged steaks, or if you're truly a steak connoisseur, maybe you've tried the exclusive Wagyu beef at a high-end restaurant. But few of even the most passionate steak-lovers have had the chance to try Olive Wagyu. Only 2200 olive Wagyu exist, with a few chosen each month for  and even some well-versed in Wagyu will not be able to tell you where to find some.

With the highest grades (A5) being sold for $240 a pound, that price is doubled when it reaches the restaurant table. These cows live off of a diet of specially toasted and caramelized olives. This gives them the highest fat content of any cow, and it means above all steaks, the ultimate "melt in your mouth" feeling. So sit back and let your taste buds go wild. Maybe you'll be lucky enough to try it one day. 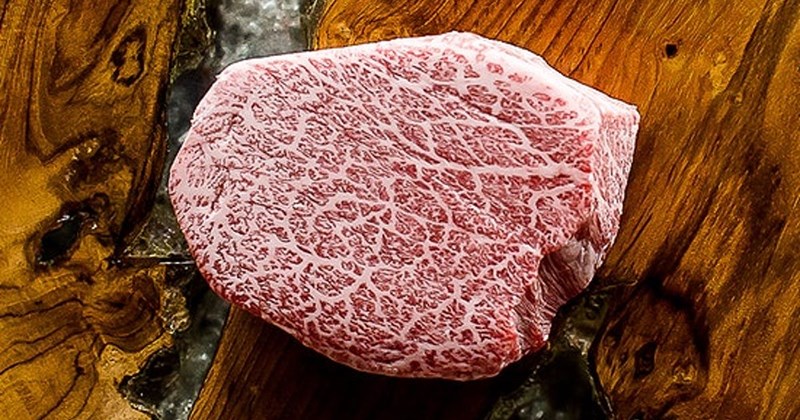