Anyone Else Still Get a Kick Outta' the Saints Row 4, Metal Gear Solid Parody? 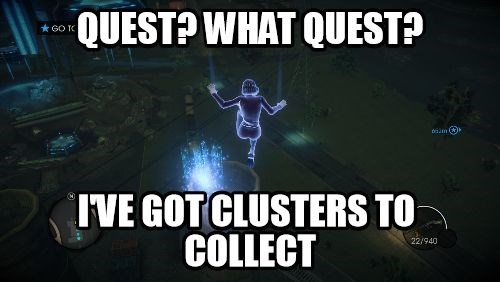 Everytime I See Something About Saints Row IV... 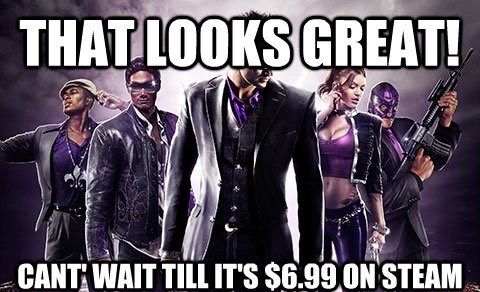 One of the Problems With Character Customization 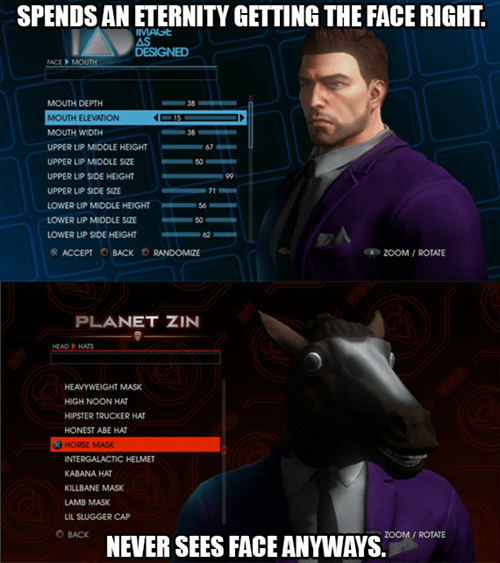 This seems to happen in just about every game I can make my own characters in...

Still a More Reasonable Bundle Than Any of EA's 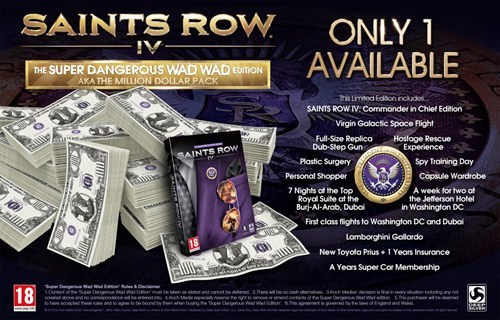 By ThJake (Via Geeks of Doom)
Repost
Recaption

That's right, a special edition of a video game that costs one MILLION dollars. The outrageously dubbed Super Dangerous Wad Wad Edition (or Million Dollar Pack) is very real, and though you might think it's a joke, the Wad Wad Edition actually backs up the price tag with some insanely cool goodies, including a freakin' Lamborghini! In addition to a Commander in Chief Edition of the game, of course, and the Lamborghini Gallardo ($191,000 to $248,000), your $1 million will also score you a Virgin Galactic space flight ($250,000), seven nights in the Royal Suite at Burj Al Arab Hotel in Dubai ($22,900 per night), a week for two at the Jefferson Hotel in Washington, DC, first class flights to both Dubai and DC, a new Toyota Prius with a year of insurance, and much more. 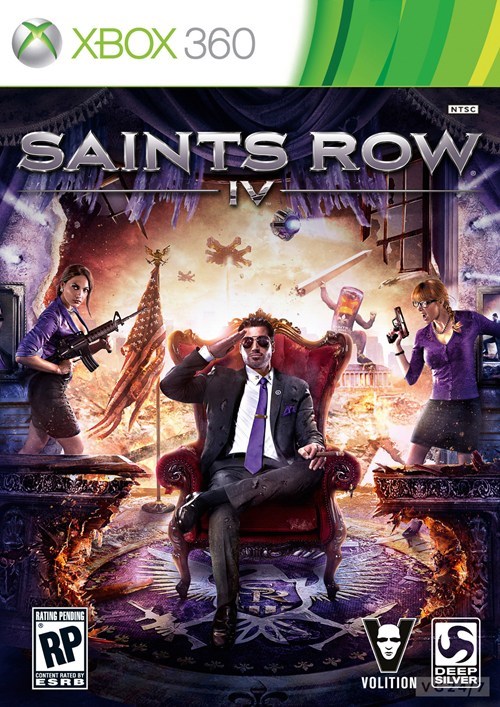 Disclaimer: Some of the content may not be safe for work, but come on, it's Saints Row IV and you should know that.

I'd Buy This Crossover 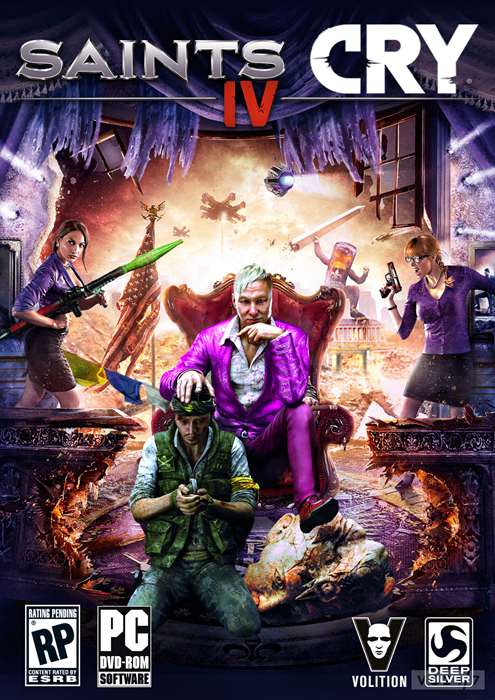 If You Want to Meet Your Ridiculous Game Quota 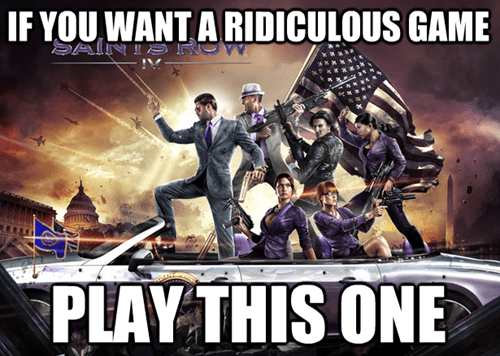 Spotlight On Our Favorite Femme Memelords