News outlets are treating rumors of Mother 3 in the West like the game is all but confirmed, but I'm keeping my salt handy until we actually hear from Nintendo. Frequent Nintendo rumor pot-stirrer Emily Rogers made a big claim on her Twitter that Mother 3 would finally be released in the States in 2016. Shortly thereafter, Liam Robertson of Unseen64 chimed in to say he had heard rumors of the same thing. Neither of them have track records strong enough to get too excited about, but reliable European news outlet Eurogamer has also entered the fray confirming they had heard similar claims of the game coming to Wii U Virtual Console in the West in celebration of Mother 3's 10th anniversary.

Take from that what you will, but I'll be here waiting for an announcement from Nintendo before I let myself get hyped.

Mother 3's Ending in a Nuthsell 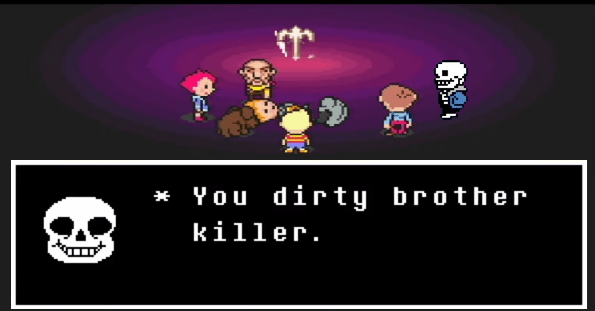 The sound of Travis's relentless fury fills you with...something. 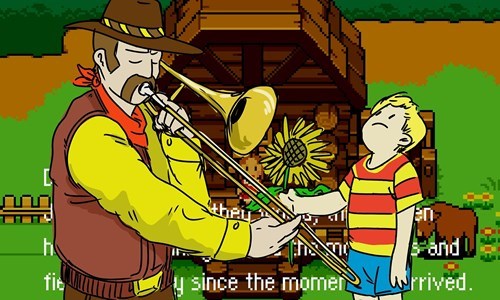 The Boulder is Over its Conflicted Feelings 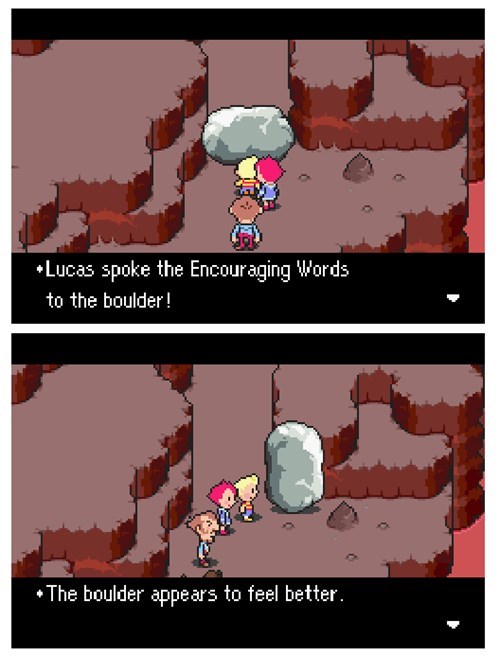 Y'know, Just Being a Jerk to a Jar 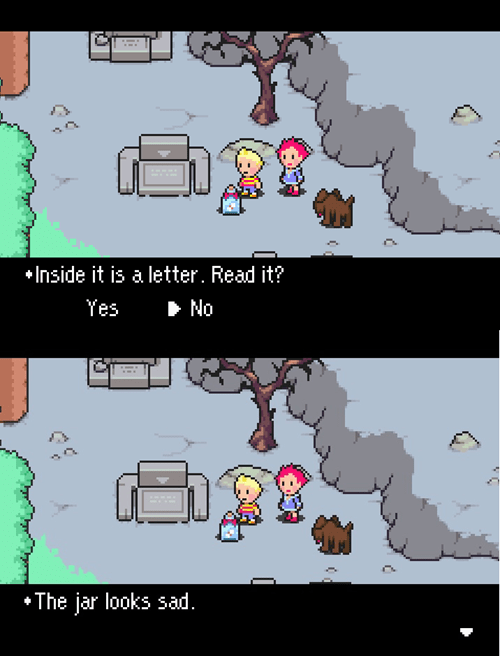 The Most Depressed Video Game Enemy Ever 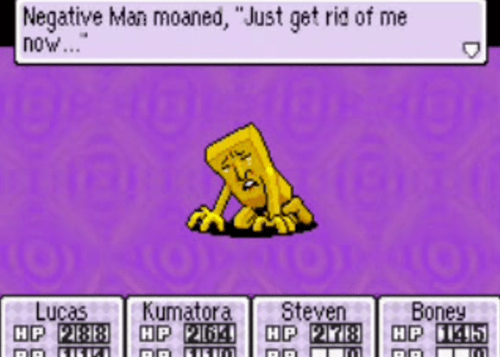 Poor Negative Man, not even you deserve this.

Forget Miley Cyrus, Wess from Mother 3 Has the Moves

I Didn't Know That You Could Deliver That 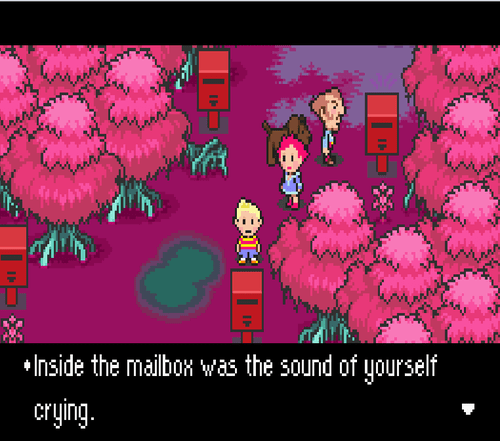 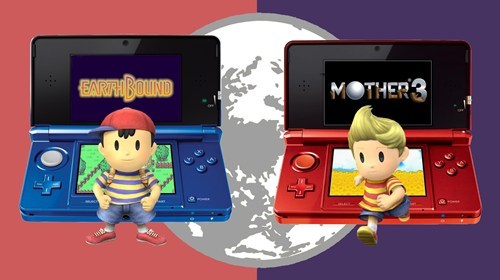 WELCOME TO THE SALTY SPITOON! 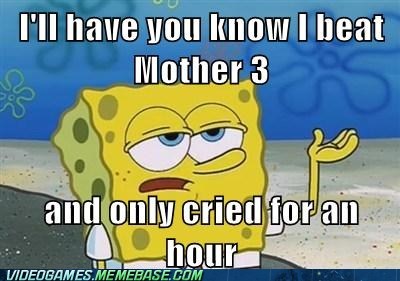 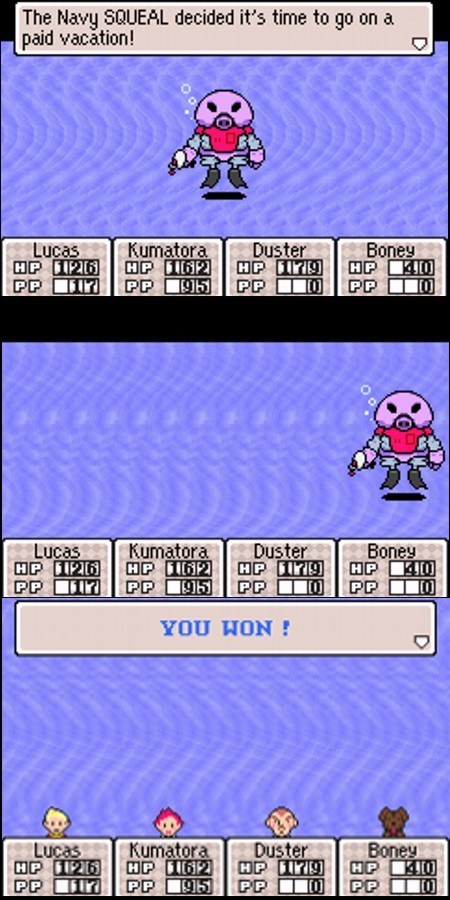