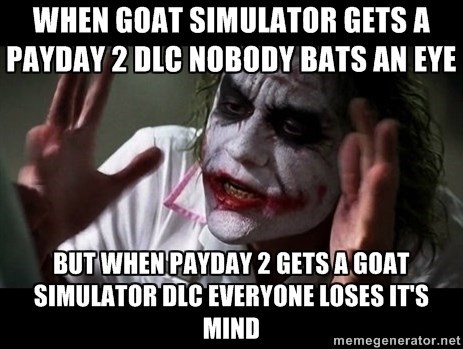 It even makes me mad... What's your opinion?

Payday 2 Has Goat Simulator DLC and I'm so Confused

For $6.99 you can subject yourself to complete chaos in Payday 2:

WHEN THE PAYDAY GANG WERE ORDERED BY VLAD TO INTERCEPT A TRUCK CARRYING COCAINE, THEY EXPECTED TO ACT AS CLEAN-UP AND COLLECT THE GOODS. EASY PEASY. OR AT LEAST THAT'S WHAT THEY THOUGHT. BUT AS THEY ARRIVE ON THE SCENE AND SEE THE CRASHED TRUCK, THERE IS NO COCAINE PACKAGES IN SIGHT... ONLY GOATS... AND CHAOS... 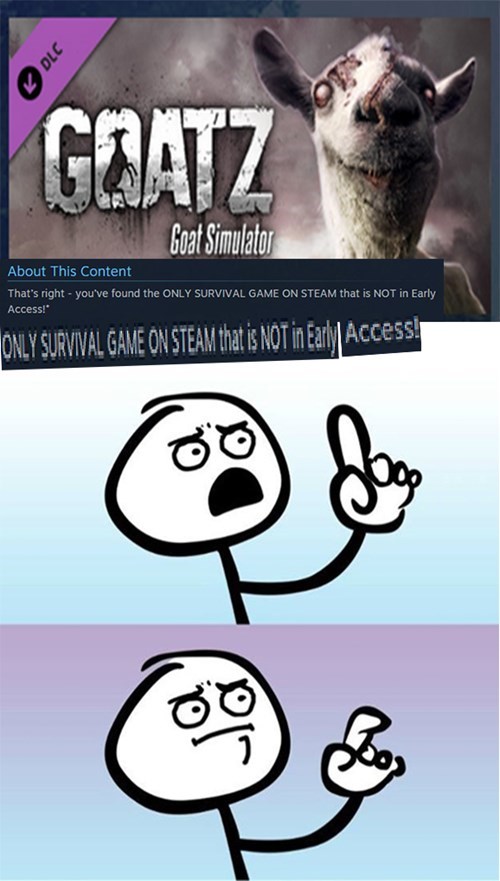 You win this round, Goat Simulator!

Goat Simulator Devs Added This to the Game Credits 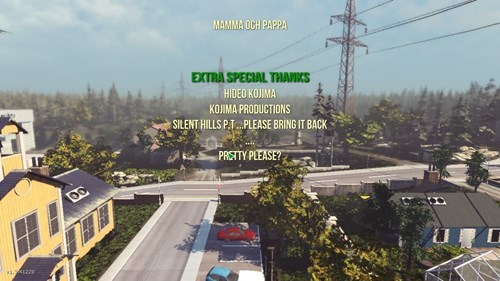 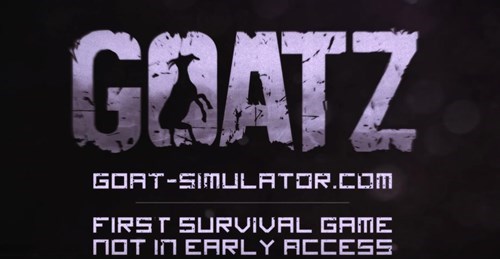 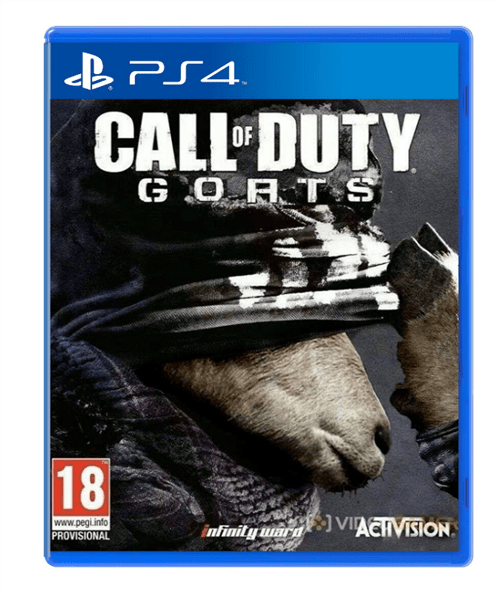 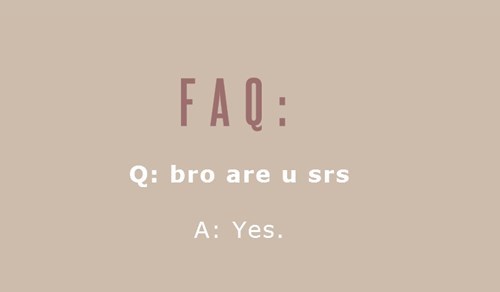 Game of the Forever

Just Waiting for the Report on Fox News 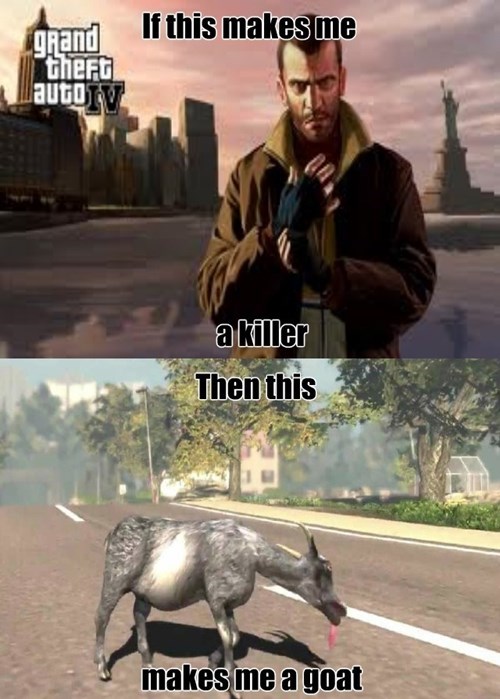 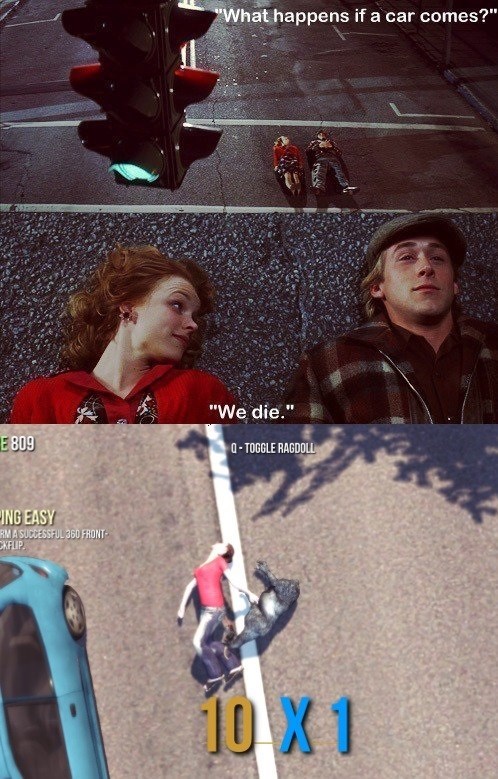 True horror is coming to Goat Simulator in GoatZ, a new zombie survival DLC touted as the "first survival game not in Early Access."  Touché.

The game will feature:

-Mandatory crafting system because everyone else is doing it
-Zombies that bug out. There’s a pun here about actual living bugs, but we’re not going to bother
-You can craft anything in the world, as long as it’s one of the half dozen weapons in the game
-Zombies, because this is a zombie game, remember?
-A pretty big new map with some stuff in it
-Completely realistic survival mode where you have to eat every damn five minutes to survive because Dean Hall & Garry Newman said so

Goat Simulator is Becoming an MMO

Via The Warp Zone
Repost
Recaption

A funny sketch about coming to terms with Goat Simulator.