There's a reason we share so many history memes on this site. Sure, they're almost always funny. But the real reason is that there is just so much material to choose from. Memes are being made using crap that has happened over the span of thousands of years. And that means there's something for enthusiasts of nearly every period of history. Into memes about Ancient Greece and Rome? Well, they're everywhere. Prefer memes about the Middle Ages? Those are pretty prolific as well. Don't even get us started on World War II memes. There are plenty, but we have to be a little more careful with 'em due to the utter bleakness of the subject matter. So if you're looking for some historical entertainment, chances are we'll have a good meme for you in here. Don't thank us - thank the past. 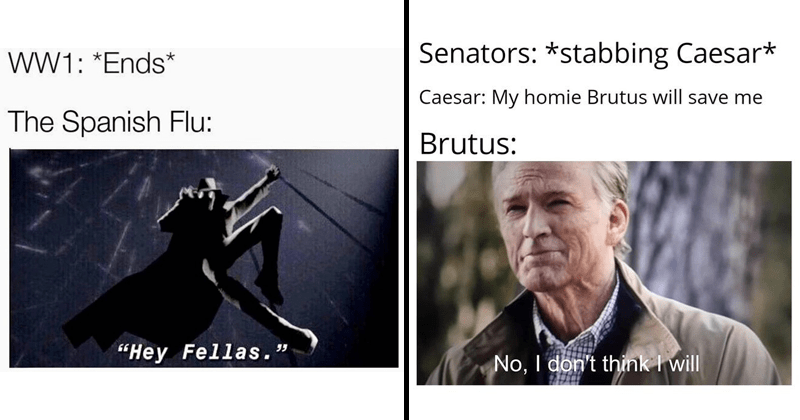