As writer and director Joss Whedon comes under fire for a history of alleged abuse and misconduct, Twitter is taking the opportunity to burn Whedon's notably goofy writing style through a clever snowclone meme. The first examples of the meme seem to have come from @MeganBitchell, who posted stills from Silence of the Lambs and Saw captioned with Whedon-esque dialogue.

Once well-known for girlbossing his femme characters and fancying himself a champion of feminism, Whedon's 'wokeness' and stylistic instincts have become somewhat of a joke in light of recent accusations. The fact that people can parody his dialogue with little effort makes the meme even funnier. Try it out—it works on literally any movie. 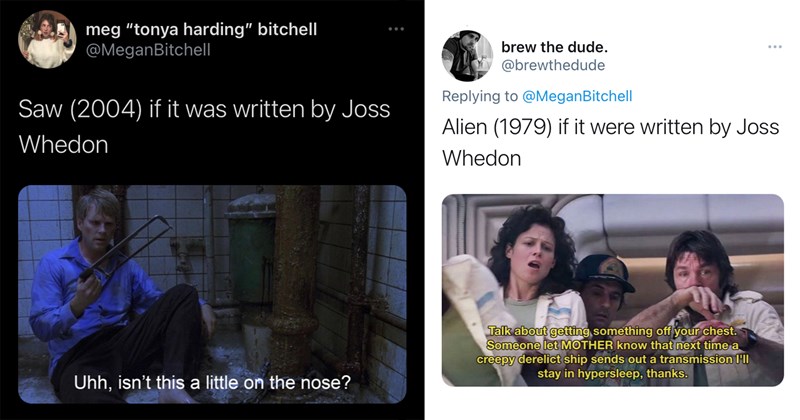