"Those Are Rookie Numbers" is a meme featuring a crazy-eyed Matthew McConaughey in the 2013 film The Wolf of Wall Street. The particular scene involves McConaughey's character Mark Hanna asking Leonardo DiCaprio's character Jordan Belfort how many times per week he masturbates, afterward stating that he needs to up those numbers. Let the meme-ing commence! 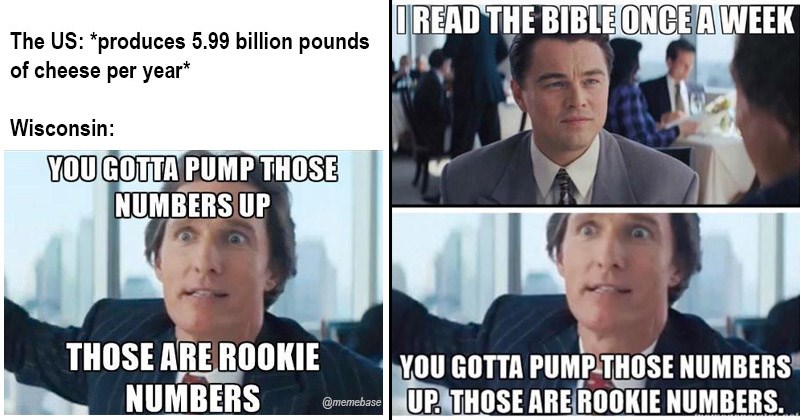 The Wolf of Los Santos

Caturday Memes For The Feline Lovers