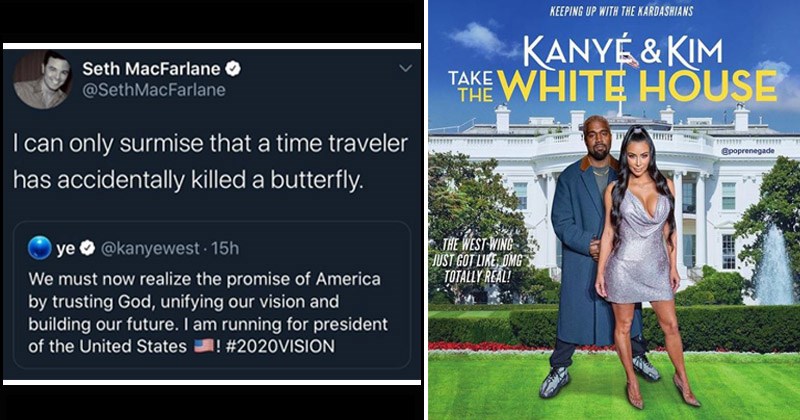 Nancy Pelosi Pointing At Trump Is An Assertive Dank Meme

During a meeting to discuss Syria, Speaker of the House Nancy Pelosi was photographed assertively pointing a finger at Donald Trump. Trump later tweeted the photo with the caption, "Nervous Nancy's unhinged meltdown!" the photo has inspired a whole host of memes from every political angle.

Whether you're a Trump supporter or a Pelosi fan, we think you'll find these trending memes amusing. Or maybe you hate both of them equally! That's certainly an option too! 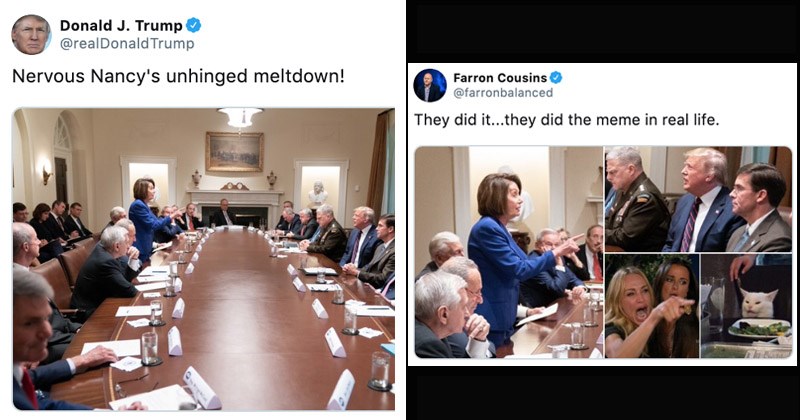 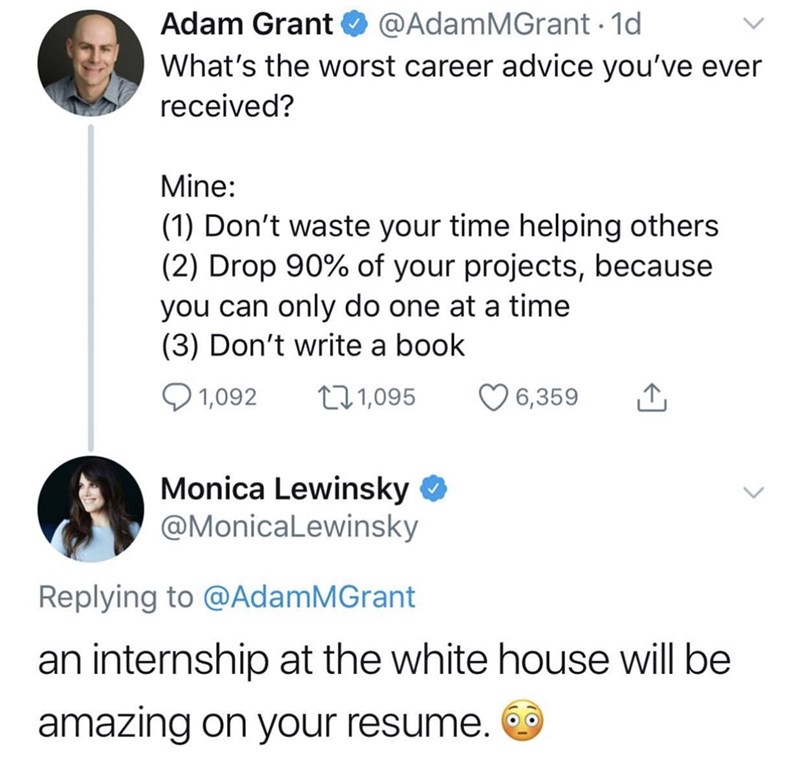 When Are They Gonna Start Touring 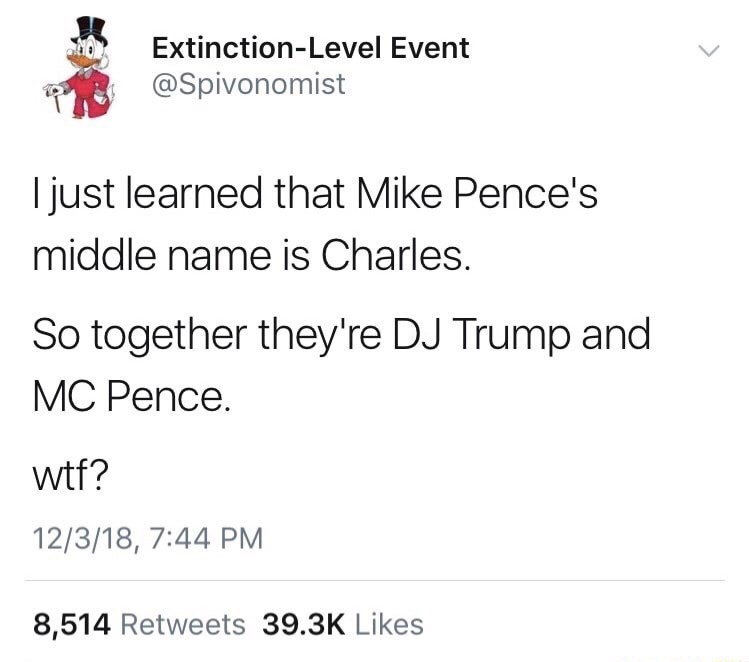 How did no one notice this until now??

Clever Dude Hilariously Beats Scammer At His Own Game

If you've ever used the internet, chances are you've received some kind of correspondence promising a grandiose sum from, say, a Nigerian prince. The blatantly suspect correspondence is pretty easy to ignore - but what would happen if you tried to beat the scammer at his own game? Here's our answer. 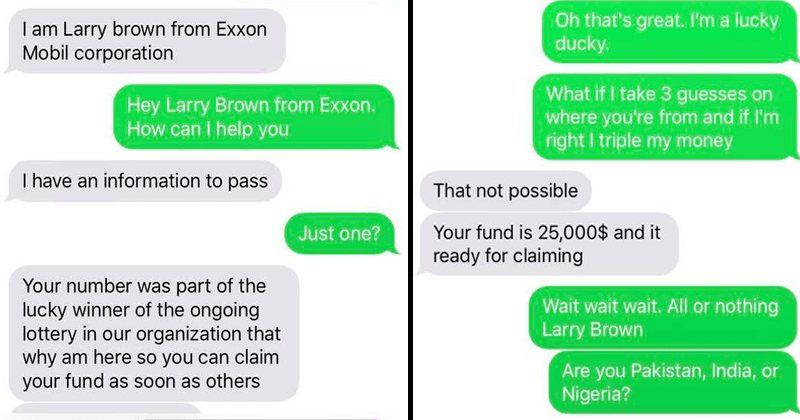 'Now, The Problem With The Asymptotic Theory Is...' 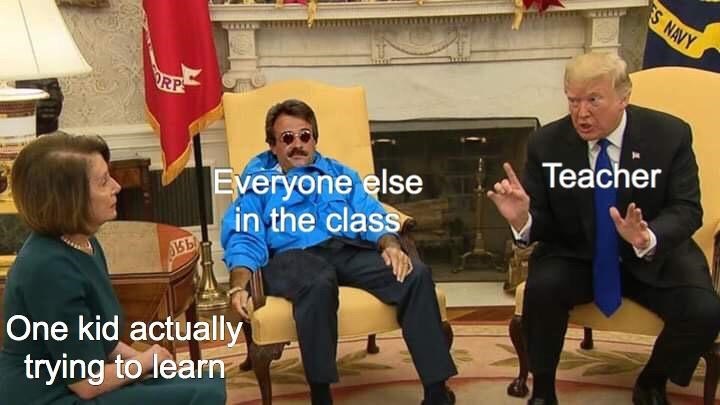 Look at that nerd in the front! 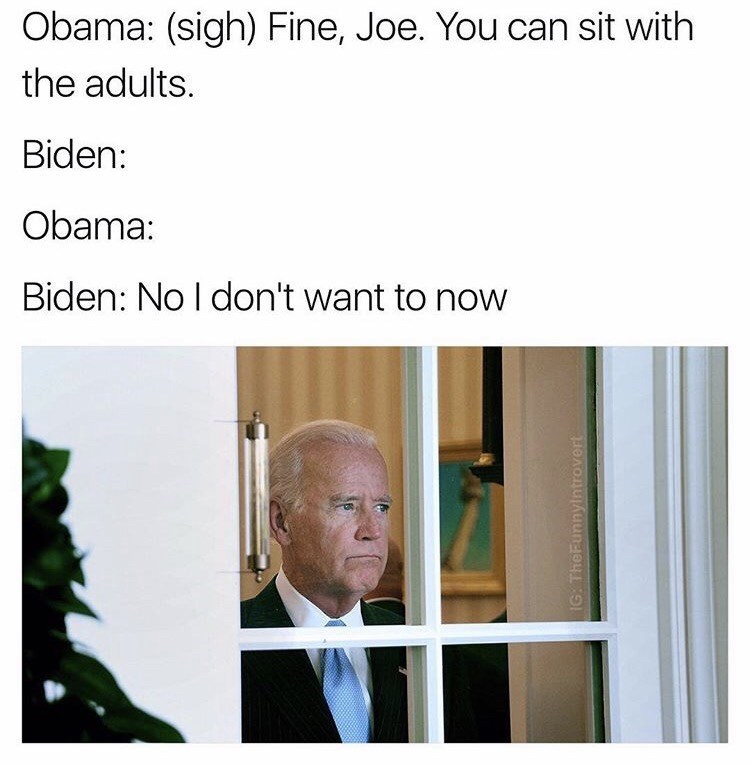 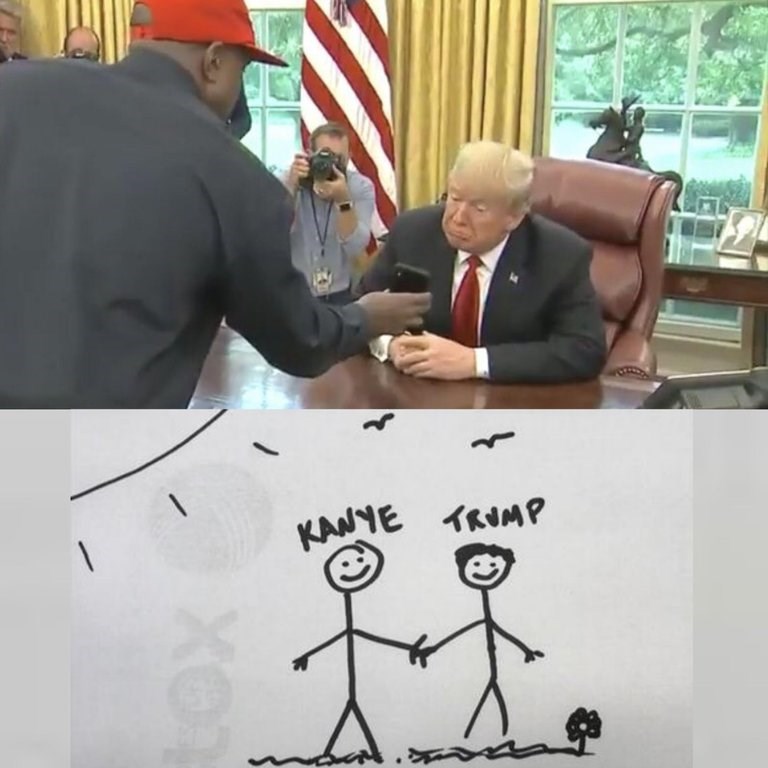 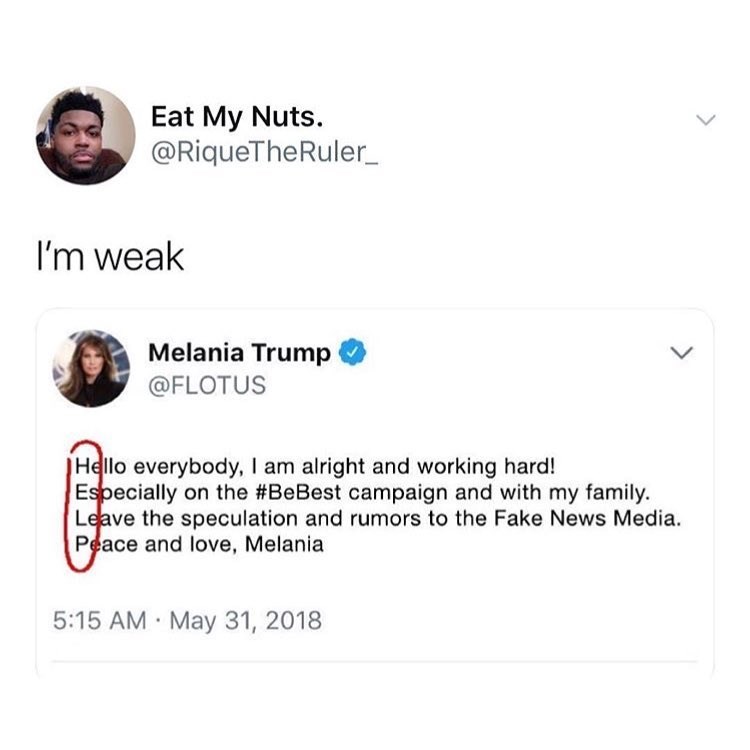 White House Correspondent Saagar Enjeti tweeted a photo of a bag of gross old socks in the White House Press Briefing Room on May 17. As of today, the socks are still sitting there and no one really knows why, but people have some pretty ridiculous theories. 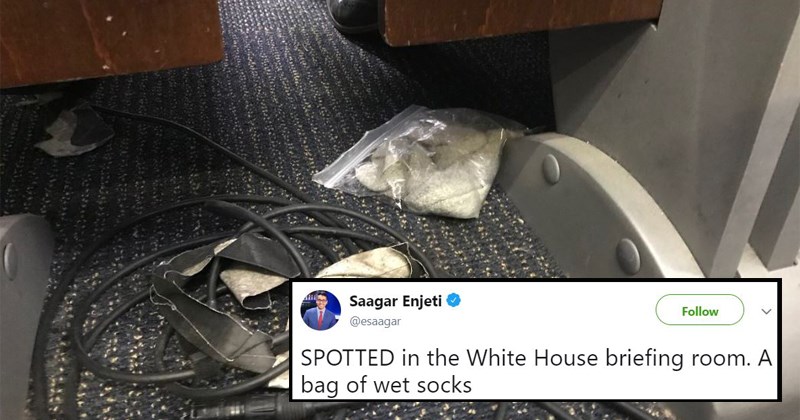 Anthony Scaramucci Is Getting Roasted Hard On Urban Dictionary

It's been almost a week since Anthony Scaramucci was removed from his position as White House communications director, but the jokes are still rolling in. The latest fad in Mooch mockery comes in the form of Urban Dictionary entries. The faux definitions range from predictable (a 10 day space of time) to downright lewd. 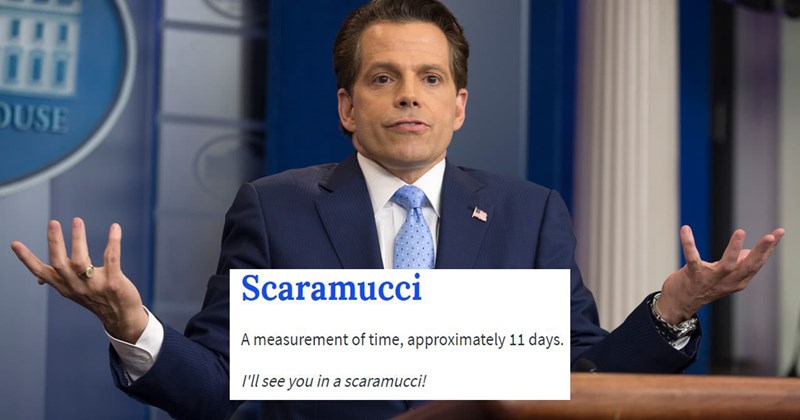 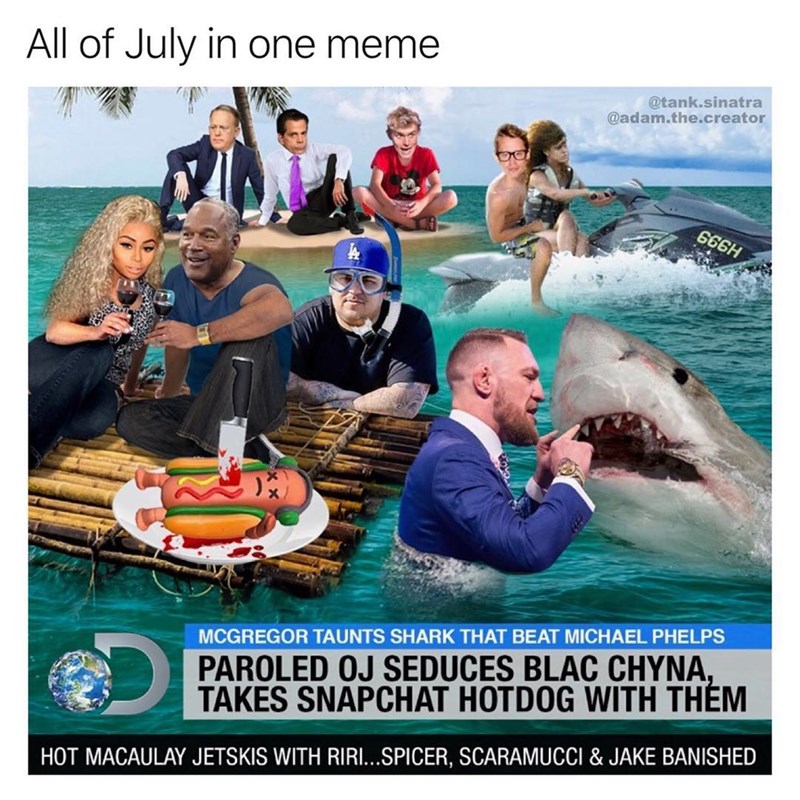 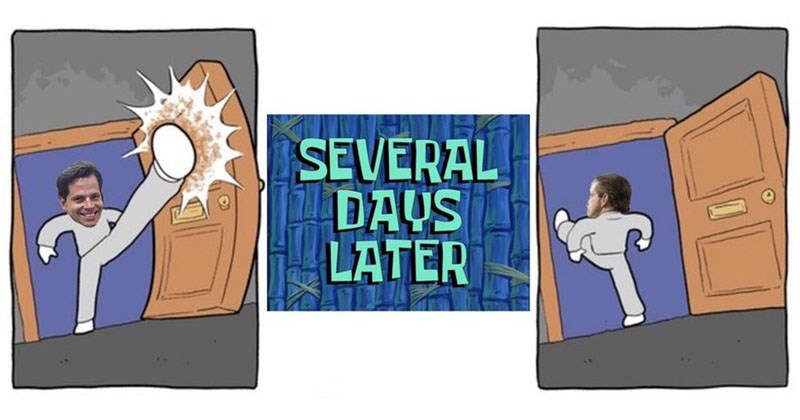 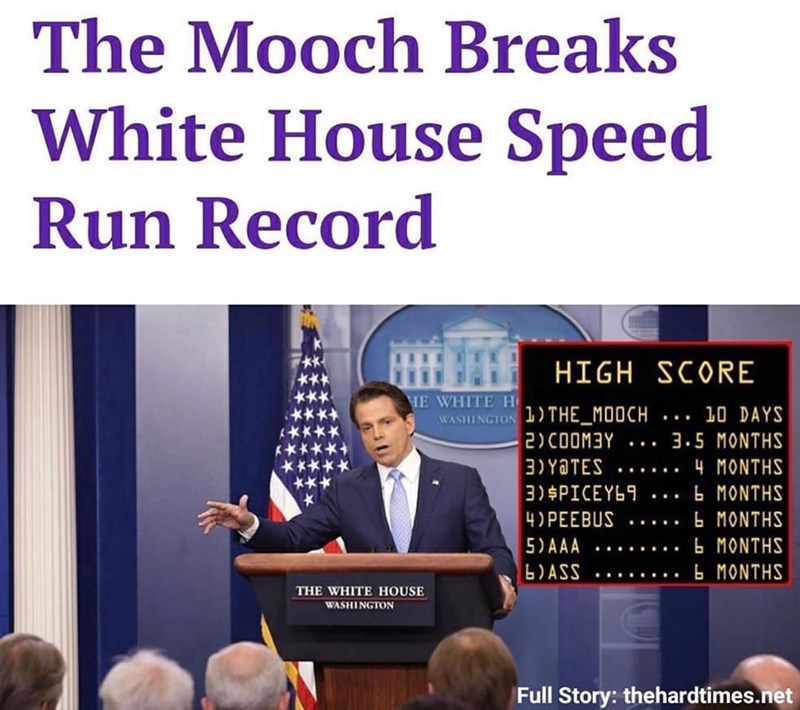 The Mooch Is Out And Twitter's Got Jokes

Are Donald Trump and George R. R. Martin the same person? It's seeming like in the game of The White House, you win or "YOU'RE FIRED!" Just ten days after his appointment, arguable loudmouth Anthony Scaramucci has been removed from his position as communications director. Scaramucci's appointment was controversial, and led to the departures of both Sean Spicer and Reince Priebus.

The move comes with the intention of creating a new climate of order and discipline, according to Chief of Staff John Kelly. While we've had fun marveling at his chaotic 10 day stint, at least Queen's "Bohemian Rhapsody" will no longer be in our heads every time we read or watch the news. Bon voyage, Mooch. 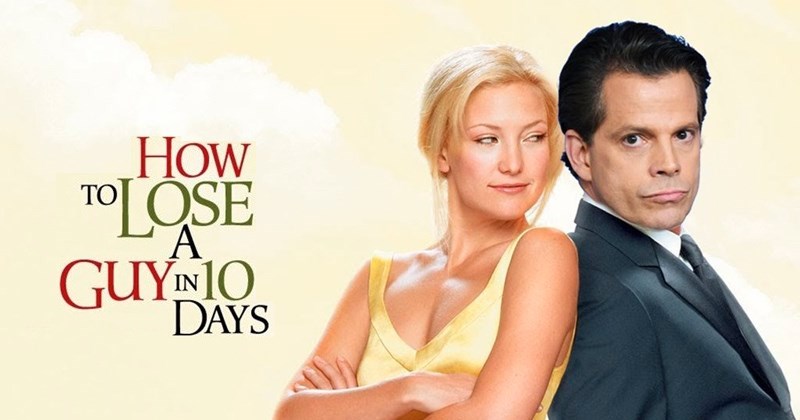 Thanks For The Memes, Sean Spicer

White House press secretary Sean Spicer resigned today following Trump's appointment of financier Anthony Scaramucci as communications director. The unexpected move was puzzling to many, as Spicer has been involved in quite a few White House boo-boos.

For our goodbye we've rounded up some past gems for a trip down Spicer-meme memory lane, as well as our favorite Twitter reactions to his departure. May the force be with you, Spicey. 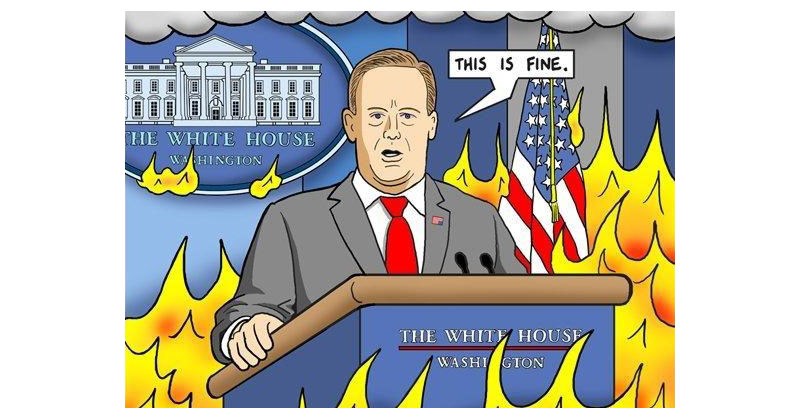