We take for granted that large amounts of money receive the highest amount of protection. One wrong move from the people at the top and we could all be buying yachts and champagne, so there are sophisticated security measures in place to keep every wannabe bank robber solidly in their overdraft.

However, this isn't always the case — as one man recently found out. In a recent video, @professormometer revealed how an ATM malfunction had led him to realize that his local bank had been left unlocked over the weekend. After the machine swallowed his card, it gave him the option to either have a new one mailed across or to speak to his local Wells Fargo branch. Choosing the latter option, he walks through the doors only to find that there's nobody there.

Although the situation was a baffling one, many viewers were more concerned about which line manager was likely to get fired after this close call. You don't even want to think about what would have happened if a Karen had found out about this fatal mishap. 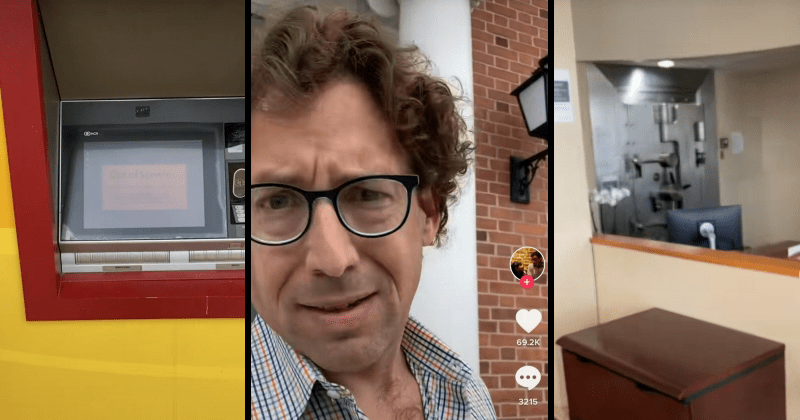 Bizarre News Articles That It’s Hard To Believe Are Real