Dank Waluigi Memes For When You Waaaant A Good Chuckle

It's pretty much an agreed-upon fact that Waluigi is the best Mario character. And if you don't agree, take it up with the rest of the internet. Without further ado, here's a roundup of dank memes (and even more here) in honor of our favorite cheating purple dude! 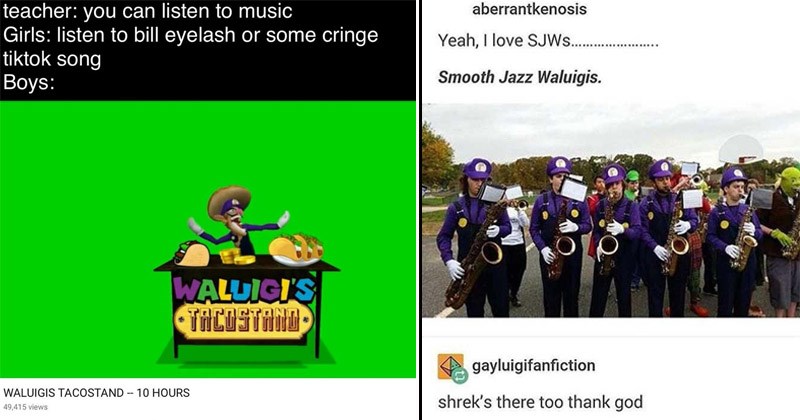 We've made it to the home stretch, people. One more day and us Monday through Friday office drones are free for an extremely temporary couple of days. Will we actually make use of that free time and do something productive or meaningful? Absolutely not! These memes will help you prep for a weekend of doing the bare minimum. You're welcome. 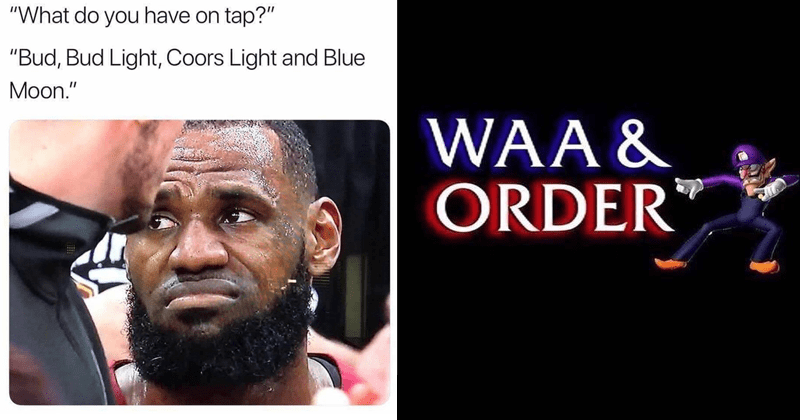 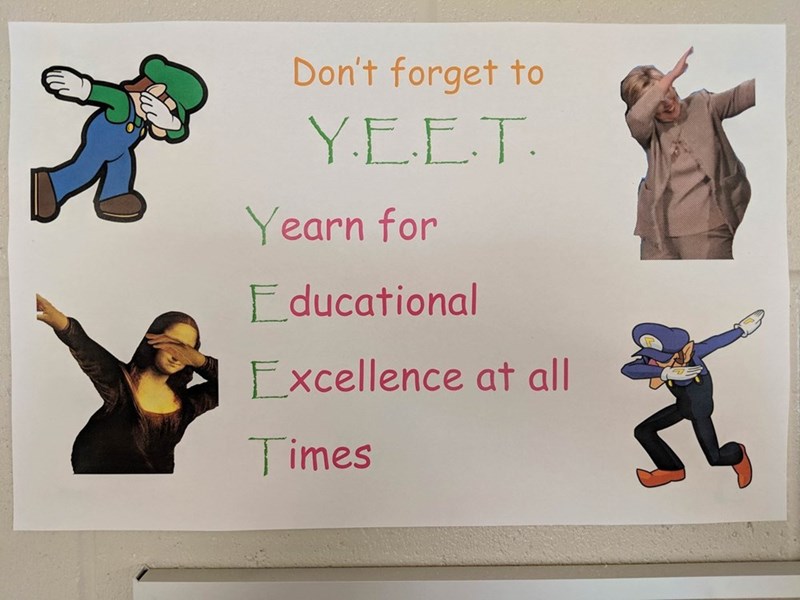 If the children are our future, we're in deep trouble.

Some memes and Tweets to celebrate today's release of the newest installment in the Super Smash Bros universe! 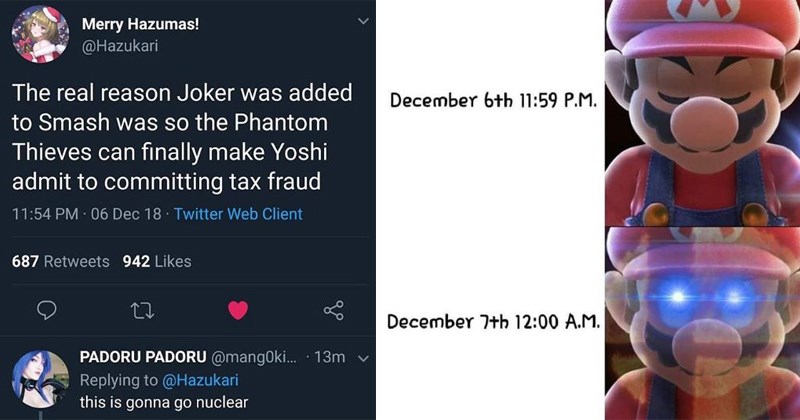 16 Nintendo Memes That'll Give You A Wii Chuckle

Get it? Wii chuckle...? We know, bad pun, but we hope you'll enjoy these Nintendo-related memes regardless. 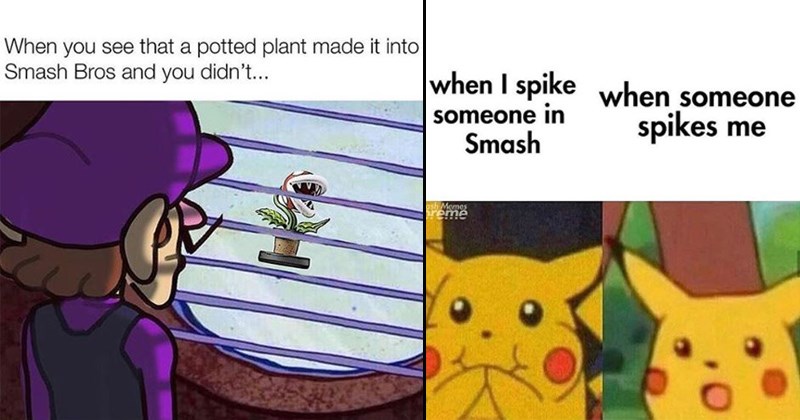 28 Funny Pics For All The Nintendo Lovers

We think these memes and pics will be enjoyable for everyone, not just the gamers. 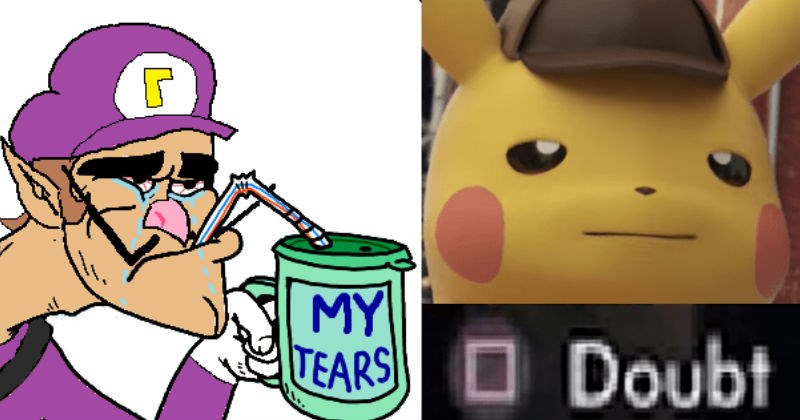 Ain't nothing that a healthy dose of dank memes can't fix - unless you're a normie, that is. 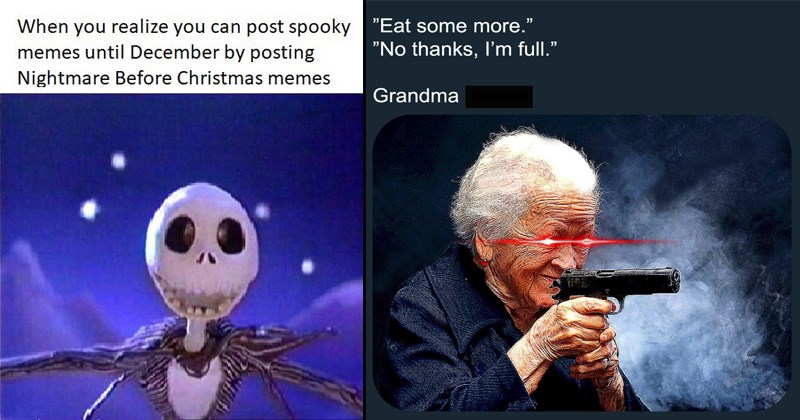 15 Bizarre Dank Memes To Really Weird Up Your Day

ArE yOu ReAdY fOr SoMe DaNkNeSs? 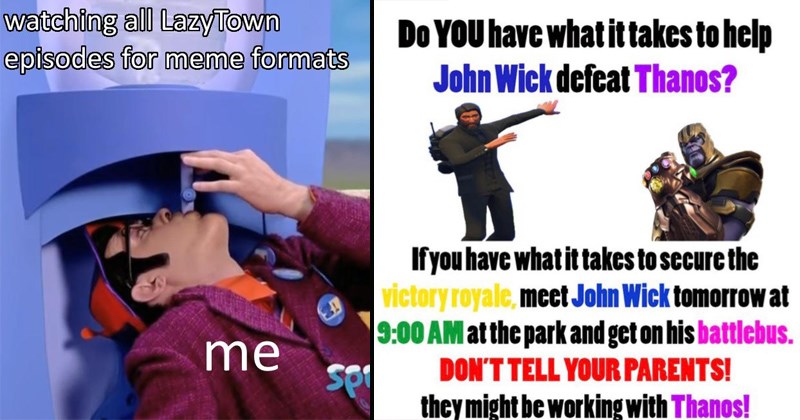 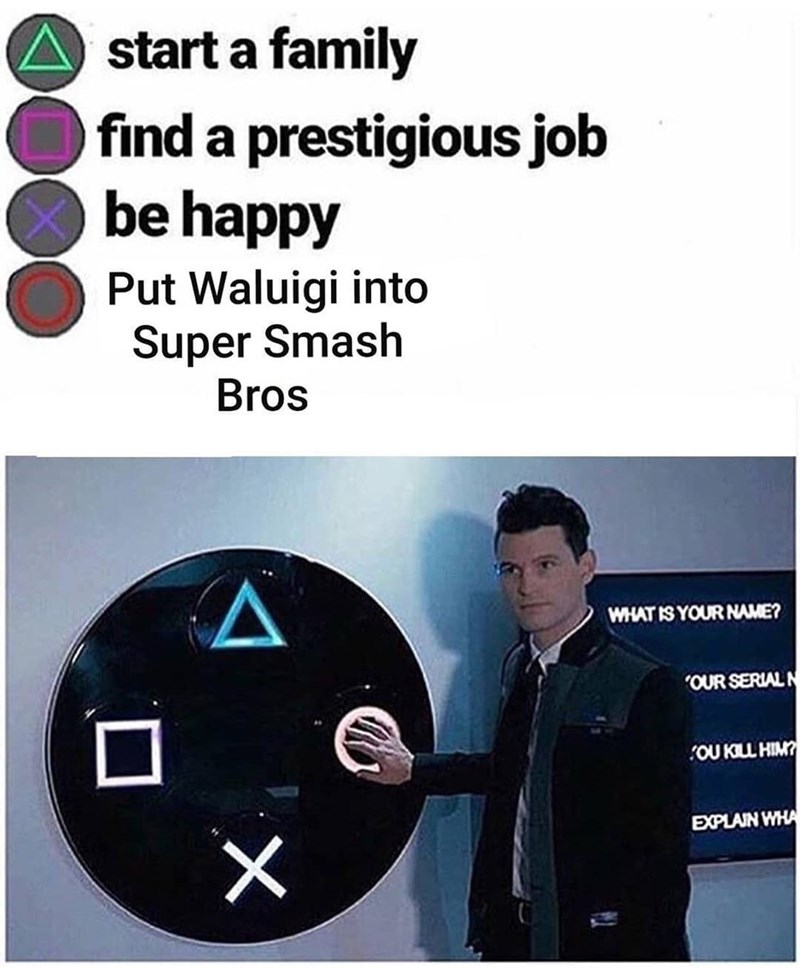 While we know there's an entire Thanos Did Nothing Wrong movement, we can't help but feel that the big purple villain deserves very little sympathy. This meme works with this theme. After Thanos is overpowered (briefly) by the Guardians of the Galaxy, Mantis cries out that he is in anguish, and that he mourns. Drax asks her what such a monster could mourn, and memers are now filling in the blanks. You can expect a lot of very specific anime and gaming memes to come out of this one, but we're hoping for some more seriously righteous shitposts. 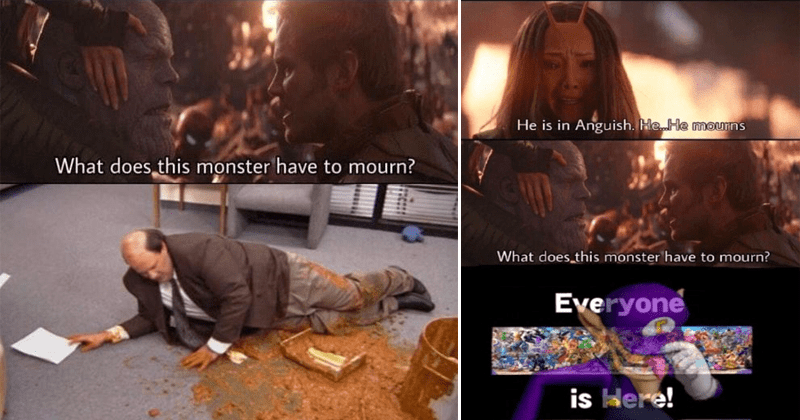 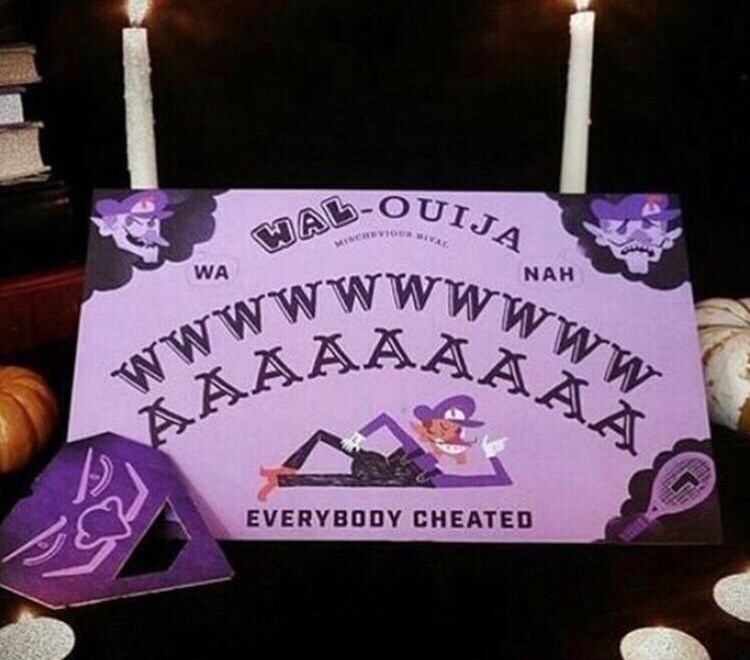 Waluigi Got Shafted By Super Smash Bros And Memers Are PISSED

Can't Nintendo throw Waluigi and his fans a bone? The trailer for Super Smash Bros Ultimate, despite its blaring claim that "Everyone is Here" is missing one important absence - that of the purple-clad villain-version of Luigi. This absence caused an uproar on Twitter, a tsunami of memes on Reddit, and even a dramatic piece from The Washington Post.

Waluigi is one of the most meme-able characters in the Nintendo universe (check out this entry from Know Your Meme) so it's no surprise that the community has chosen to rebel by flooding Reddit's r/dankmemes community with memes of the weirdly lovable character. We've rounded up some of their best work, as well as Twitter's most mournful reactions so that you, too, can understand this unforgivable injustice. 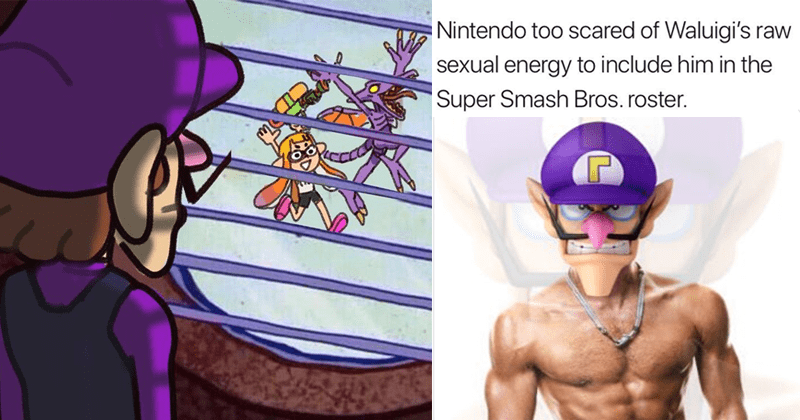 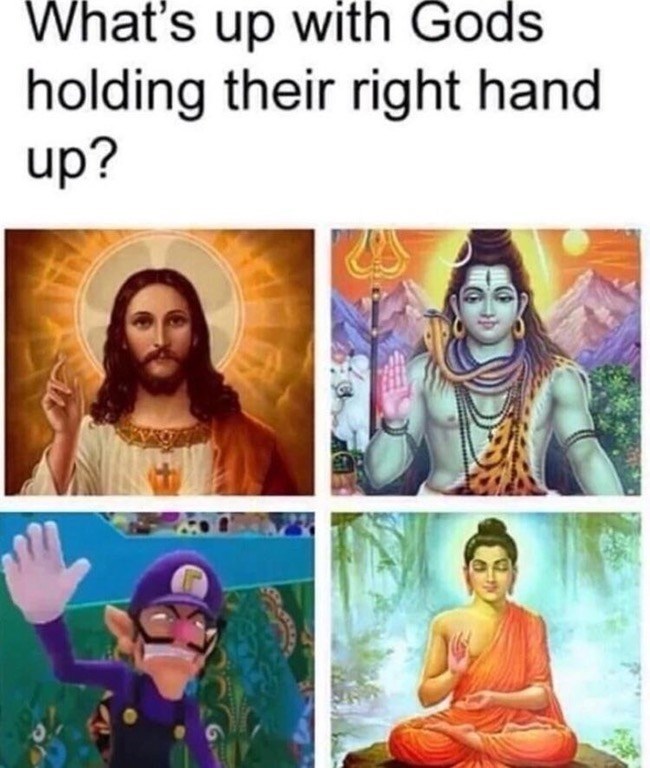 The Daily FAIL: 30 Memes to Satisfy Your Thirst This Thursday

Here's a little something to wet that Thursday thirst. Dip yourself into the meme stream and dive into your Thursday. That's it, you've made it, enjoy the fruits of your labors as you inch ever closer to the weekend. Only one day to go and you're free and able to escape for a few blissful hours. And to bring you to your happy place that much quicker, these perfect Thursday memes will waste that much more time to bring you even closer to nirvana. 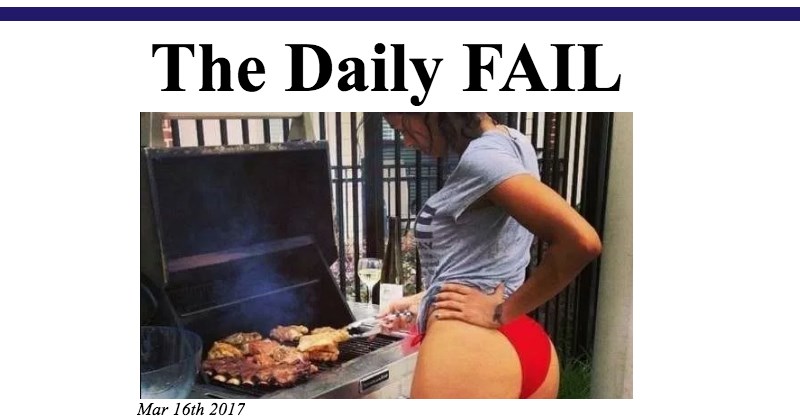 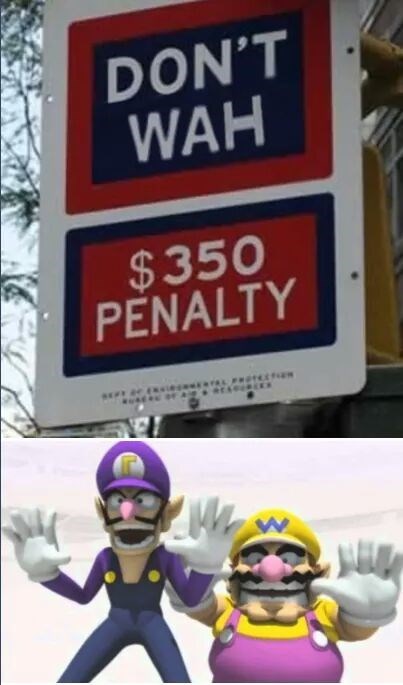