As the world struggles with bigger issues, Karens around the globe are continuing to act like entitled morons. While some are choosing to harass Karen meme pages, others prefer using to Twitter to air their grievances. On Sunday, one such Karen took to the social media site claiming that "Karen" (the 'K-word) is stronger than the "n-word." Twitter users were appropriately perturbed by the sentiment, responding with heartfelt objections and some predictable Karen humor. While it's pretty clear that the tweet comes from a troll account or a bot, there are really people out there who feel this way. And they really, really, really need to be stopped. 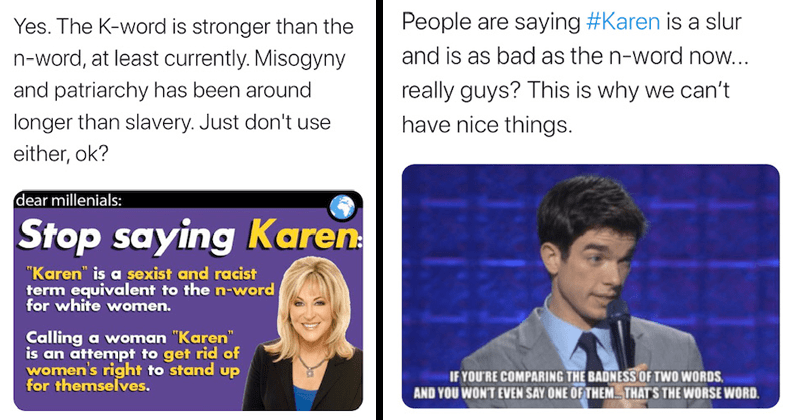 A Leeds man went viral a few days ago after sharing a major dating disappointment on Twitter. Harry (@hazposting on Twitter) tweeted a screen shot of an exchange with a Rachel, his Tinder date from the night prior. Harry sweetly expressed interest in seeing Rachel again, and in response he received a screen grab of his own text, punctuated with a hearty "LMAO." It's abundantly clear the screenshot was meant for a friend, and wow. Ouch.

Rachel quickly apologized for the gaffe, but the damage was done. After sharing his woes to Twitter, Harry found an overwhelming amount of support. People tweeted their sympathies, their confusion (not everyone realized Rachel had intended to mock him to a friend), and their feelings that Rachels are not to be trusted. While we can't speak to the integrity of a world of Rachels, it's clear that this one doesn't deserve the attention of Harry - who consistently updated the viral post with funny, self-deprecating, and niche reaction memes. If he hasn't actually deleted Tinder, we wish him a million quality matches. 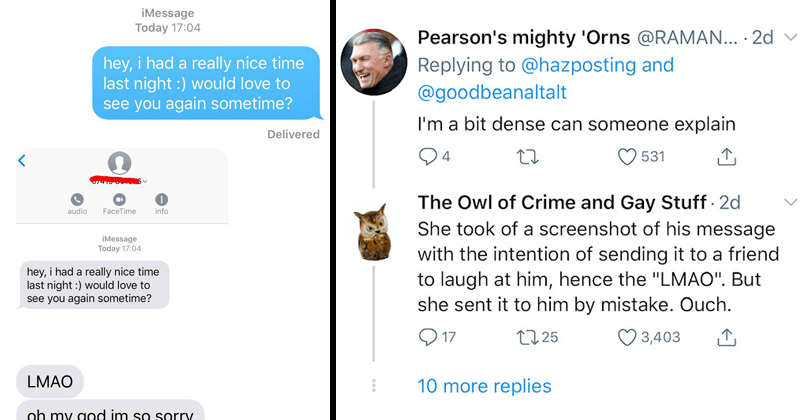 We love that teachers and professors have been getting creative with memes in the classroom. It's important to stay current, and using humor to connect with students is an amazing way to earn their respect. Twitter user and teacher @theyloveNoonie has definitely scored an A+ in this area by making these amazing "Ight Imma Head Out" Spongebob meme hall passes, and the internet is responding with a whole lot of admiration and respect. It's one thing to teach a college course in memes, but we think that adding spice to classroom mundanity via memesis even cooler. 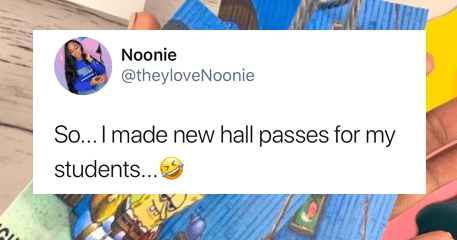 Funerals and memorials aren't usually occasions that send us into fits of uncontrollable laughter, but this viral Twitter thread is proving us wrong. Comedian Mitch Feltscheer found himself in a very funny situation at his grandmother's ash-scattering ceremony, and decided that the internet had to know. We're decidedly pleased at his openness, and we think you will be, too. 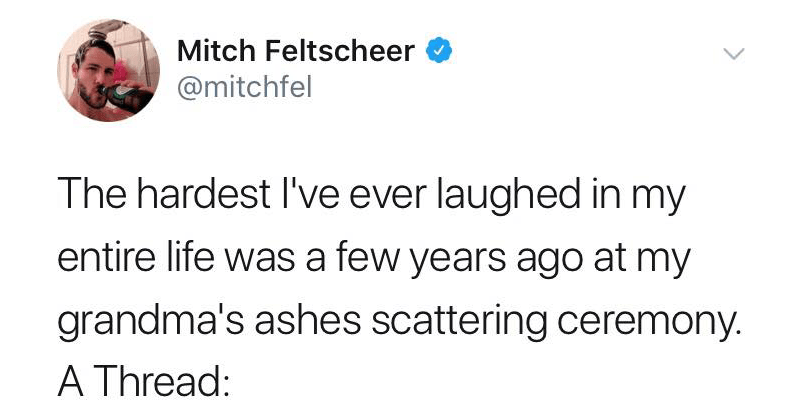 A clueless (some may say optimistic) sorority girl unintentionally spawned our new favorite twitter meme after tweeting a vision of her "best life." The idyllic tweet from Mallori Taylorrepresents what can only be described as a white co-ed's version of the American Dream:

"LADIES imagine this, it's 15 years from now—your son is up to bat, your husband is the hot 3rd base coach, your little girl is cheering on her big brother at the fence,&you are team mom, taking pics with a fancy camera,&keeping the scorebook

THAT WOULD BE LIVING MY BEST LIFE"

Mallori's tweet went viral after two days, after which Twitter users began making fun of her relatively normie "best life." Here are some of our favorite jabby, pop-culture reference-filled responses. 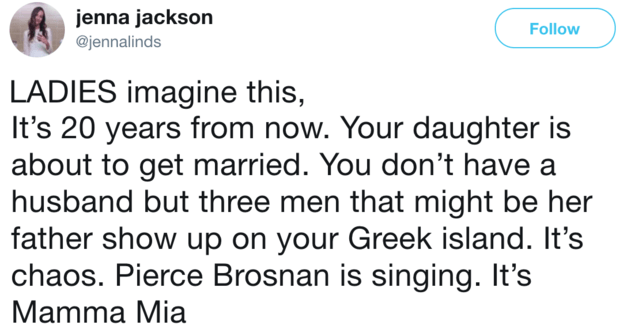