14 Trending Tweets That 'Literally No One' Asked For

No one asked for these tweets, but we were all secretly thinking the same things. Sometimes you just really gotta get your thoughts out to someone, even if no one wants to hear them. From irrelevant celebrities (we're not naming any names) to 12-year-old emo you, we all do it sometimes. 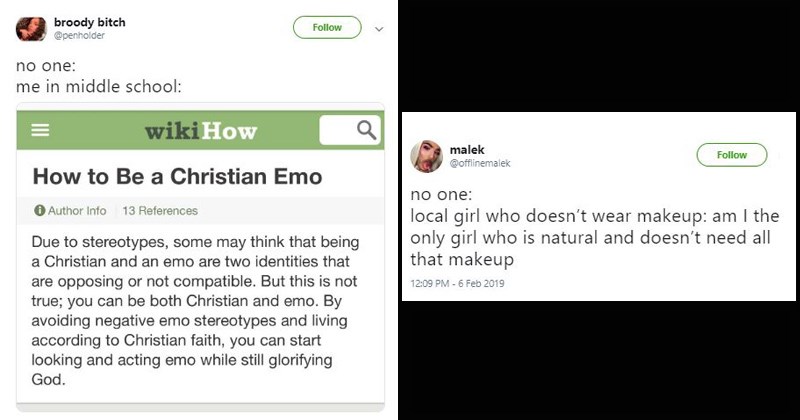 These memes started as a Tumblr joke, but have evolved to the point that there is a Facebook (@gangsterpopeye is an admin) devoted to the very silly memes. While some people may not appreciate the arguably gross and dirty memes, we find them to be a strangely refreshing dose of stupidity. 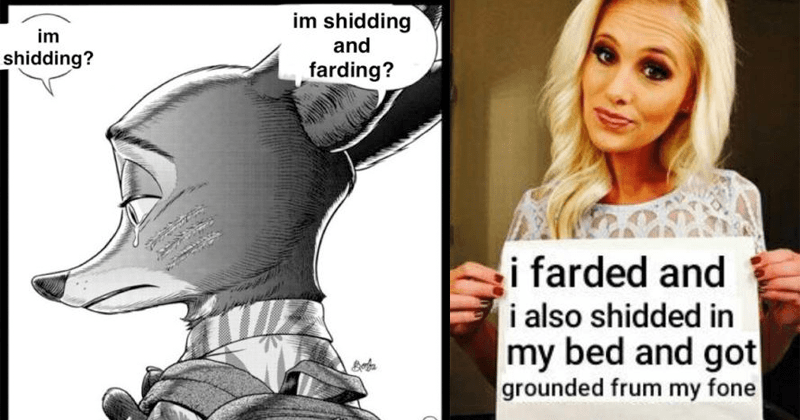 Fox News Pundit Tomi Lahren was having brunch at a restaurant in Minneapolis over the weekend when she got into a scuffle with a few other customers. As she was leaving the restaurant, someone threw their drink on her, and the internet is reacting by laughing their a$$es off. 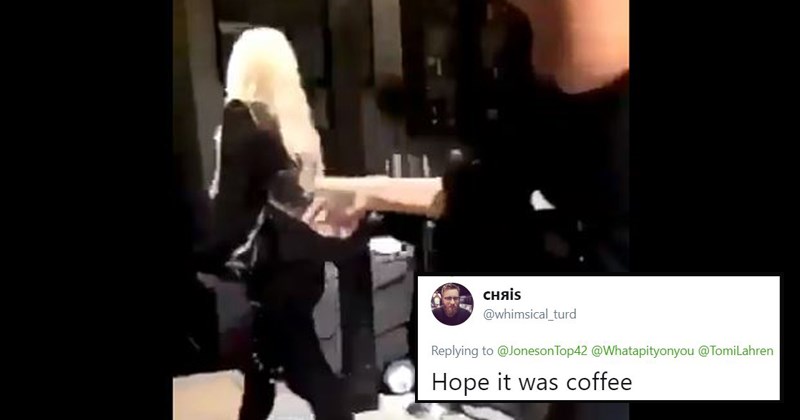 In light of the national gun debate, Brenna Spencer, a Turning Point USA employee, recently tweeted a photo of herself wearing a "women for Trump" T-shirt with a gun in her pants and the caption, "I don't take normal college graduation photos..." Tomi Lahren also tweeted a photo of herself with a gun sticking out her pants, and the internet proceeded to roast the s**t out of them. 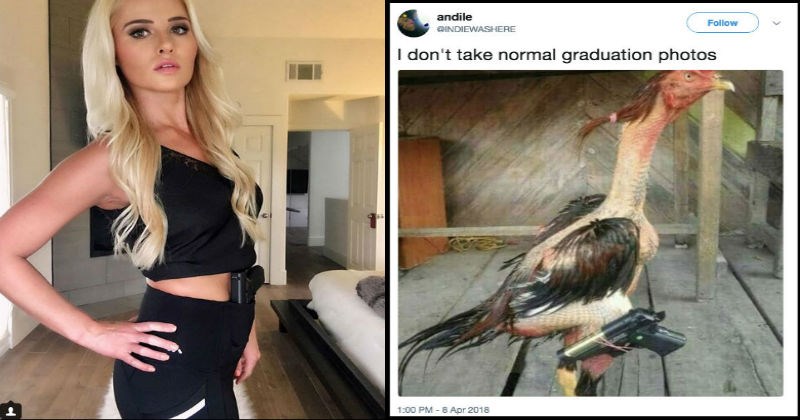 It's been just over two weeks since the Marjory Stoneman Douglas High School shooting that killed 17 in Parkland, Florida, and the gun control debate is still raging. Shooter Nikolas Cuz used an AR-15 on his classmates and faculty, a gun that has been used in numerous other mass shootings around the country. His choice of weapon has inspired a push to ban the dangerous gun.

It's not abnormal for AR-15s, in which the AR stands for ArmaLite Rifle, to be confused with assault rifles - but the past few days have been ripe with pro-gun conservatives speaking out to correct the mistakes of "dumb" liberals. Well, the dumb liberals have started to fight back by trolling conservatives like Tomi Lahren relentlessly on Twitter, claiming the "AR" stands for the absurd. The results are pretty glorious. 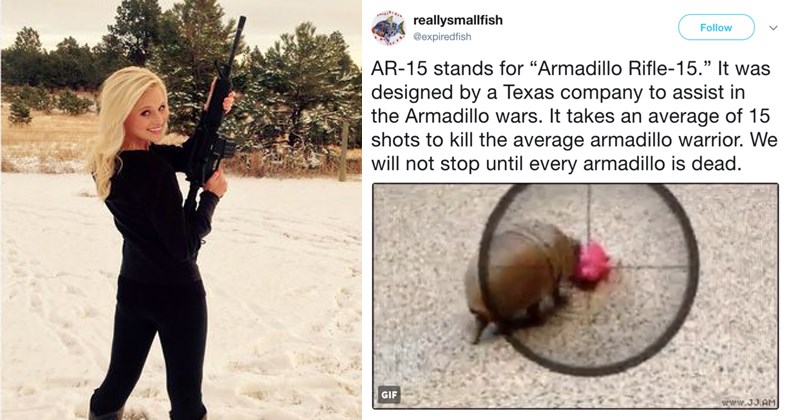 Conservative commentator Tomi Lahren opened herself up to some serious trolling on Twitter yesterday after retweeting a photo of herself. The text on the photo, originally tweeted by Turning Point USA, reads: "Dear liberal snowflakes: Nothing is free. Crying doesn't solve problems. Screaming doesn't make you right. Not everyone is a winner. There are no 'Safe Spaces.'"

Unfortunately for both Lahren and Turning Point, Twitter users were VERY eager to show how quickly and easily they could re-purpose the image as a meme. The jokes range from infantile and easy (sharting, pooping) to somewhat insightful (the hypocrisy of right wingers having expensive Keurig tantrums this weekend.) 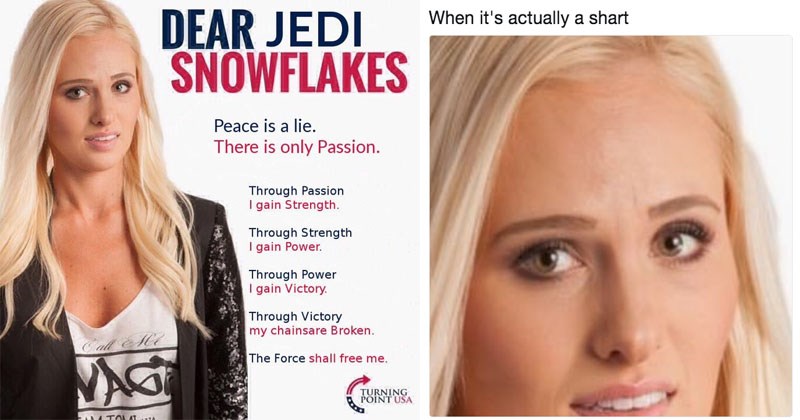