Carole Baskin Weighs In On The Houston Tiger, The Internet Is Predictably Skeptical

The plot has thickened with the escaped tiger in Houston. Not only was its owner identified as a murder suspect, but it has also been revealed that it is on the loose again.

The viral Twitter video has made it onto national news for these worrying developments, and in its coverage on CNN the producers made a controversial choice of expert. To the bafflement of Twitter users everywhere, Carole Baskin was invited onto the show to discuss the issue.

The people in that neighborhood were "in extreme danger," says Big Cat Rescue founder Carole Baskin after a tiger was seen on the loose in Houston.

"Children running and screaming ... that would have triggered every instinct in that cat to kill." https://t.co/4ICpaF5ODS pic.twitter.com/mDfMgOn1Ni

Longstanding rivalry with Joe Exotic aside, many were quick to point out that she herself did not exactly have a clean conscience when it came to the topic of murder. While she might have a good handle on wild animal laws, that isn't what social media has been focusing on. 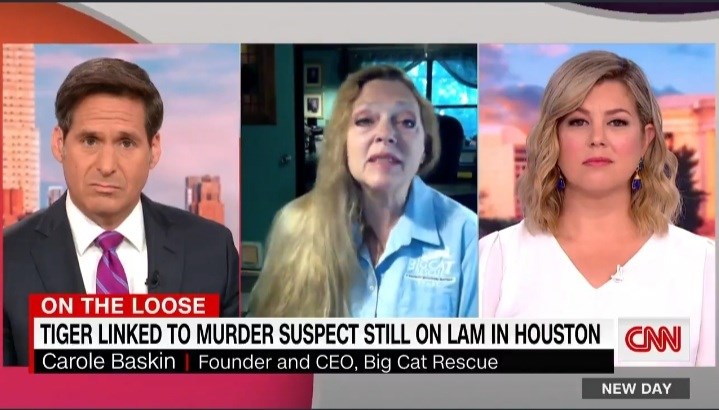 Every Customer Service Employee Knows This 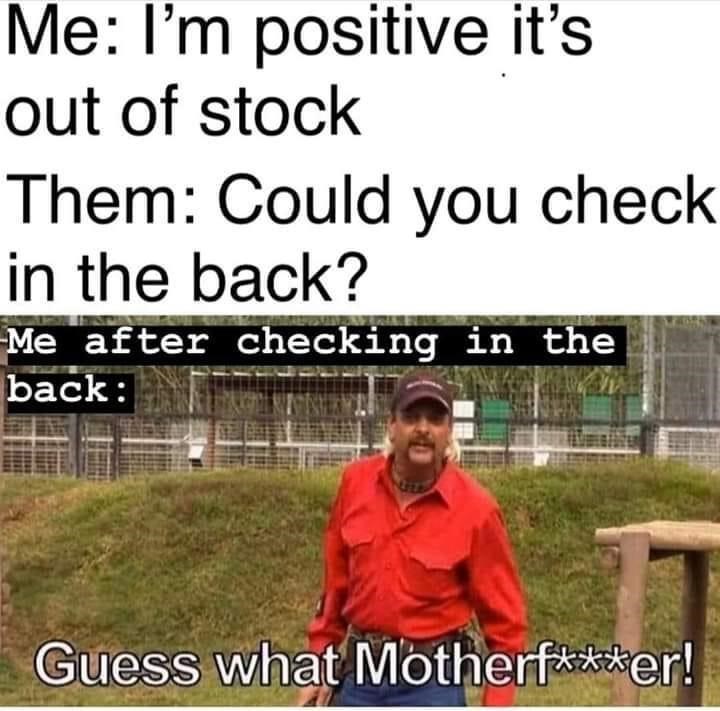 It's always the Karens, man.

Bunch Of 2020 Memes For People Who Enjoy Feeling Horrible

Tiger King and murder hornets and coronavirus, oh my! Those things are bad enough, but that's not even half the sh*t that's happened in 2020 so far. We can't wait to see what other horrible things will happen in the second half of the year (that's sarcasm, obviously). Now Click here for even more 2020 content! 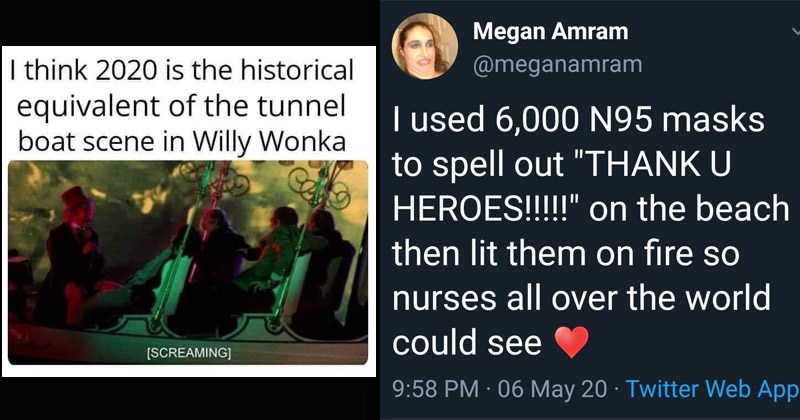 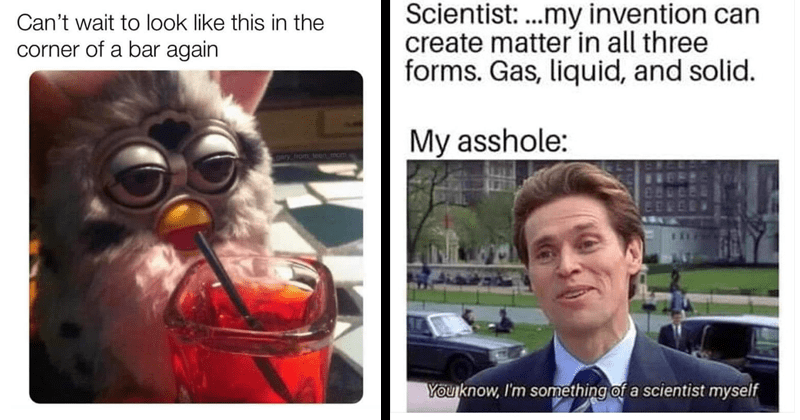 Quarantine Memes For The Bored People In The Struggle

It's nice to see that most people around the world are complying to Covid-19 lockdowns and quarantines. It's incredibly important for us all to work together to prevent the spread and flatten the curve. But wow. This is probably the most bored many of you have ever been. And while boredom for a good cause is better than the usual tedium, we are getting pretty tired of it. But at least, as these memes show, we're far from alone in this plight. We hope relatable lockdown memes can bring you feelings of solidarity. Hang in there. 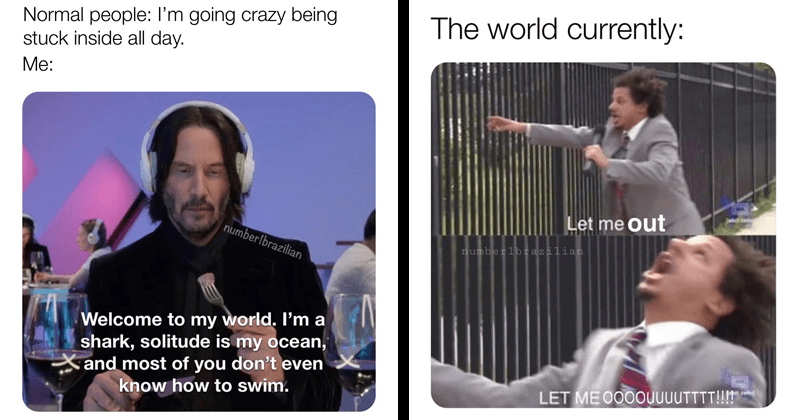 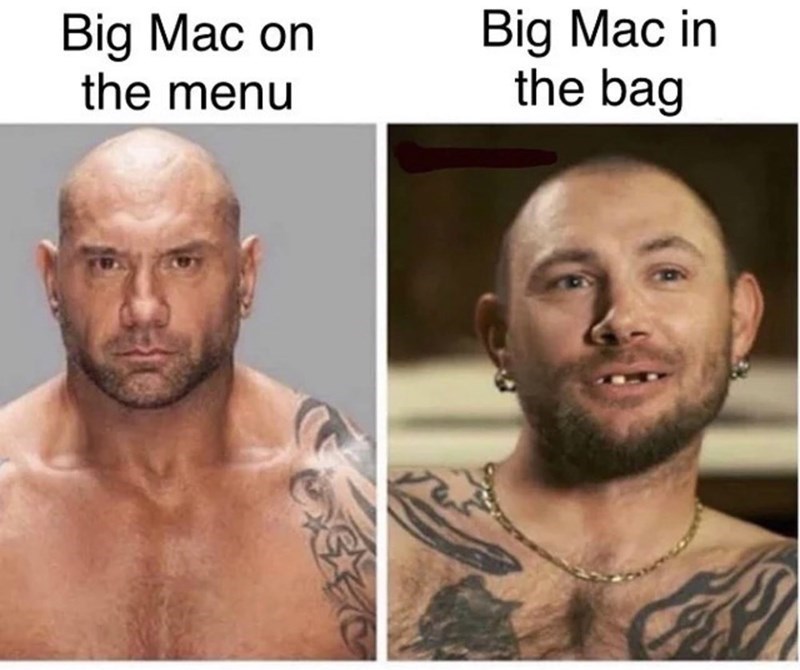 We need to talk about false advertising.

While Tiger King mania seems to have died down a bit since its March release, people have been dying to snag an interview with the show's oft-maligned "villain," Carole Baskin. The controversial character (and nemesis of Joe Exotic) resents the way the Netflix documentary seems to insinuate that she murdered her ex-husband and fed him to her big cats. She's been largely silent in the media - until comedian pranksters Josh Pieters and Archie Manners managed to convince her that Jimmy Fallon wanted to do an interview with absolutely no mention of Tiger King. Using recordings from previous Fallon interviews, the duo managed to conduct the interview without a hitch. And it's pretty glorious.

Thirty-Eight Miscellaneous Posts For Your Enjoyment

Psst, do you need memes? If the answer is yes, then you've come to the right place. We're here to deliver you consistent quality content - that's our promise to you. Check out more here! 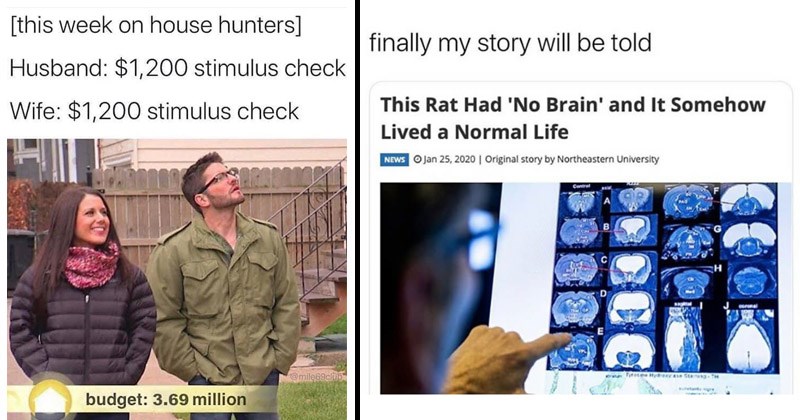 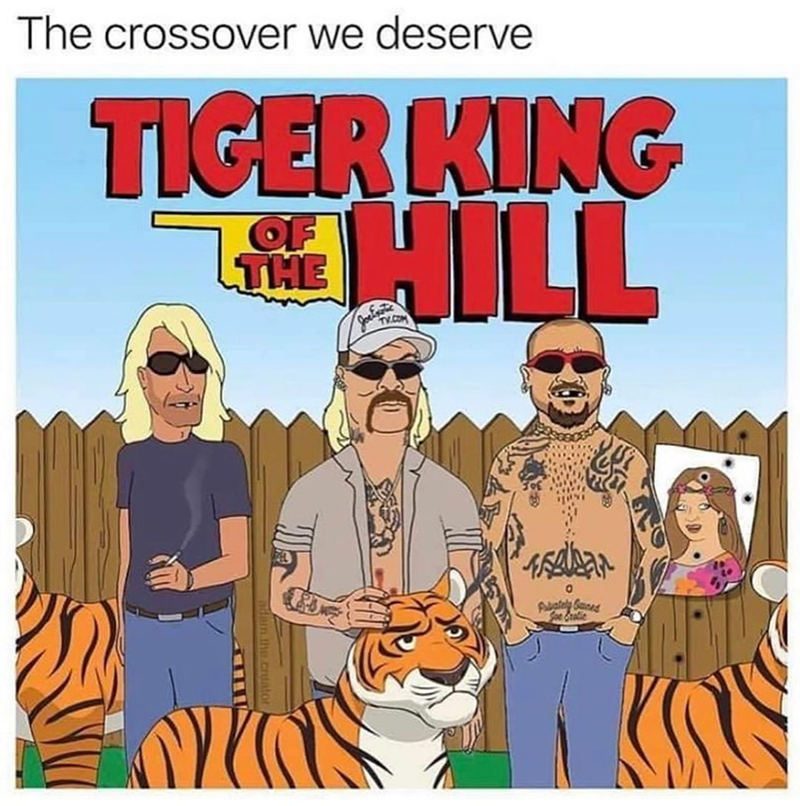 We really need this, now more than ever.

That B Carole Baskin 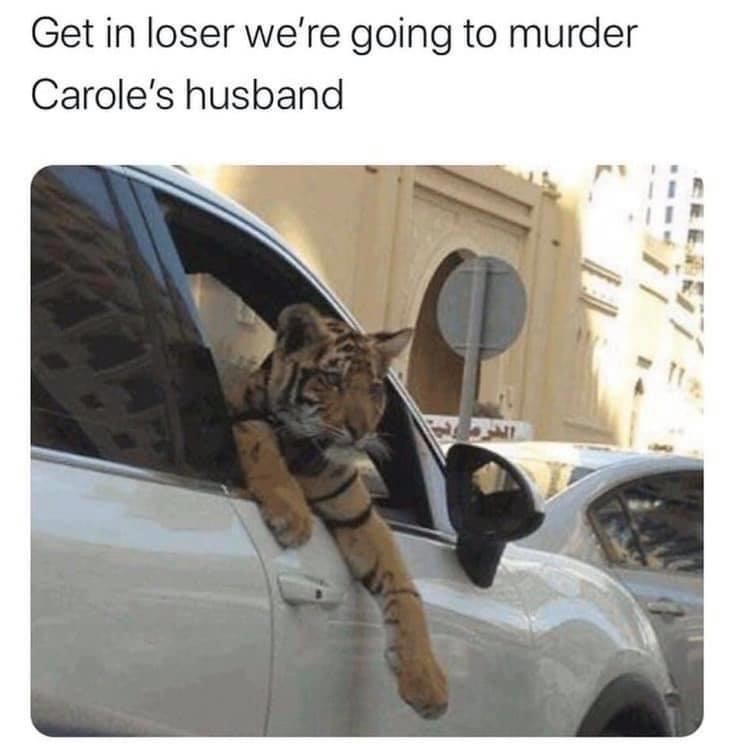 If you ever feel guilty about perusing memes as a form of procrastination, we'd like to introduce you to history memes. They're basically educational, so you can browse through them for as long as you damn well please. Completely guilt free. Even better? There's a pretty endless supply of them over at r/historymemes. 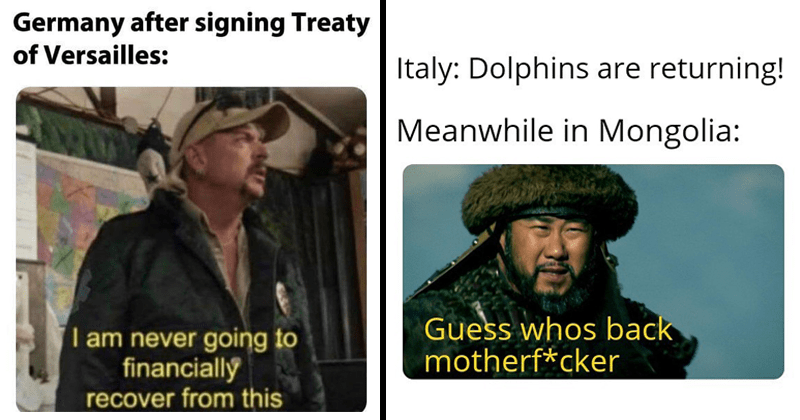 Dank Lord Of The Rings Memes For The Bored Tolkien-Heads

Dig all things Lord of the Rings? Do you love wasting time by looking at dumb yet funny shitposts? This gallery is for you. It's a healthy mix of old and new LOTR content with something for every level of fan.

Mega-Dump Of Memes & Tweets To Keep You Busy

If you're feeling hopelessly bored right now, you're definitely not alone. Hell, we're almost bored of collecting memes to share with you. Fortunately we're not quite there yet, so there are plenty of memes and tweets here to keep you entertained for at least a few minutes. 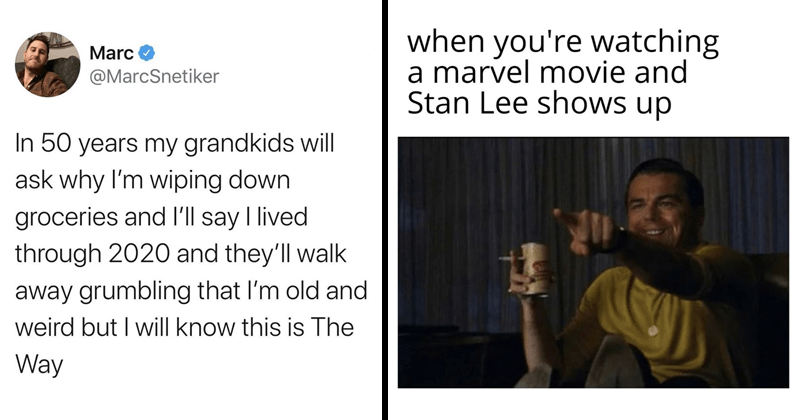 Pretty much everyone and their mom has seen Netflix's Tiger King at this point. Lord knows we've covered a lot of Joe Exotic-related memes. But for those of you who didn't know, before the show there was actually a podcast that some consider to be superior to the mini-series.  The podcast was created and researched by Robert Moor, and after the show was released he started a Twitter thread that revealed tons of dirty details we didn't get in the docuseries. We've included the tweets here, but you can get more information on the thread. Prepare to be disturbed. 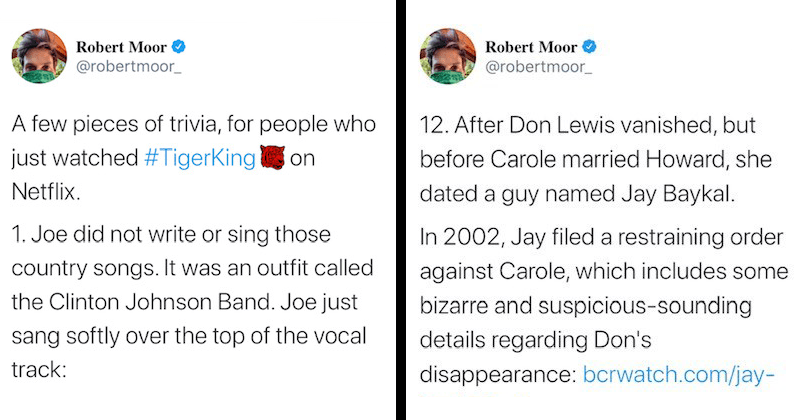 Thank God for the existence of totally absurd sh*t like Tiger King that helps us forget about the coronavirus pandemic for a miraculous five seconds. And if you're craving more, feel free to take a little visual stroll through our last Tiger King gallery here! 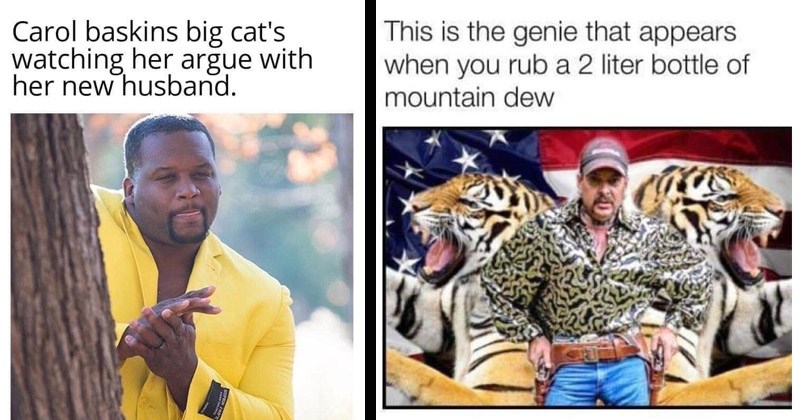 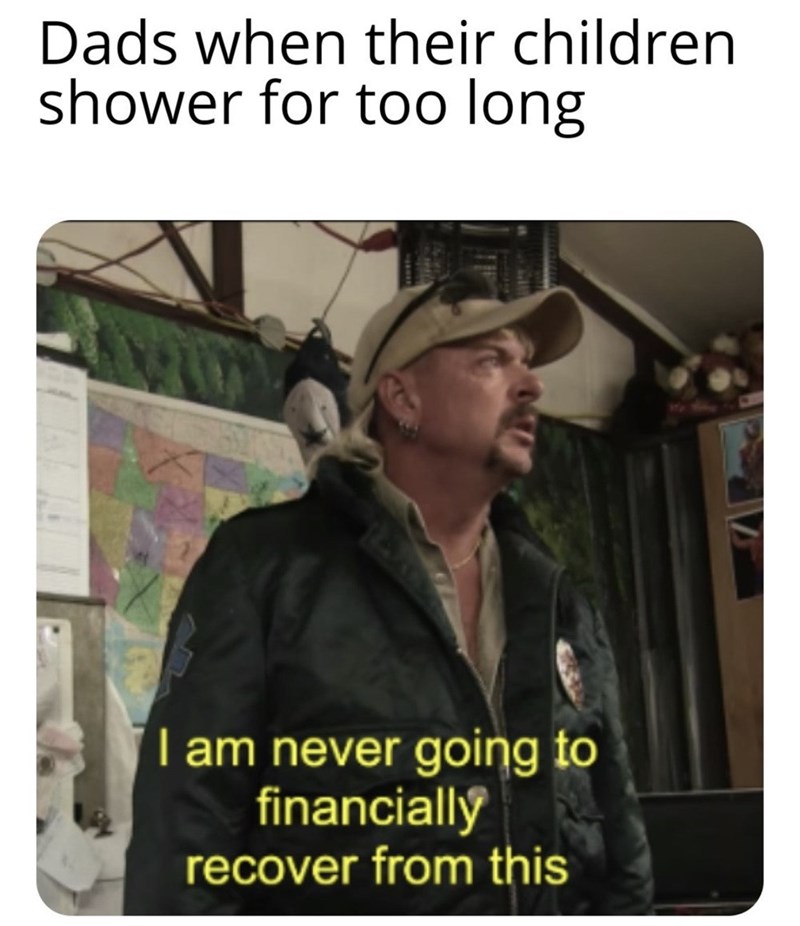 Almost as bad as turning up the thermostat.