Out Of Context Diagrams That Became Accidental Memes

Many of us can still remember flipping through old high school textbooks and coming across some bizarre imagery attempting to articulate an idea, equation, or process. In a hyper-memed world, it's hard not to think of the memetic potential of these educational diagrams. One Facebook group is dedicated to documenting these science diagrams that look like shitposts, and we can't get enough. We've collected a hearty batch of amusing images from the group that are totally begging to be memed. 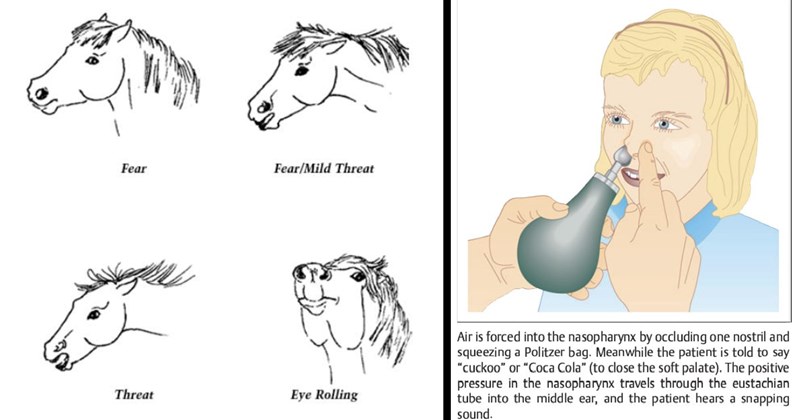 Facebook group 'Science diagrams that look like shitposts,' is a delightful repository for all the strange gems people come across in school textbooks, diagrams and scientific illustrations. The group is private, but lucky for you, we've collected some of our favorite posts that are totally begging to be meme'd. Those of us who are old enough to remember the pre-internet times probably didn't give a second thought to these sorts of strange pictorial representations of ideas and processes, but nowadays it's hard not to think of memes when flipping through a textbook full of captioned images. Keep scrolling for some accidental comedy gold. 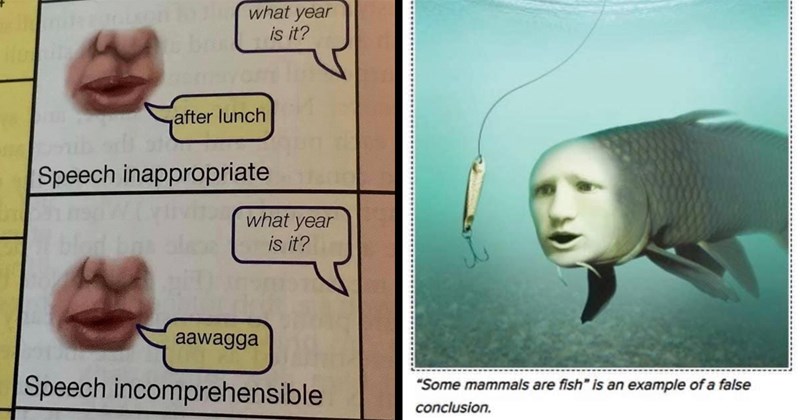 We all remember being a kid, lazily looking through that musky 'Science 101' textbook with glazed-over eyes. Well, we might have missed out on a lot of great content while we weren't paying attention in class, and I'm not talking about equations. Scrolling through the novelty Twitter account 'Science Diagrams That Look Like Shitposts' is a truly delightful experience. Since the beginning of the year, @scienceshitpost has been sharing hundreds of snapshots that capture the very bizarre but otherwise innocuous charts, graphs, and illustrations in textbooks. The awkwardly cropped and often blurry photos immediately take on a meme-like quality when removed from their original context and dropped into rapid online circulation. It's only a matter of time before the memelords transform some of these images into the hottest new format.

We've collected forty-three of our favorite accidental memes from @scienceshitpost. These hilarious treasures made us regret neglecting that outdated chemistry book!

I Will Make You Proud 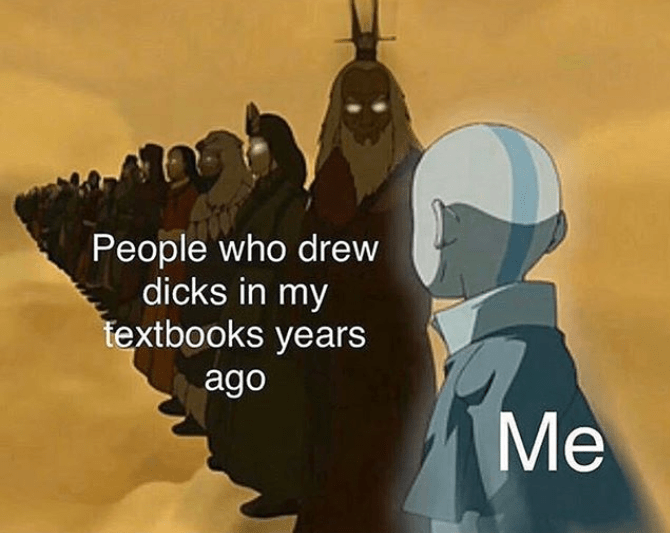 Gone, but not forgotten.

We all inherently know that sweet, sweet Keanu Reeves belongs in the annals of history, but his recent appearance in a Ukrainian history textbook was decidedly unintentional - and is receiving a lot of attention on Twitter. According to the BBC, Twitter user @jigsawdeaad was perusing the textbook and spotted Sad Keanu in a famous photo of New York iron workers taking a break from building a skyscraper.

Though most people on Twitter shared the photo in the spirit of humor and because, well, Keanu, some people were not so pleased with the error. On Facebook, some people expressed their disappointment that publications are relying on quick Google searches to fill the educational tomes. While the publishing company claims the error came from one of their designers, the book's author, Ihor Schupak, came out to express that he'd been well aware of the blunder.

"When the designer who worked with me on the book's illustrations showed me that photo with Keanu Reeves, I didn't notice that small detail at first," he wrote on Facebook after the photoshopped photo was noticed and widely reported in Ukraine. "But when I understood the meme, I decided to keep it."

Whether or not that story is true, the whole thing is incredibly entertaining. And just more proof that Keanu Reeves is immortal. 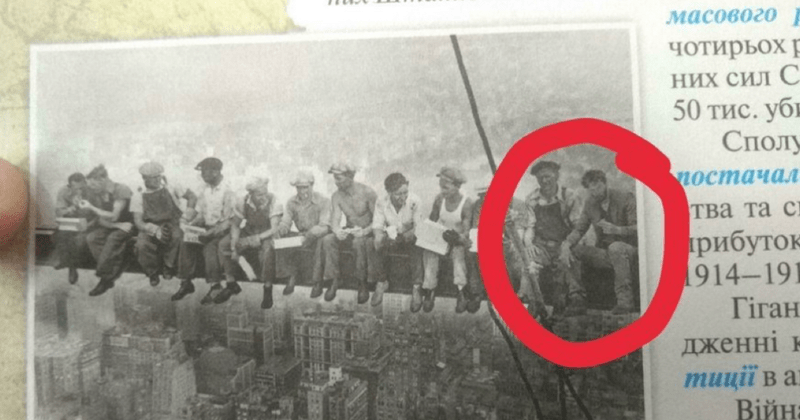 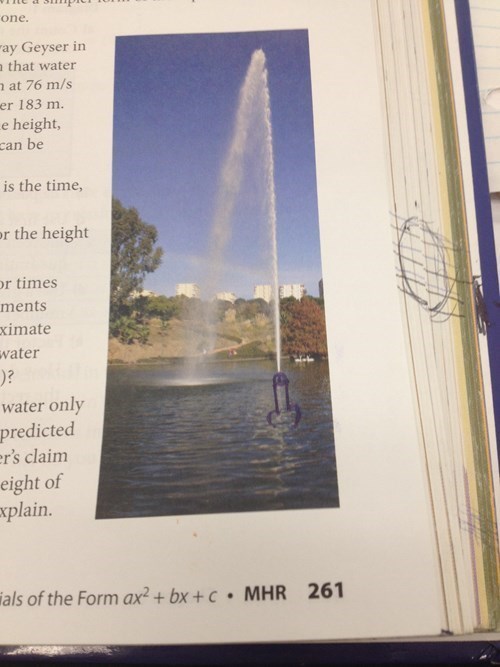 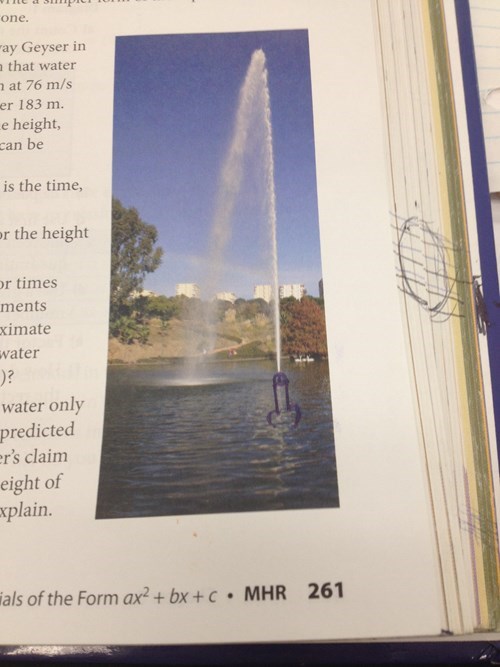 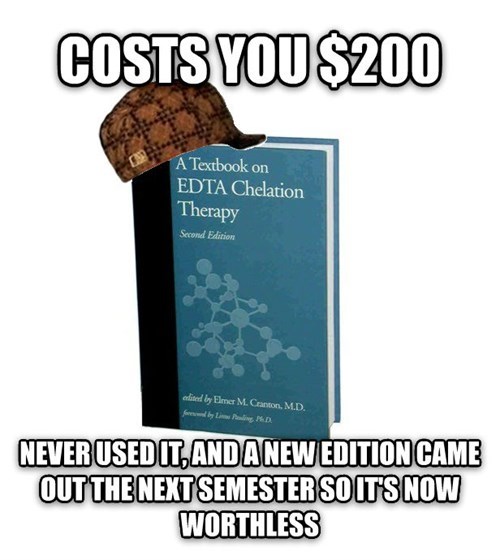 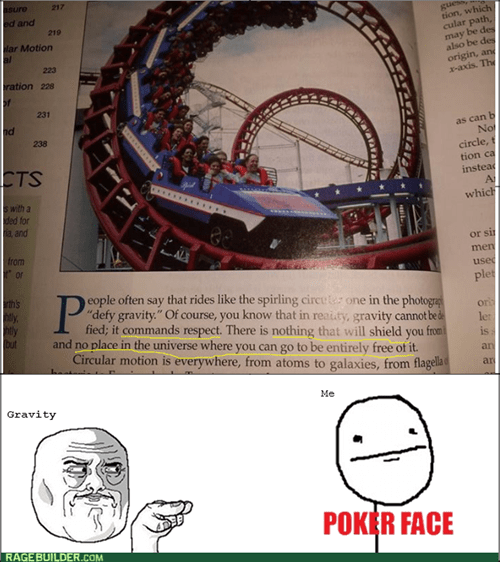 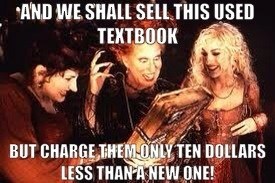 That moment when you realize how evil book stores are...

I Don't Get It Either 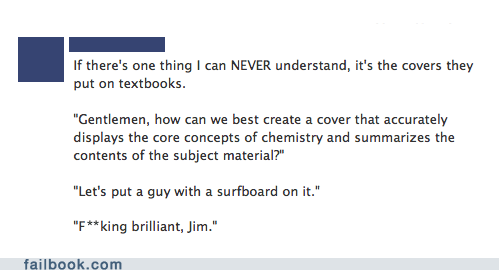 The Most Overladen Student in the World 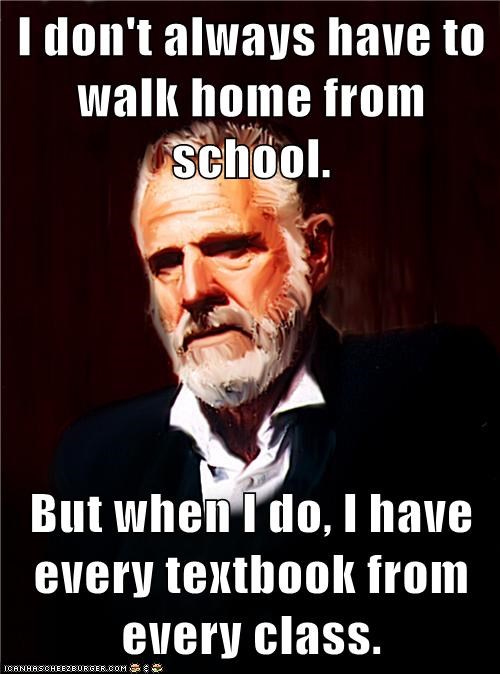 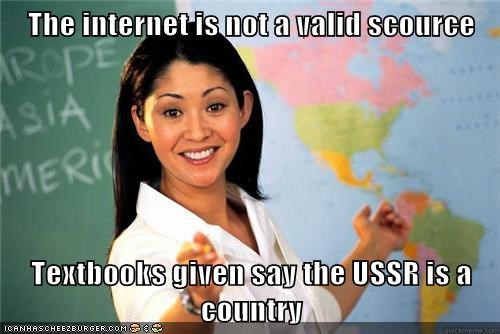 I Suppose I Could Use Them as Toilet Paper 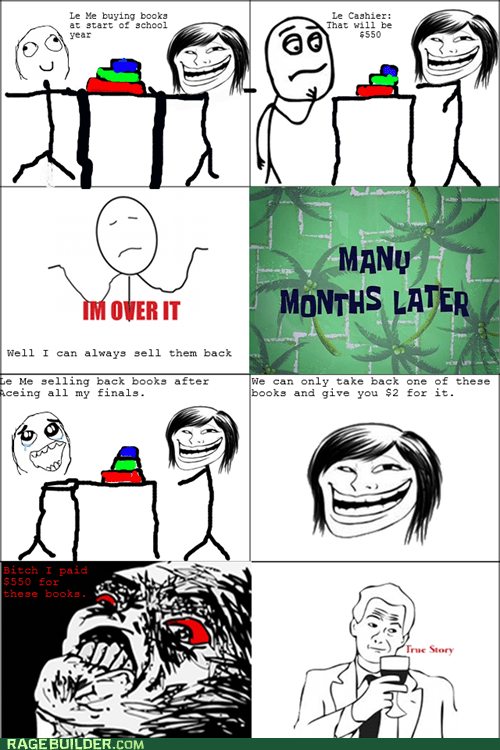 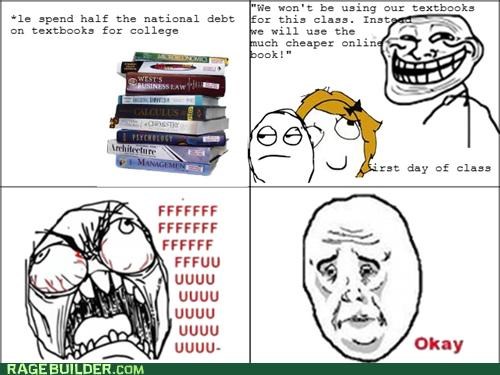 Definitely not an English Textbook 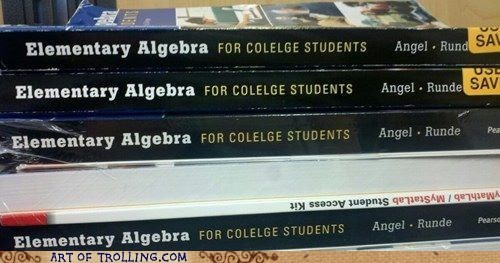