I'll be the first to admit that it's been a while since I played Tetris. While I frothed at the mouth to borrow the Game Boys of my friends and family members', the need to seamlessly eliminate rows kind of died down once I was permitted to play extremely cool games like Neopets on the Internet. While my allegiance to Tetris has waned, thanks to TwitterI learned that the love is still very much alive.

This epiphany occurred thanks to a controversial tweet from @MeganBitchell, in which she claims that the long Tetris piece is by far the most useful. The seemingly innocuous sentiment ended up sparking a ton of angry responses and impressively detailed challenges that kind of changed the way we look at the blocks. Unfortunately, the thread also called us attention to something we'll never be able to un-know: that there's some seriously lewd and cringey Tetris fanfiction that lives on the Internet. But sometimes you have to pay that kind of price to enjoy the kind of hilarity we've documented below. 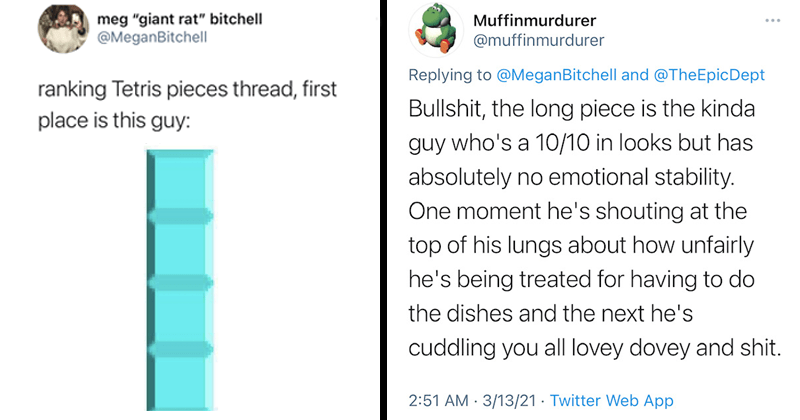