No, Tubbycoin Isn't Real, and No, Not Everyone Got the April Fool's Joke

Last night was weird. In a cold medicine haze I happened upon a tweet from Netflix featuring a Furby saying "Let the dark harvest begin." It was terrifying and confusing. I moved on. All was well in the world as I scrolled past bad political take after bad political take. Until I saw a tweet from the @TeletubbiesHQ account that teased something big - and featured the #Bitcoin hashtag. After pinching myself really hard to ensure that I was not hallucinating, it became obvious from the responses, that other Twitter users were just as bewildered.

The very mixed response continued after the account tweeted an update this morning:

The TubbyCoin BigHugs! Token, an official Teletubbies cryptocurrency made with special HugTech from WildBrain Labs is here. For every like, share, comment of #TubbyCoin, the TubbyCoin becomes more valuable! Let's take it to the moon. 🚀: https://t.co/CZJn5R7NI9 pic.twitter.com/B1Nt8OjFXe

Fortunately, anyone who clicked through the link and read through the increasingly ridiculous WildBrain labs presser realized that the whole "HugTech" thing was an April Fool's charade - for a good cause. Michael Riley of Wild Brain explained towards the end of the release in the following statement:

"I'd like to wish everyone a Happy April Fools' Day! Although TubbyCoin is not really a cryptocurrency, our hope is that you'll still enjoy sharing TubbyCoins with friends, family and anyone who needs a hug – all to bring some very real smiles to faces. And the part about WildBrain's donation to charity is no joke. To help ensure kids have the assistance they need in these difficult times, we'll be making a $5,000 donation to Kids Help Phone and adding one dollar to our donation for every TubbyCoin shared on social media up to a total of $10,000. So, share those virtual BigHugs!"

While one might expect a positive reaction after the initial shock and horror of Teletubby cryptocurrency, people are still decrying the move, citing crypto's effects on the environment, and even some chiding from Twitter users who seem to be convinced that this prank will encourage child gambling. The whole thing is almost too ridiculous to comprehend, but thanks to another annoying April Fools Day, we're forced to think about this nonsense. Thank god for comedy-leaning commenters. We don't know where we'd be without them. 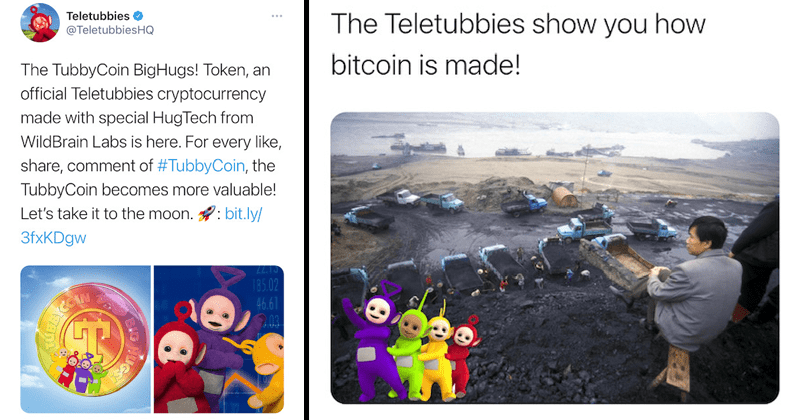 This comic meme features Tinky Winky from the Teletubbies attempting to fit in with the very unamused Power Rangers. It's being used to poke fun at things that just don't fit together. Thanks Mike Organisciak for the hilarious comic that inspired this trending meme. Now go check out some of his other work here! 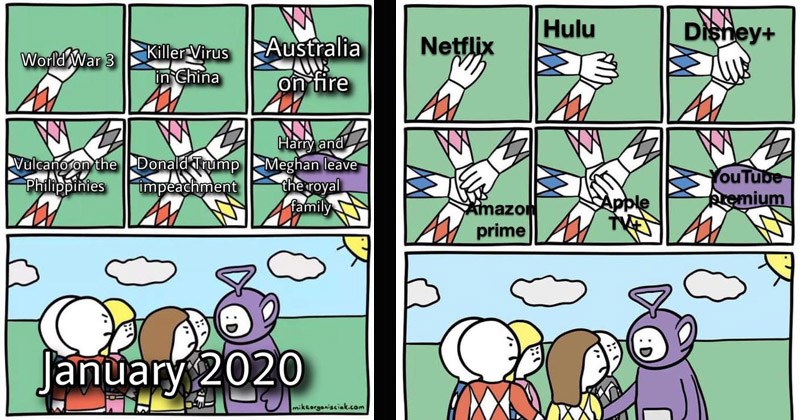 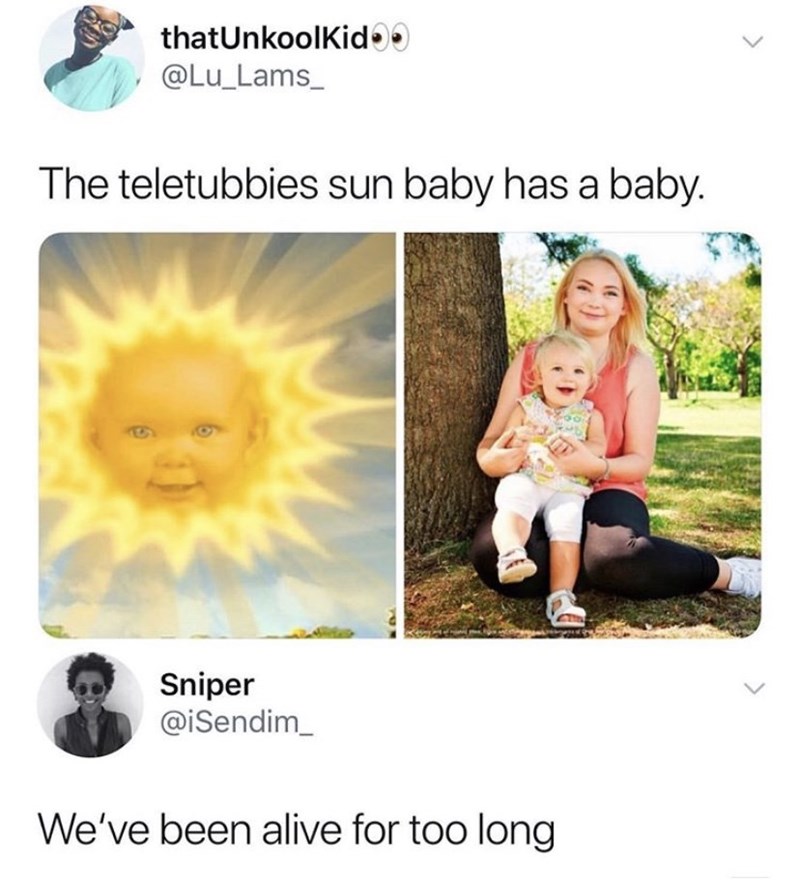 I refuse to believe that I am this old!!

28 Time-Wasting Memes To Maximize Your Procrastination

Whether you're shirking your duties at your pathetic, dead-end desk job, or just trying to find a way to escape reality while endlessly studying for your finals, these memes are here to help you out. If you need more procrastination fuel (which we're sure you do) please check out some more time-wasting memes right here. Remember - we're here to help. 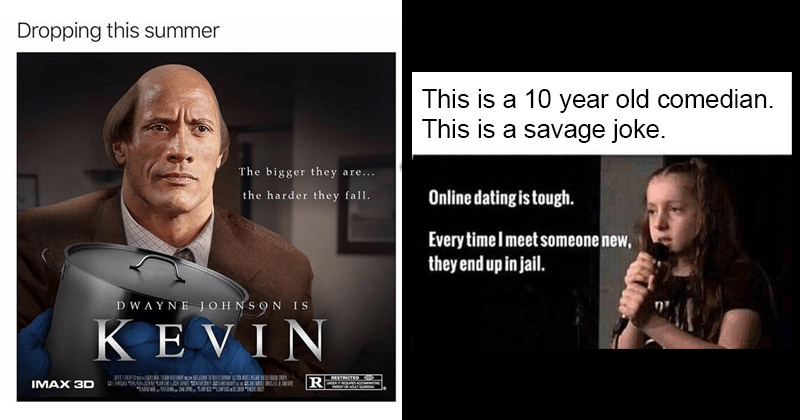 36 Entertaining Memes That'll Pull You From The Darkness

Don't let the sadness win! Fight it with memes! 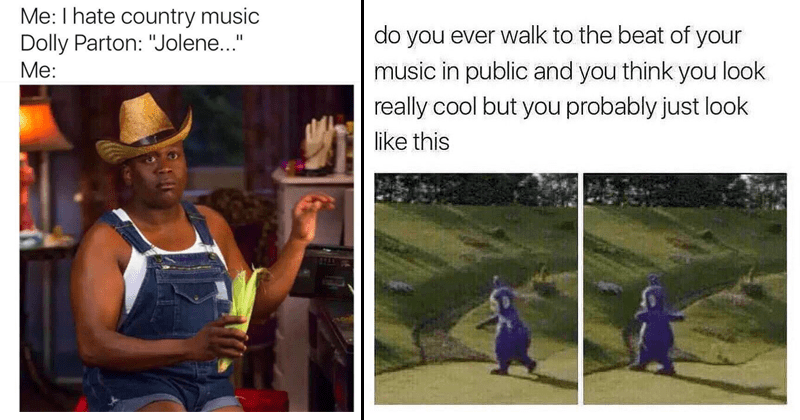 Let us all take this time to reflect on 2018. Let's be real here, a lot of it was comically bad. Like, dumpster-fire bad. 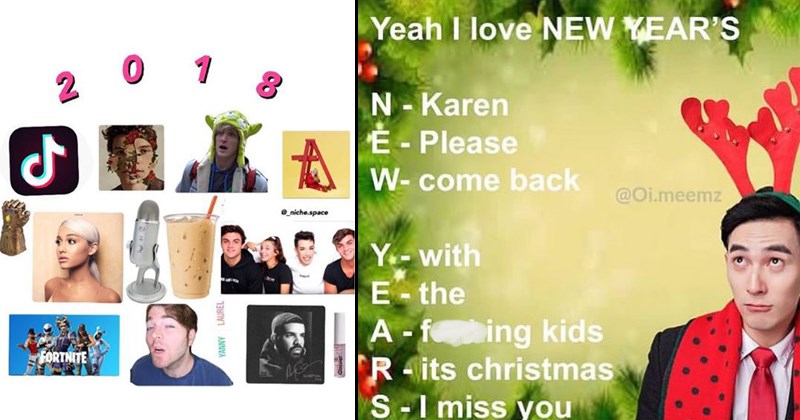 The Sunday blues are here, and we've got the antidote for you. 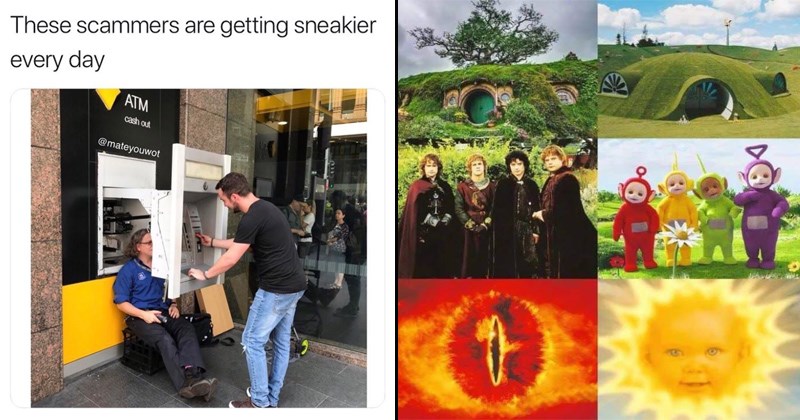 Why Yes I Do 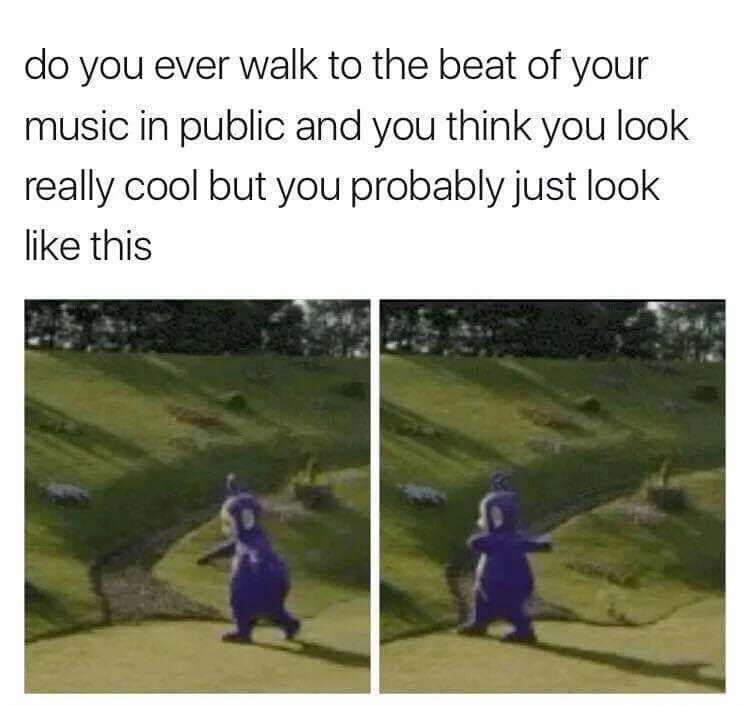 The Teletubbies in GTA V are Not for Children

Welcome to Being Old 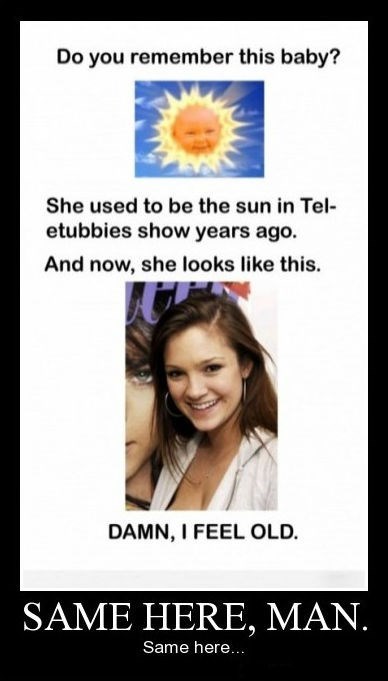 Why Do They Go With the Door Open? 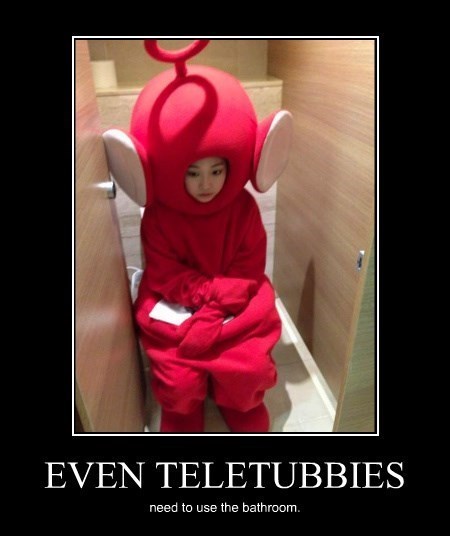 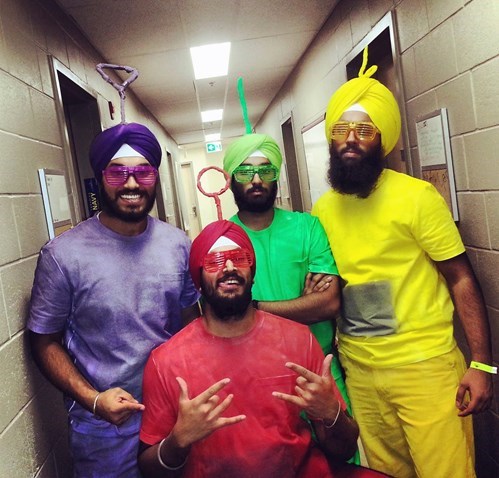