At this point, Liam Neeson is a household name. The Irish actor may have risen to cult status thanks to the Taken franchise and his role as Qui-Gon Jinn in the controversial Star Wars prequels, but he's got another claim to fame that people don't really talk about. And that's his absolutely nonchalant habit of pissing his damn pants.

While his peeing predilections have been investigated in the past, Twitter user @saint_porgy has done us an absolute service by putting much of the proof into one convenient thread. The responses range from creative (a Liam Neeson pants-wetting calendar!) to predictable (pee puns) but they're definitely the content we'd like to see more of in 2021. Out with the bleak, in with the pee leaks. 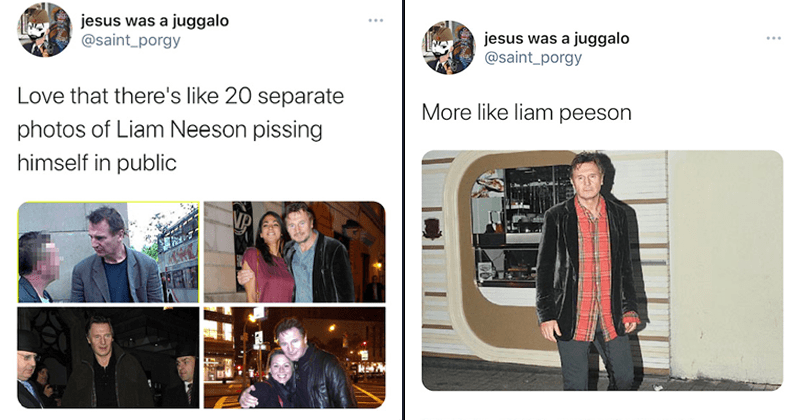 Single Memes For Those Not Taken (17 Memes)

Whether you're happy being single or desperately lonely, these memes will relate to all the single ladies (and dudes) out there. Especially those of you who are past the age of 30, because that sh*t is rough, man. Honestly, it might be too late for you. Just kidding (sort of). 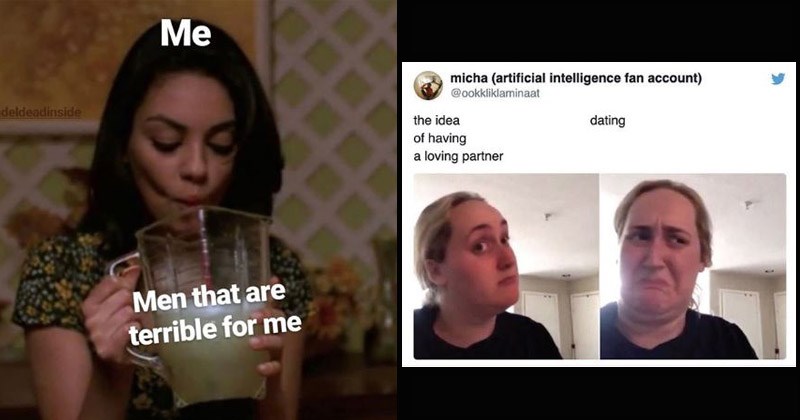 Iranian President Hassan Rouhani stoked our President's ire on Sunday after warning our country not to "play with the lion's tail"or we would regret it. Rouhani added that "Peace with Iran is the mother of all peace, and war with Iran is the mother of all wars." These threatening words did not sit well with President Trump, who took to Twitter with the following impassioned response:

"To Iranian President Rouhani: NEVER, EVER THREATEN THE UNITED STATES AGAIN OR YOU WILL SUFFER CONSEQUENCES THE LIKES OF WHICH FEW THROUGHOUT HISTORY HAVE EVER SUFFERED BEFORE. WE ARE NO LONGER A COUNTRY THAT WILL STAND FOR YOUR DEMENTED WORDS OF VIOLENCE & DEATH. BE CAUTIOUS!"

The tweet's aggressive style, while possibly warranted after Rouhani's foreboding speech, was eaten up by Twitter personalities and quickly became a Twitter meme. It's proven to be the perfect vehicle for popular copypastas, such as Rick Rolls and the famous Liam Neeson Taken speech. World War III may be on the horizon, but at least we've got something to laugh about. Right? Right guys?? 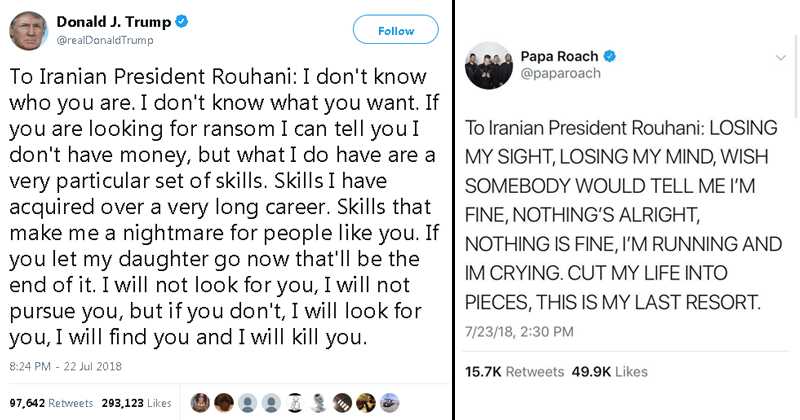 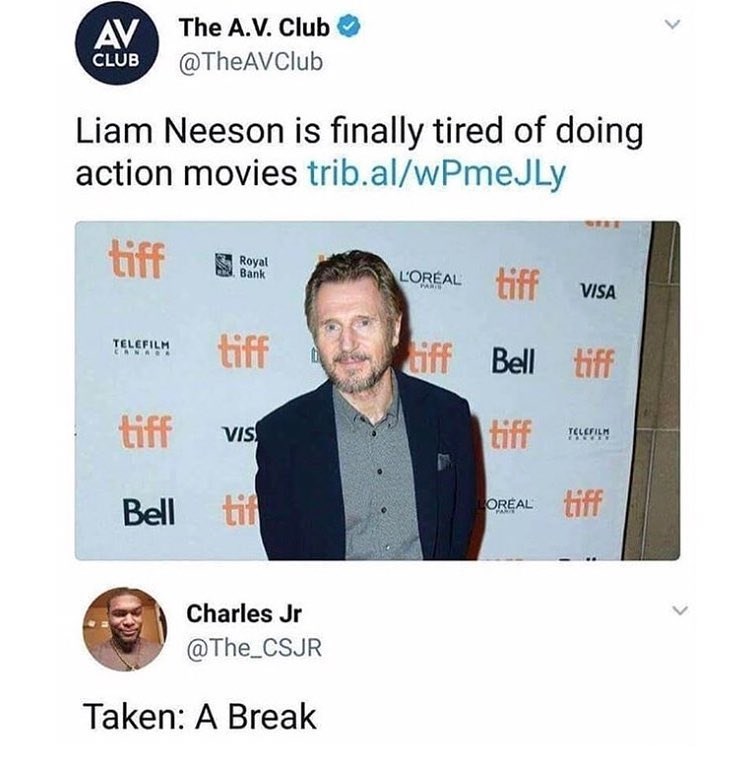 Sometimes a Strongarm is the Only Way to Go

This Movie Gets Pretty Existential at Times 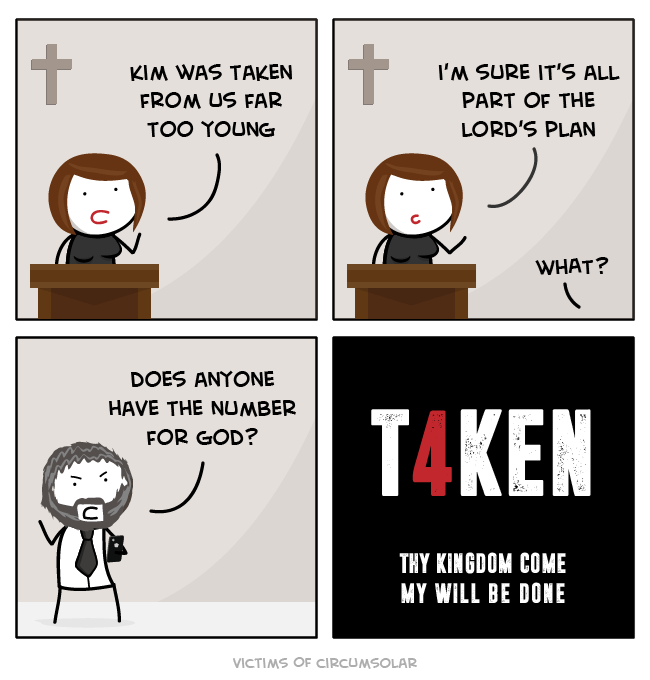 Taken (to Another Castle) 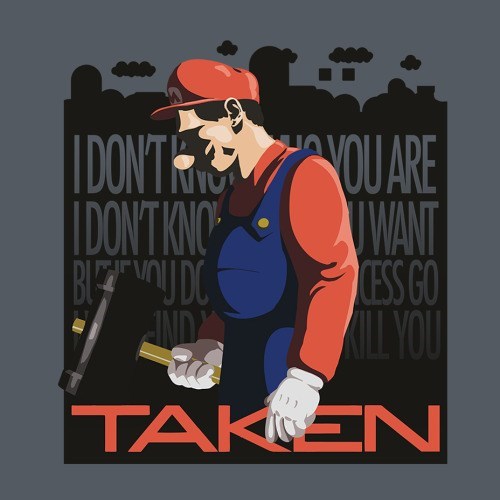 "I don't-a know who you are. I don't-a know what you want. Eef you are-a looking for ransom, I can-a tell you I don't-a have coins, but what I do have are a very parteecoolar set of a-skeels. Skeels I have acquired over a very long-a career. Skeels that-a make me a night-a-mare for koopas like-a you. Eef you let-a my princess go now, that-a will be the end of eet. I weel not-a look for you, I weel not-a pursue you, but eef-a you don't, I weel look-a for you, I weel find-a you, and I weel keel you!"

Just leave it to Liam, dude.

He Doesn't Know Who You Are, But He Will Find You and He Will Love You

The Taken Franchise Has Reached Critical Mass With This Mario Parody

It's About Time That Taken Got an Honest Trailer 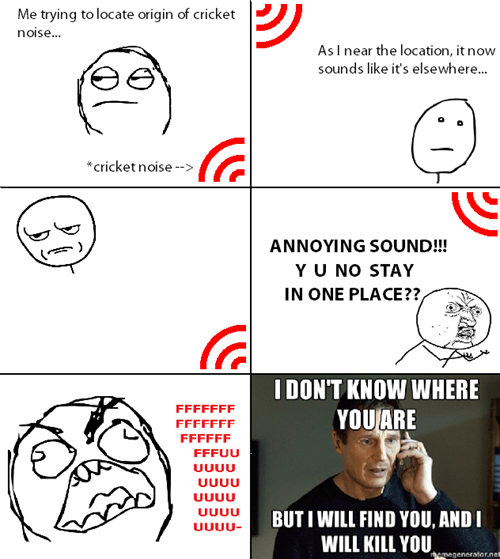 Every Time I Eat Goldfish 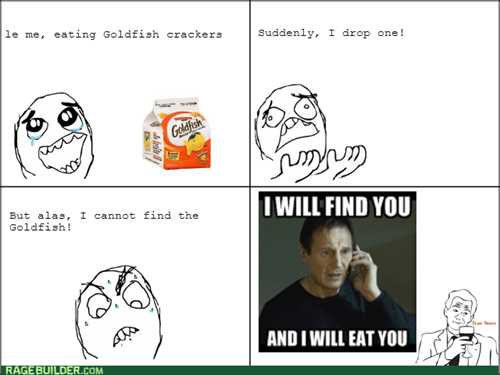 The War Tore a Hole in My DVD Collection 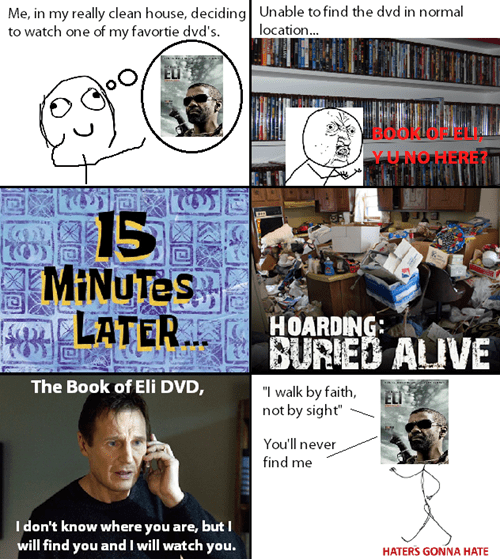 This is the Coolest Bridge You Could Ever Cross 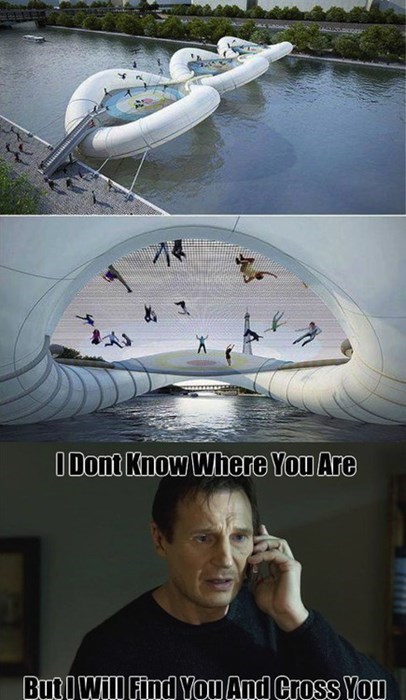 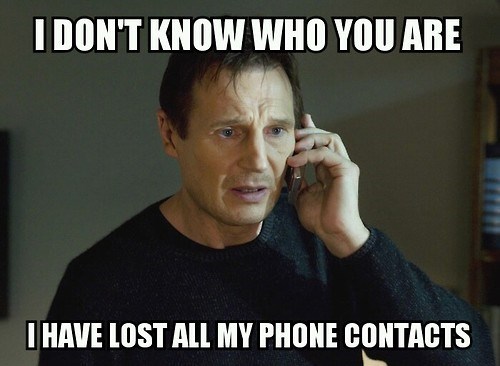