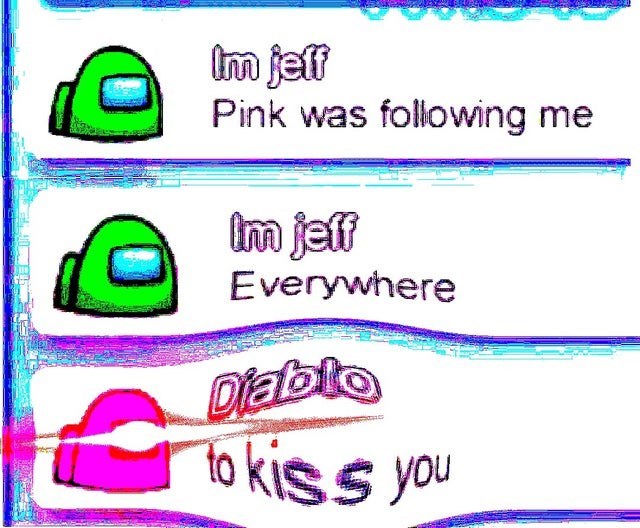 Pink is a predator.

Via The Pixel Kingdom
Repost
Recaption

The 'Among Us' craze couldn't have come at a better time. Many of us are still cooped up in our homes, and we're pretty sure most of us stateside are coping with some major political fatigue. It's only natural that people want to escape with a little gameplay. 'Among Us' isn't just about distracting people from reality - it's a thrilling and strategic murder mystery game that stokes anxiety and suspicion in its players. The Pixel Kingdom has just put out a video that imagines playing the game with 99 impostors - a terrifying prospect that increases that anxiety tenfold. It's a wild and sus ride, but a very entertaining one.