Via The Late Show With Stephen Colbert
Repost
Recaption

Nothing like a musical number to take the edge off. 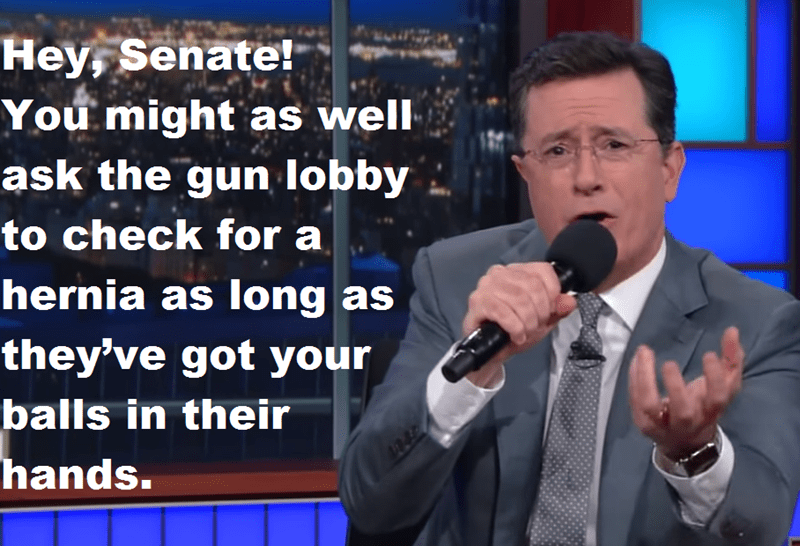 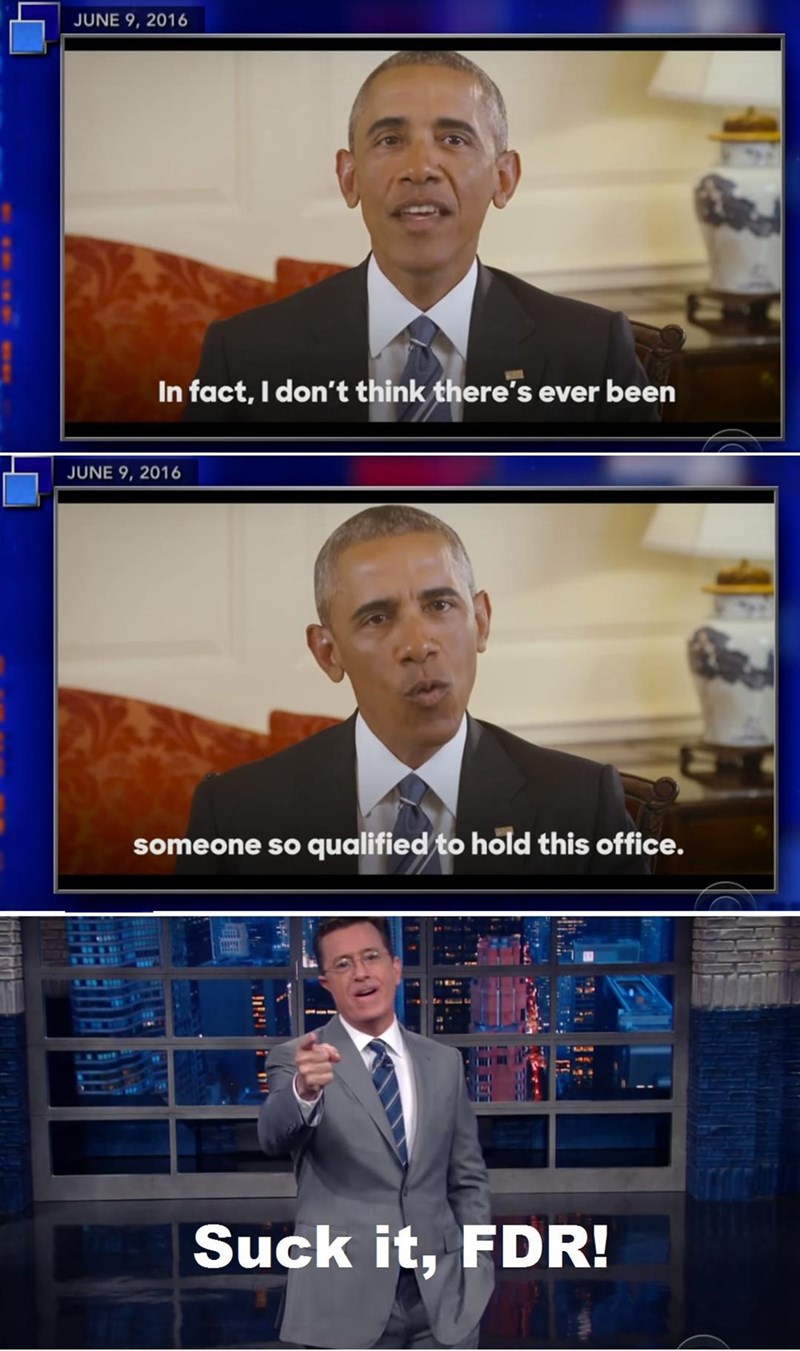 James Bond Has a Tough Time Getting a Car in "Spectre"

Via The Late Show with Stephen Colbert
Repost
Recaption

Stephen Colbert has a bone to pick with the Bond films, but luckily he's got a scene that addresses the lack of realism in James Bond's relationship with cars.

Trump of the Day: Donald and Stephen Colbert Square Off in a Late Night Interview

Via The Late Show with Stephen Colbert
Repost
Recaption

After launching his new show with a bevy of jokes on Donald Trump, Stephen Colbert decided it would be a nice idea to invite the GOP front running candidate for the presidency on The Late Show.

It certainly wasn't the best interview Colbert has had on his show so far, that honor goes to the the emotional chat with Vice President Joe Biden. But still it was a civilized conversation in which Trump still would not say whether President Obama was born in America.

Then they played a little game:

All in all, a solid night at The Late Show. 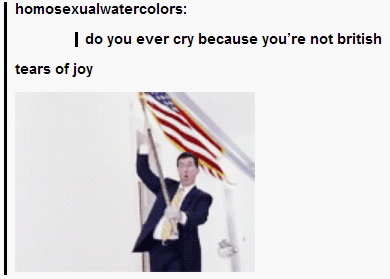