'Ah Yes, The Negotiator' Is A Star Wars Meme Brimming With Cringe & Relatablity

There are many uncertainties in this world, but we're willing to bet that prequel memes are forever. This format from the oft-mocked series is one of the most versatile - and one of the most hilarious. This Star Wars template features General Grievous uttering "Ah yes, the Negotiator" - referring to Obi-Wan Kenobi. The caption lends itself as a reaction to cringey text exchanges, as well as some seriously relatable memes that deal with all the negotiations we'd make as kids. Here are our favorites. 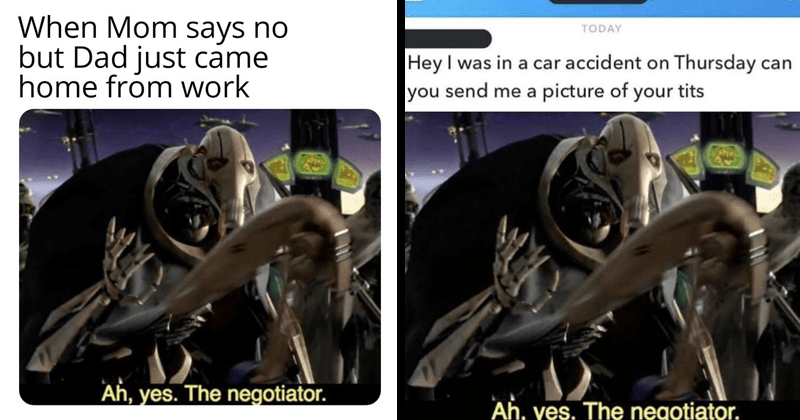 If you couldn't tell by now, we always love a good prequel meme, and this one, featuring Darth Sidious with unlimited power, is our favorite at the moment! It's certainly not new by any means, but that doesn't make it any less entertaining.

Be sure to check out Know Your Meme and /r/DankMemes for more examples! 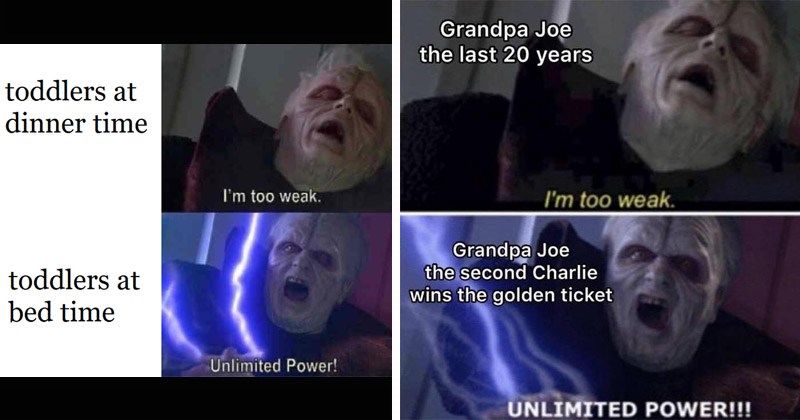 We're sucker for puns, parodies and the Star Wars universe. It should be no surprise that geniuses on Tumblr have managed to pack all of the above into this genius parody of the Star Wars prequels. This one is a mashup of The Killers' classic Mr. Brightside and the cult classic (and very poorly reviewed) films. It's a wonderful witty ride, and we're upset we didn't think of it first. 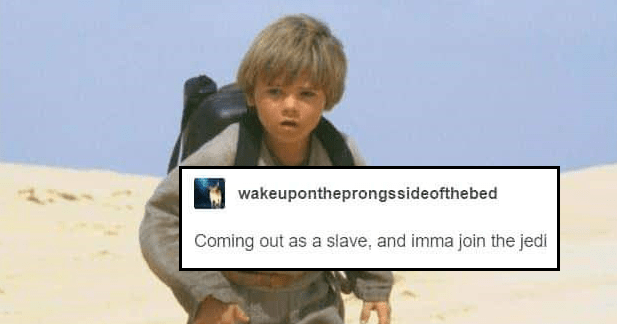 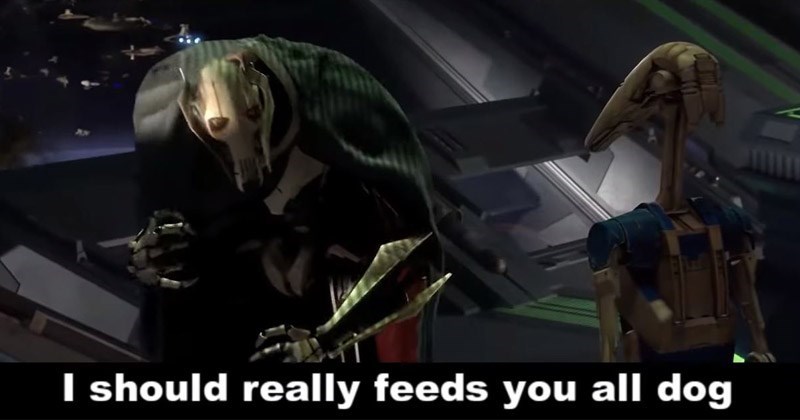 The Star Wars prequels may have been terrible, but we'd watch the crap out of this version.

Haven't yet seen Star Wars: The Rise Of Skywalker? Never fear, because these memes contain no spoilers; rather it's all the Mandalorian, Baby Yoda, and prequel memes you could ever want. Even if you have no intention of seeing the movie, we hope the Star Wars fans out there will get a kick out of this! 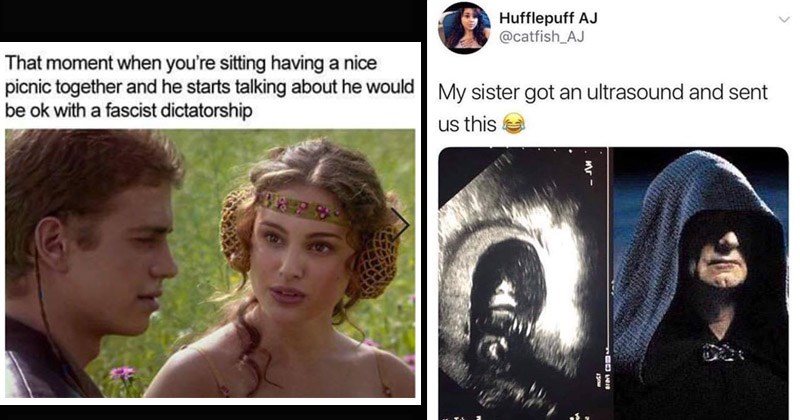 There are quite a few memes out there right now meant to convey visible confusion, but we love this one in particular because of its Star Wars roots. You guys probably know how much we love the prequel memes.

But anyway, here are 14 examples of the "Visible Confusion" meme featuring Obi-Wan Kenobi. 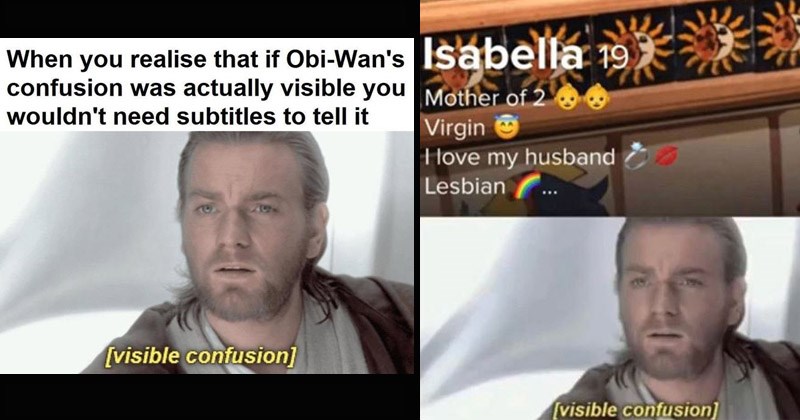 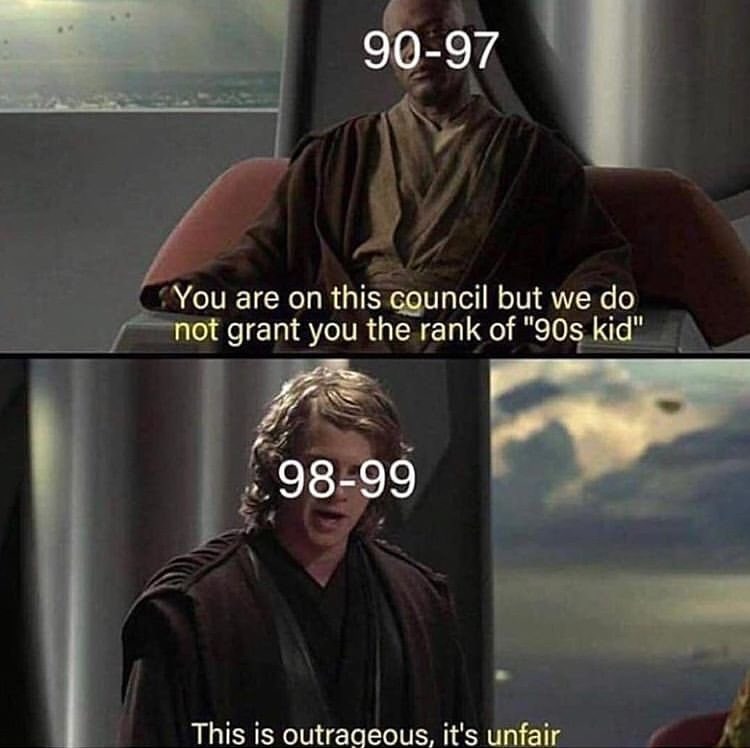 Now we know why Anakin went to the dark side. 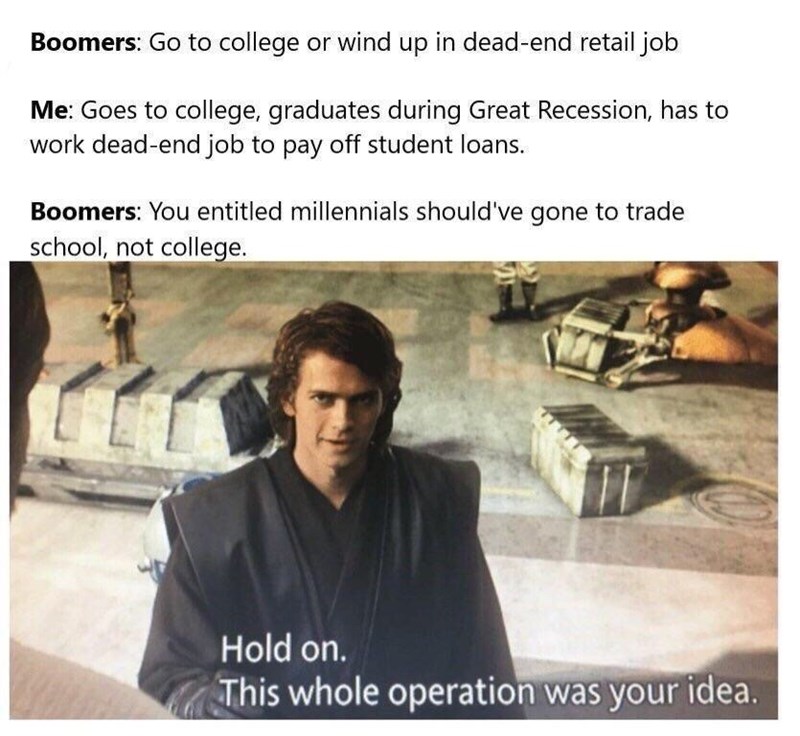 Boomers, get your stories straight!

29 Scroll-Worthy Memes That'll Have You LOLling

Bask in all the comedic glory that is memes! 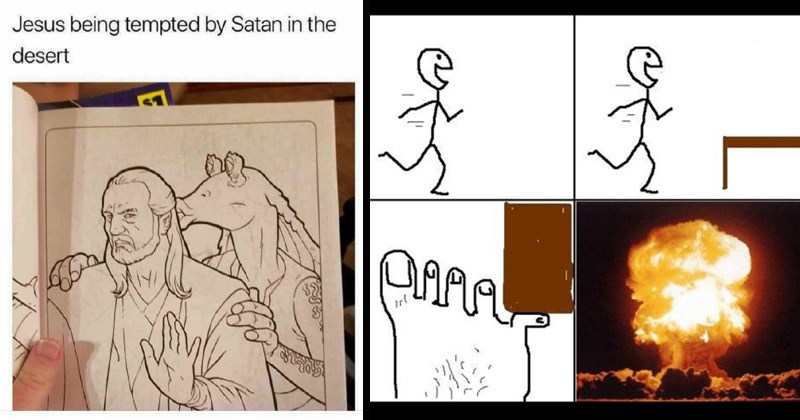 29 'Star Wars' Sh*tposts For All The Prequel Freaks

Most memes have a pretty short life expectancy. They can wither away into obscurity in a matter of days. Not these Star Wars prequel memes. We're beginning to think they are immortal. 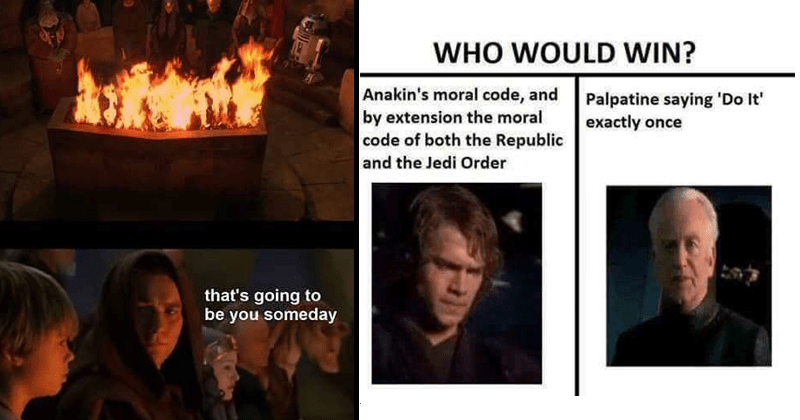 Millennials' favorite song, "Mr. Brightside," was already a shimmering gem, but it gets a wonderful new take when re-imagined in the Star Wars prequel universe. If you want to sing along with the video linked above, we won't even be mad. 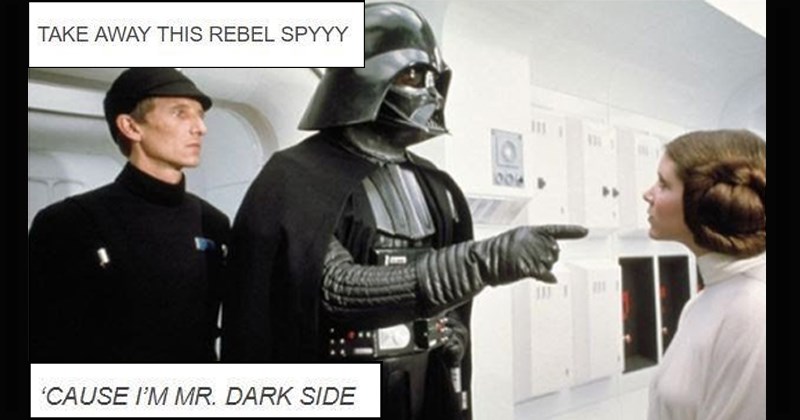 There's really no end in sight to the Star Wars prequel memes that have taken over Reddit. And we're not complaining. 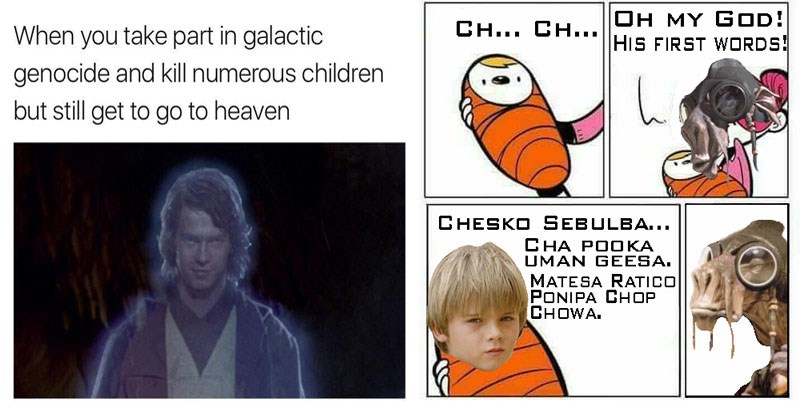 17 Fresh Prequel Memes That'll Give You The High Ground

Star Wars fans, rejoice! We're coming at you with another freshly harvested batch of prequel memes. 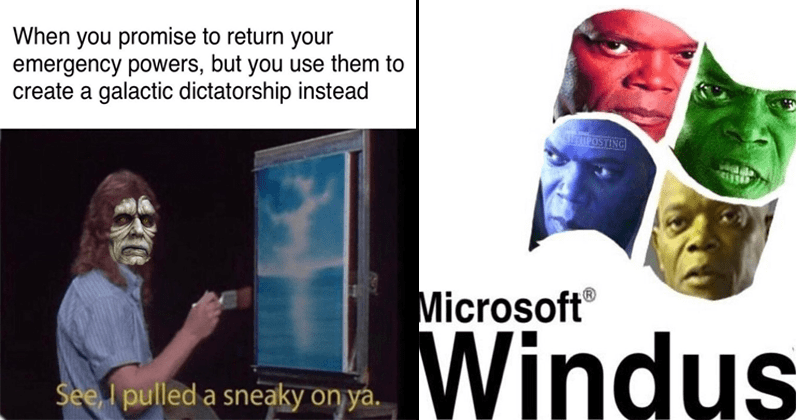 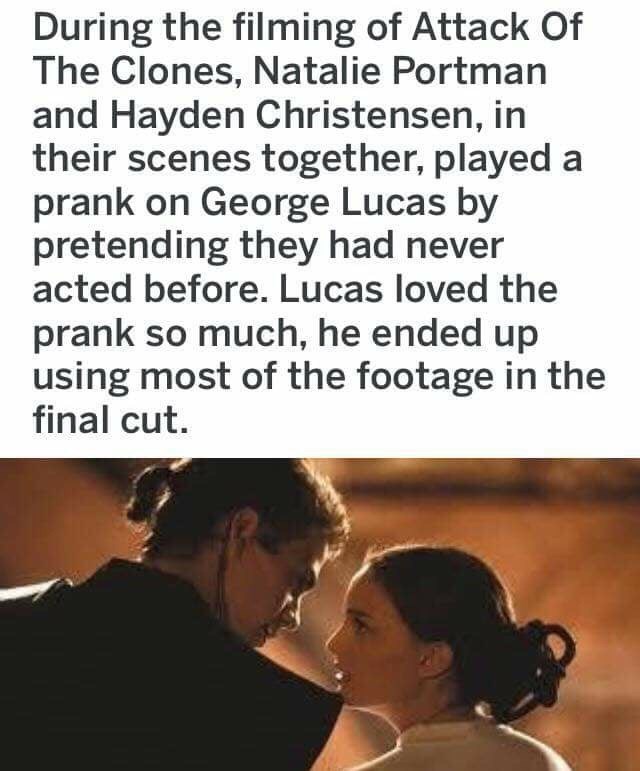 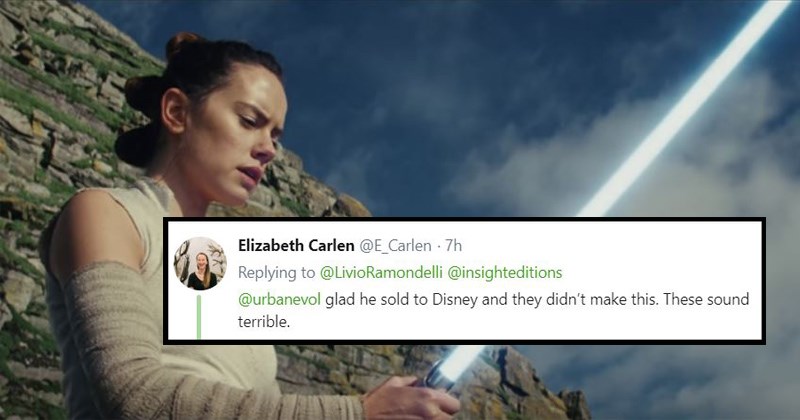 Star Wars prequel memes have been popular since as early as 2013, but this year there was one that really stood out from the rest. In Star Wars Episode III: Revenge of the Sith, Chancellor Palpatine tells Anakin a (long) story about a Dark Lord of the Sith, with the intent of pushing him closer to the dark side. The story is known as "The Tragedy of Darth Plageuis The Wise."

As a meme, the tale is used as a copypasta. While unnecessary dialogue is removed in this context, the story is still pretty wordy. Memers becan incorporating them into memes everywhere from 4chan to Twitter. We've included our favorites - and the full copypasta in case you want to have some Darth Plagueis fun of your own.

"Did you ever hear the tragedy of Darth Plagueis The Wise? I thought not. It's not a story the Jedi would tell you. It's a Sith legend. Darth Plagueis was a Dark Lord of the Sith, so powerful and so wise he could use the Force to influence the midichlorians to create life… He had such a knowledge of the dark side that he could even keep the ones he cared about from dying. The dark side of the Force is a pathway to many abilities some consider to be unnatural. He became so powerful… the only thing he was afraid of was losing his power, which eventually, of course, he did. Unfortunately, he taught his apprentice everything he knew, then his apprentice killed him in his sleep. Ironic. He could save others from death, but not himself." 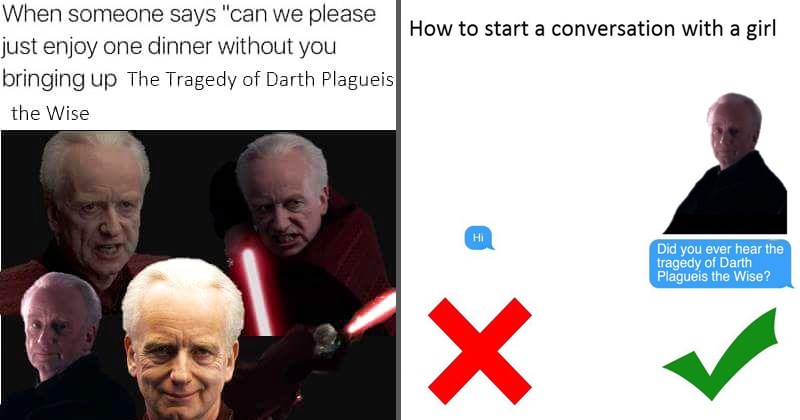