Since we're clearly not going to be out of the COVID-19 pandemic any time soon, we might as well make some humor out of the grim situation. That's why we curated this gallery of Spanish Flu-related memes - to help you laugh, and make you grateful that what we're living through isn't quite as bad. Now please continue to wash your hands, people. 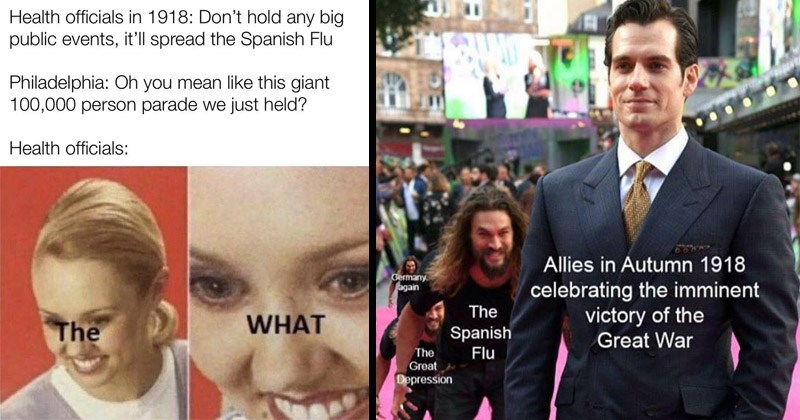 As people in the United States are suffer from cabin fever and empty pockets, some citizens and law makers are protesting everything from lockdowns to wearing masks. Most medical experts, including the esteemed Dr. Fauci, warn against loosening coronavirus-related restrictions too quickly. They're worried it could lead to more illness, and even worse, death. Nobody wants to take one step forward and two steps back when lives are on the line.

In response, NPR Investigative correspondent Tim Mak decided to do some serious digging regarding San Francisco's Anti-Mask League of 1918. The Anti-Mask league's moniker is pretty self explanatory. It was a group that rejected the use of masks following the initial Spanish Flu outbreak. After months of keeping inside and wearing masks when they needed to join the outside world, people decided they were over it. Up to 90% of people decided to go maskless. After the city proposed mandatory mask-use, thousands of people calling themselves the Anti-Mask league showed up to protest. As Spanish Flu cases in the California City were rising. Eventually, a mandatory mask ordinance was enacted, and cases (after increasing) seemed to slow down. Still, San Francisco was one of the hardest-hit American cities. The thread is a cautionary tale - and you can read the gory details below. 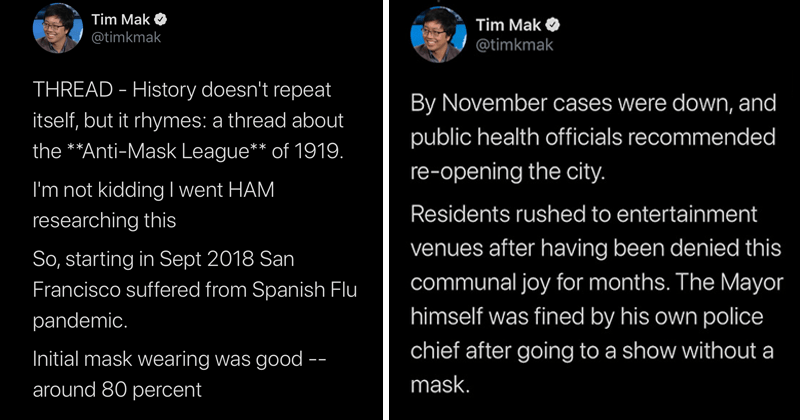