12 Memes That Hilariously Confront What Scares You The Most

Can you meme a meme? According to 'What Scares You The Most,' the answer is a resounding yes. Comedy site/meme hub Obvious Plant posted an image parody based on school interviews back in October. The image, which asks students what they fear most, quickly went viral on Reddit. It wasn't until this Month that people started making parodies of the parody, using it to mock everything from UK politics to Star Wars. 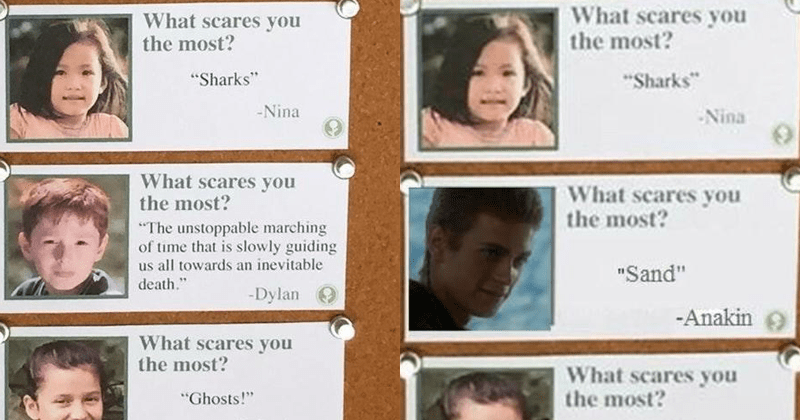 "I don't like sand. It's coarse and rough and irritating and it gets everywhere. Not like here. Here everything is soft and smooth."

Deep, Anakin. Real deep. This quote from 2002's Star Wars: Episode II -- Attack of the Clones is often used to point out how terrible the film is. The scene - and the prequels in general - inspired the creation of many, many ridiculous memes. Here are our favorites. 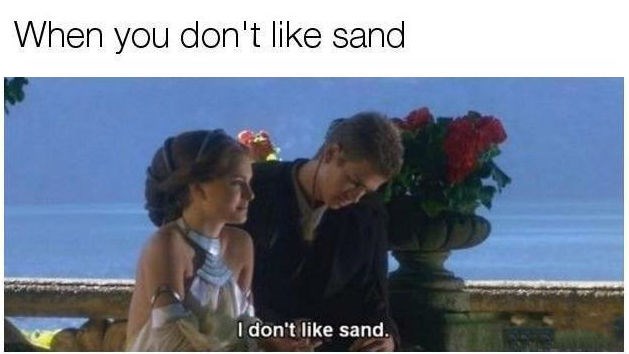 This Awesome Street Art Beats Anything You Can Do With Sand

If you're curious, the practice is called 'rangoli' and it's thought to bring luck in India.

Digging My Way to China

Funny gif of a cat frantically digging, probably to get to China.

Dog Reacts to a Lime 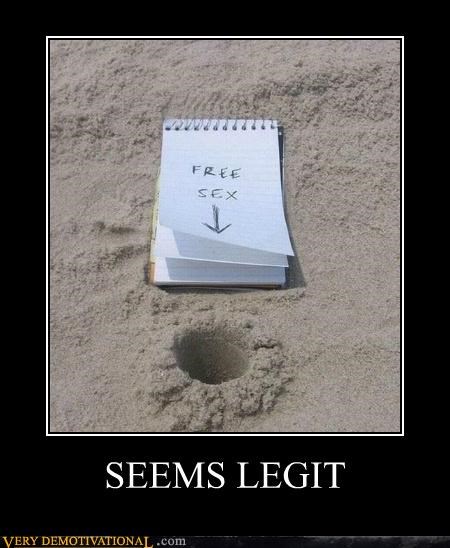 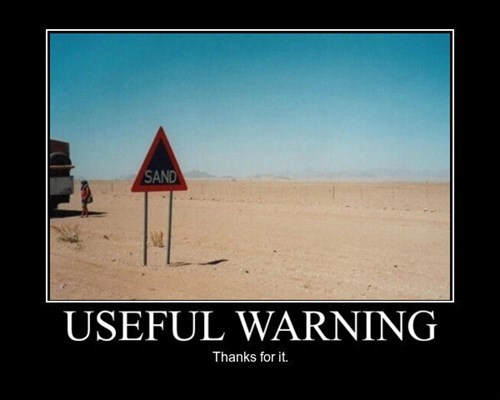 To Be Fair It's a Big Planet 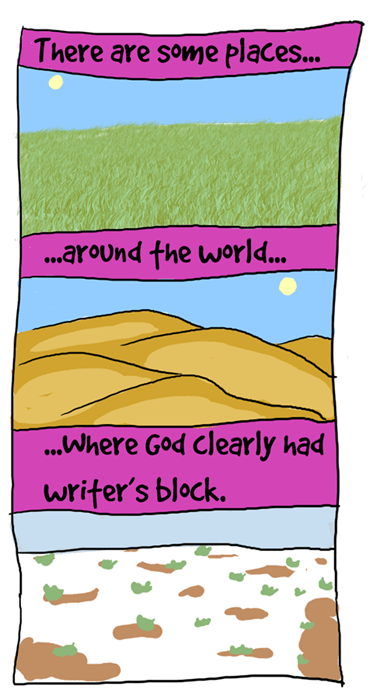 Detective Puppy on The Case

That Car Did Not Pass its Safety Test

The Sand Wheel Will Open Up Your Third Eye

Some How It's Sort of Depressing 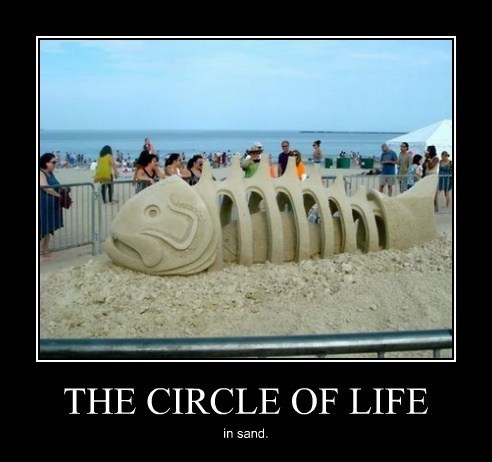 40 Funny & Relatable Memes For Anyone Who Needs A Laugh