rage against the machine

'90s alt rockers Rage Against The Machine just announced their European tour, and the London Review Bookshop was extremely surprised to find that the band was slated to play their modest store on August 14th. While some business might simply inform the tour managers of the error, this particular bookstore decided to roll with the hilarity on Twitter. And we're extremely glad they did. The whole debacle turned into a delightful thread filled with book puns, Rage Against the Machine references, and some serious impressive wit on the part of whomever runs the account. We've included the highlights in this gallery, but you can see more of the bookish antics right here on the thread.

And for you English Rage fans that are worried about going to a show at a prim and proper book shop, fear not: the correct venue is Review Bookshop in Peckham.  Which we hope has planned for the rockers' set. 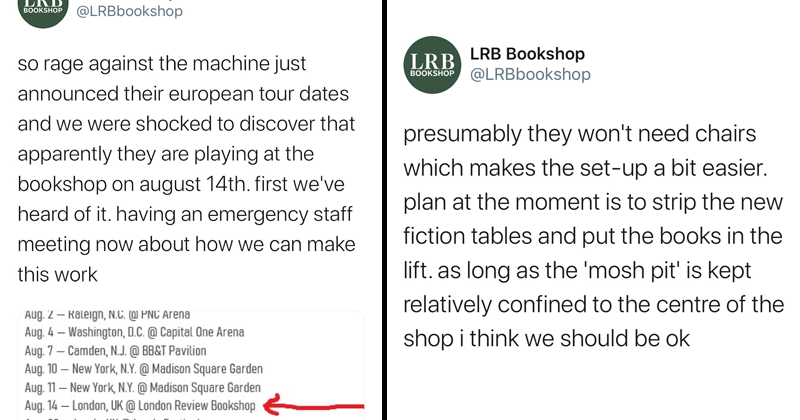 F*ck You, I Won't Do What You Tell Me 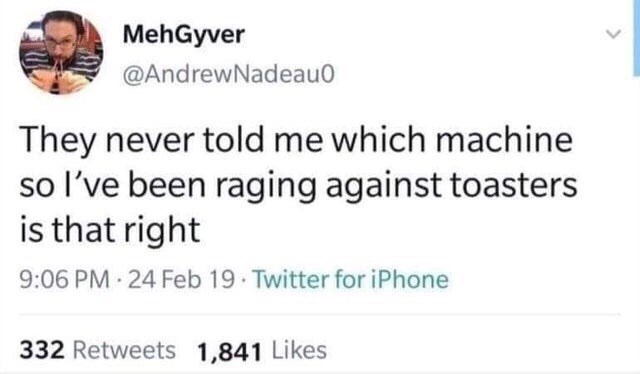 Hope those toasters feel the rage!!!

Can't Kill the Revolutions Per Minute 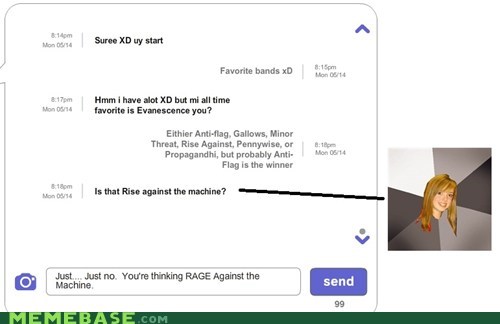 Using the word Rise makes me want to Rage.

Better Than Rage Against The E-Machine 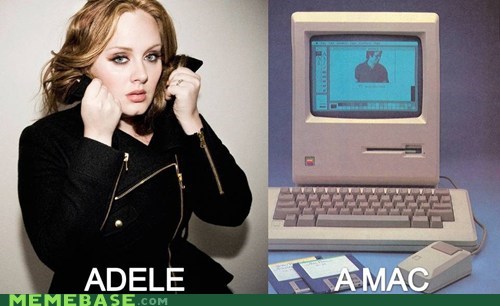 Kill in the Name of ALL the Things! 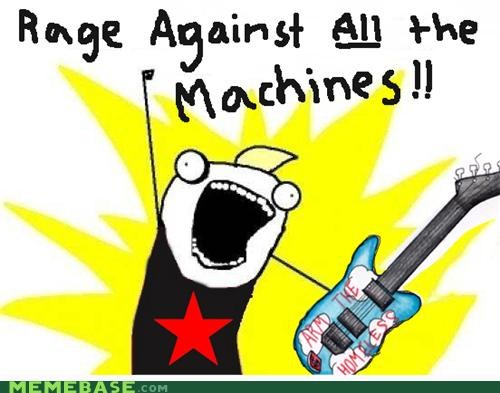