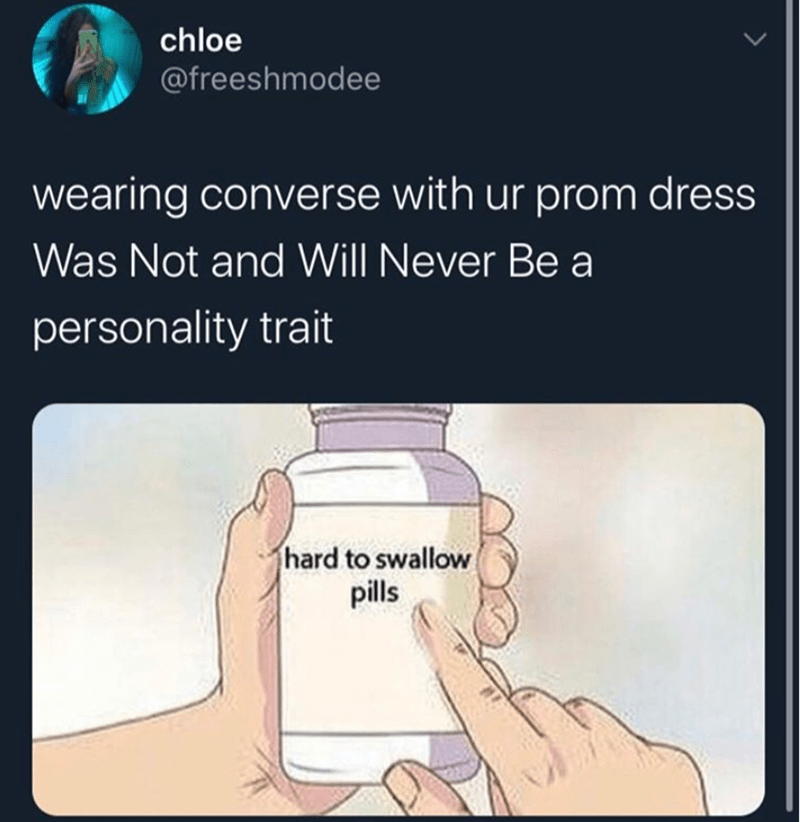 How many of you thought wearing Converse was subversive?

There was some serious prom dress controversy last week after high school student Keziah posted prom photos of herself wearing a cheongsam - a traditional Chinese dress. While Keziah had many supporters, several people were adamantly against her dress choice, citing racism and appropriation of culture. Twitter user Jeremy Lam was one of these opponents, retweeting Keziah's photos with the caption "My culture is NOT your goddamn prom dress."

Lam ended up seeing his own backlash as people found him guilty of bullying - but the best Lam backlash comes in the form of tweet parodies. His dramatic quip has made for some hilarious Twitter memes, featuring the likes of Guy Fieri and our favorite lizard person, Mark Zuckerberg. 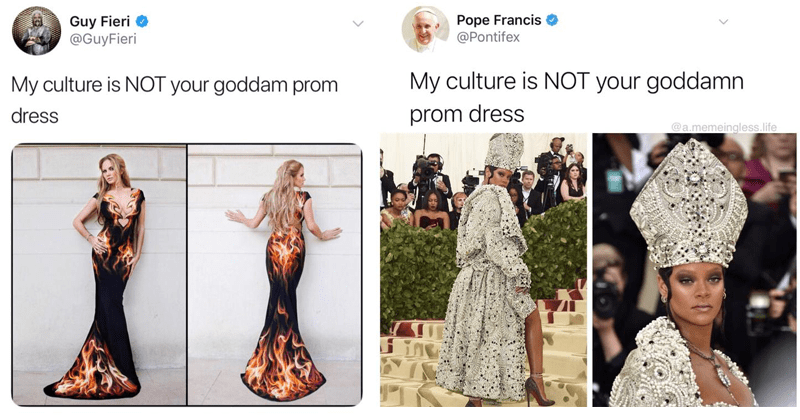 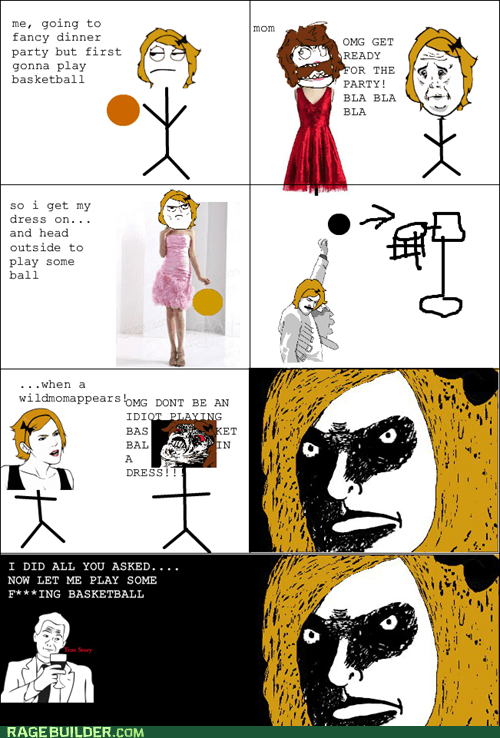 With This Dress I Will Give Up My Virginity