Tipping can be one of the most stressful parts of participating in the hospitality industry. Etiquette, amount and the quality of the service can all play a role, and some may resort to unconventional methods in order to give (and receive) tips.

One example of this was recently captured on film, in footage posted by ringdoorbell.compilation. It shows the moment when a Pizza Hut delivery driver arrives at a customer's home. According to the caption, there is a sign on the door asking him to take a slice, as they have no money for the tip. After reading the note and exclaiming "are you kidding me?", the driver sadly takes his offered slice.

Commenters debated at length over whether the gesture was justified, or the customers should have left cash. While some maintained that no-one should order food without being able to pay for the service, others were adamant that it was not their responsibility to top up other peoples' wages. Judging by the reaction of the driver, he wished that more people belonged in the first camp. Doesn't he already get free pizza anyway? 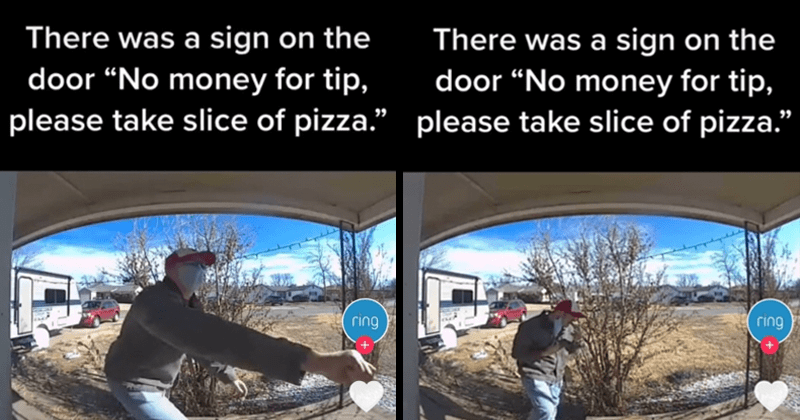 Everyone loves to mock Olive Garden for their iconic breadsticks and overcooked, highly caloric pasta dishes, but do you remember being a kid, twitching with excitement in the backseat of your parents' minivan on the way to a fancy evening at the local Olive Garden, or Sizzler, or TGI Friday's? We've all got that one place we remember feeling like a decadent treat when we were kids, but seem pretty underwhelming now as adults. @johnbcrist asked the people of Twitter to share the spots they used to think were super glamorous, and the replies made us feel pretty damn nostalgic. Check out some highlights we grabbed from the amusing thread. 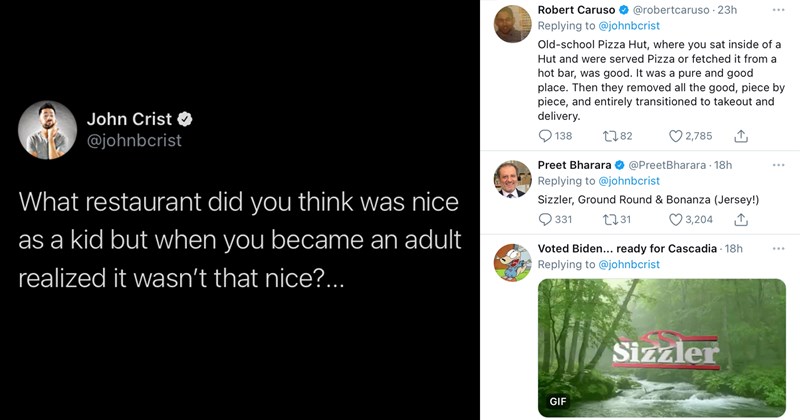 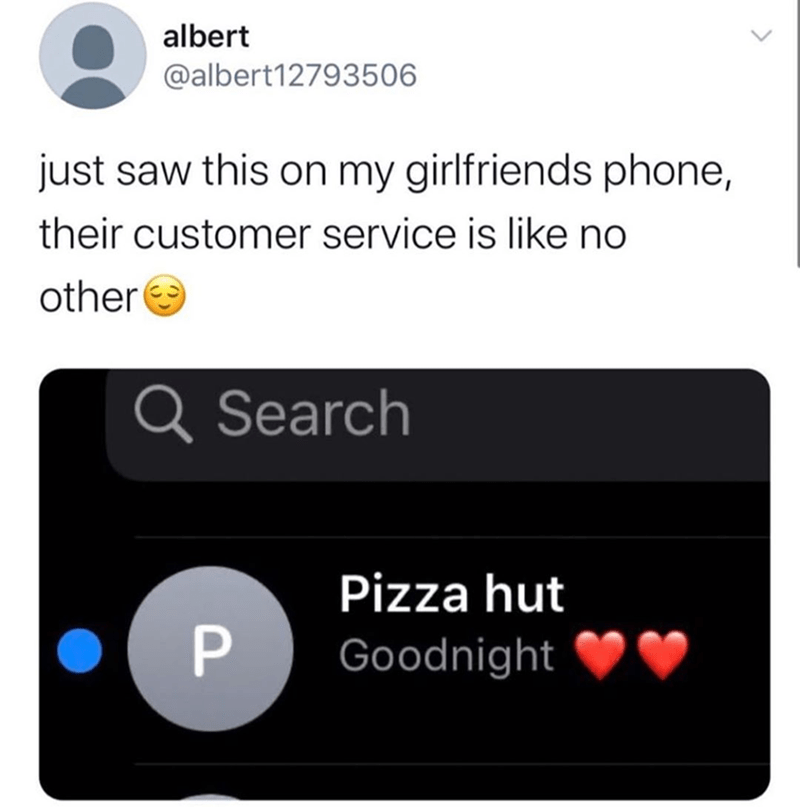 Who's gonna tell him?

The Way To A Woman's Heart 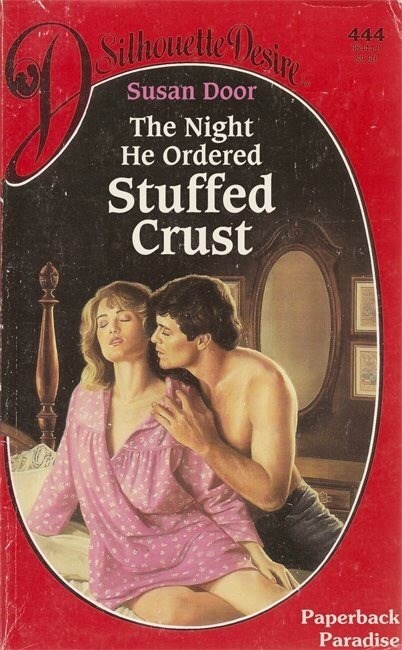 This guy is a keeper.

Hot Tip: Get a Free Pizza If Today's Your Birthday 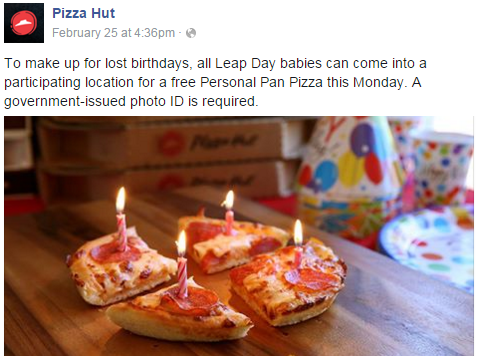 If you haven't heard, Kanye West has some money troubles. He's apparently $53 million in debt and asking people like Mark Zuckerberg to invest in his ideas. Pizza Hut has another suggestion for Mr. West. Or at least someone on their social media team does.

In response to one of his weird Twitter rants, Pizza Hut UK tweeted at Kanye offering him a job. Not an advertisement deal, mind you, but a minimum wage pizza making job. Kanye hasn't responded, and I can't decide if the whole thing is well played, or trying too hard. What do you think?

Is Marketing an Instrument?

LOL of The Day: A Canadian Student Showed Her Love of Pizza With This Hilarious Couple's Photo Shoot

Nicole Larson, a college student at the University of Lethbridge in Alberta, really likes pizza. And to showcase her love of the delicious dish, she did what she saw others doing with their loves on Facebook—a couple's photo shoot. With the help of her photographer friend, Miriam Lena, Larson staged the most romantic photo shoot ever. Don't they make such a lovely couple? 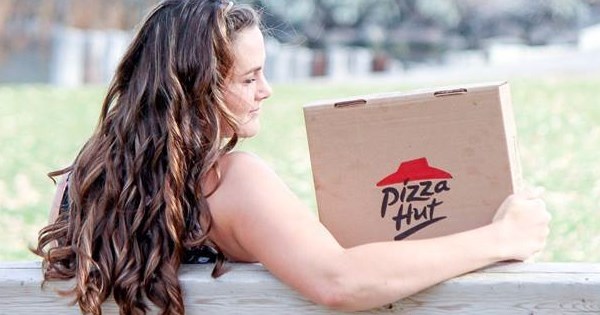 Write a Joke? My Life is a Joke 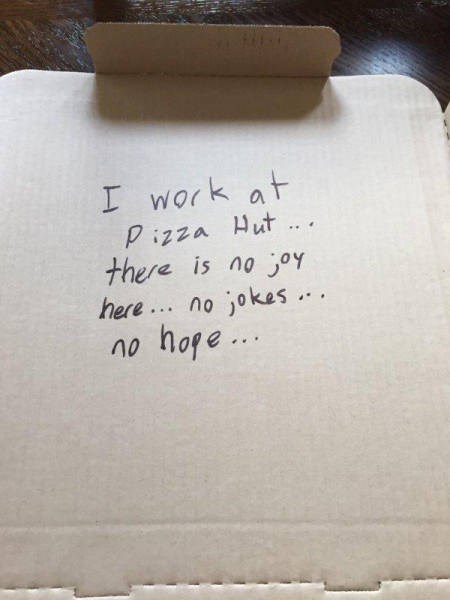 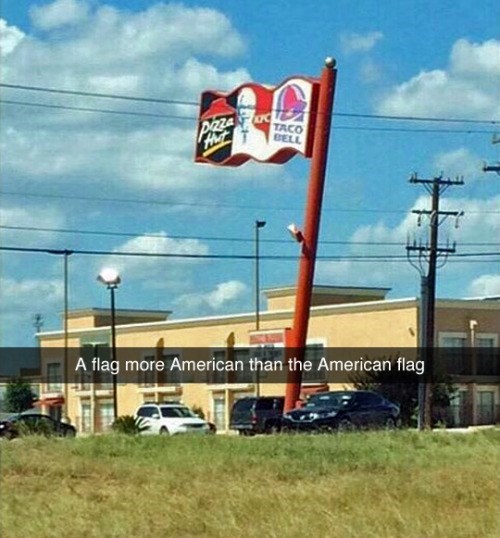 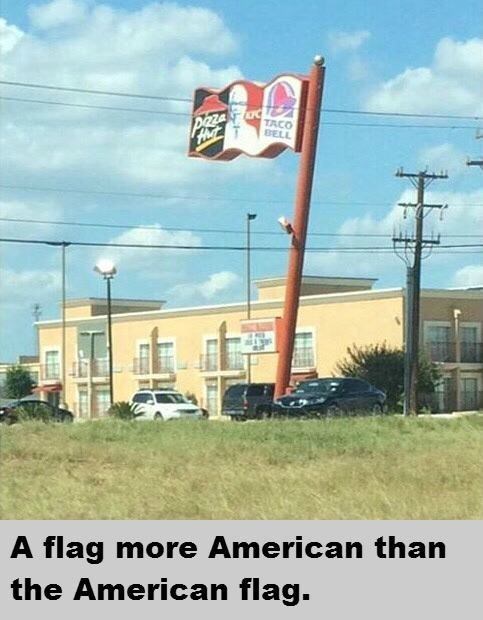 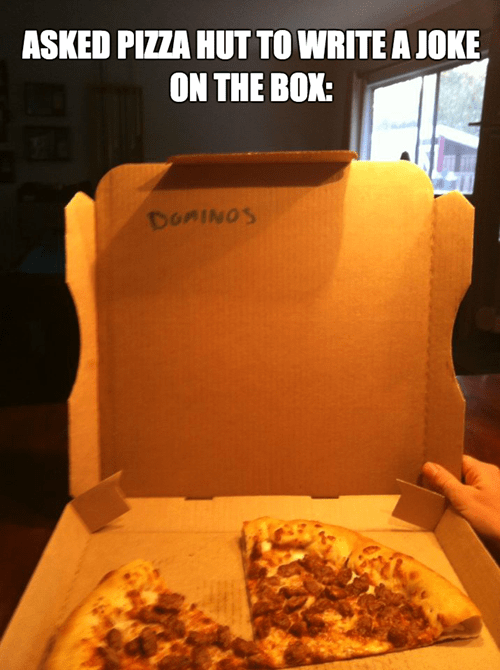 Letter Spacing Can Make All the Difference 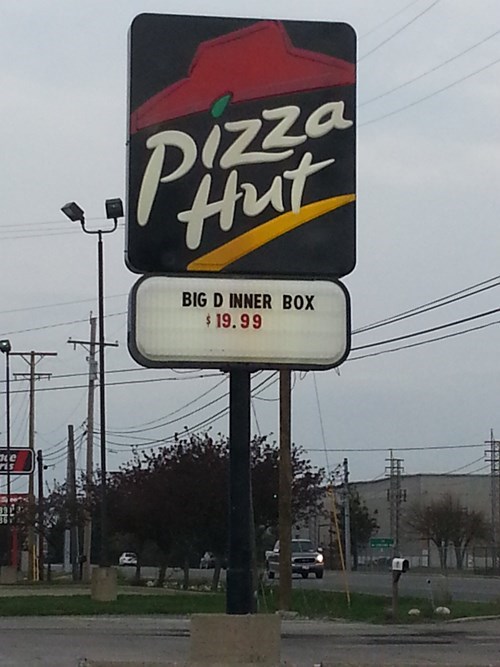 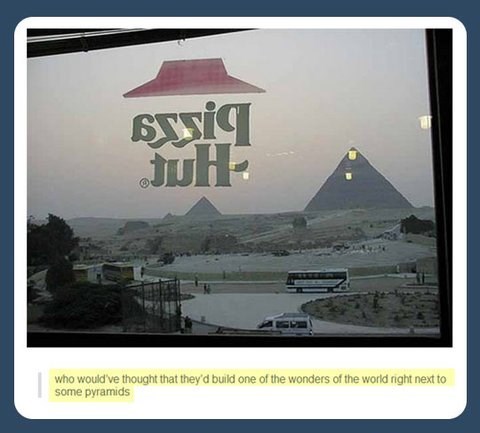 Can We Stuff That Hot Dog With Cheese Too? 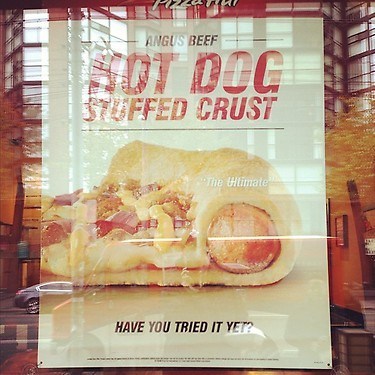 You Can't Be Serious, Pizza Hut 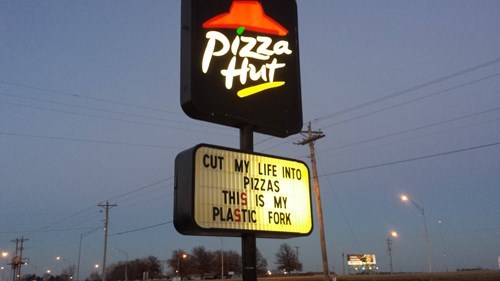