23 Dank Memes For People With A Sick Sense Of Humor 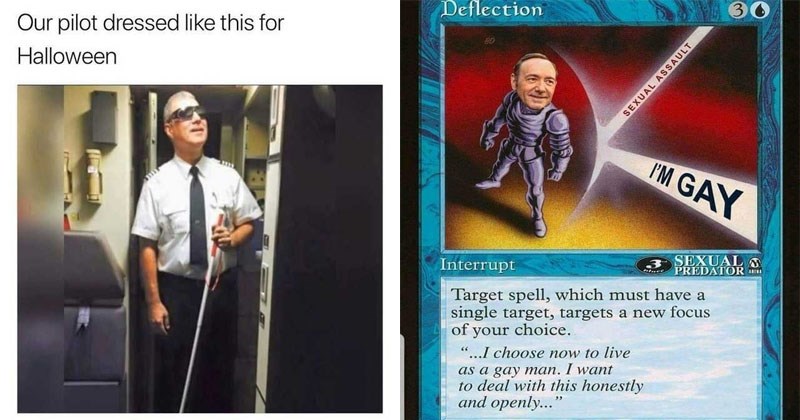 Seven years after his death, the CIA has released files seized during the 2011 raid of Osama bin Laden's Abbottabod compound. Among the files were his personal journal and planning materials - but we don't really care about that. What interests us most is that Osama (or one of his family members) was apparently into anime. 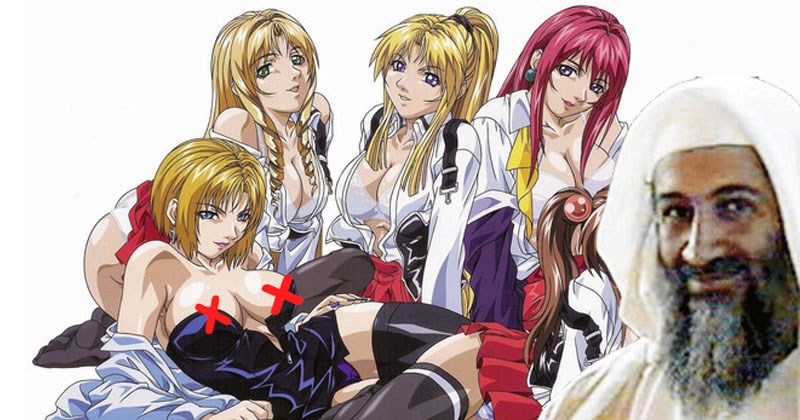 A Bumper Sticker I Can Get Behind (Literally) 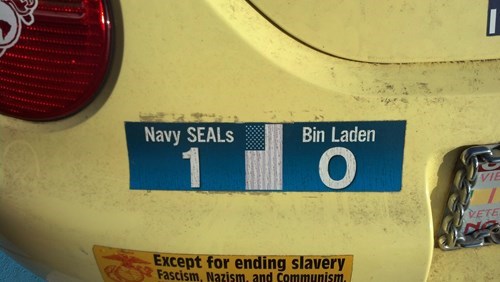 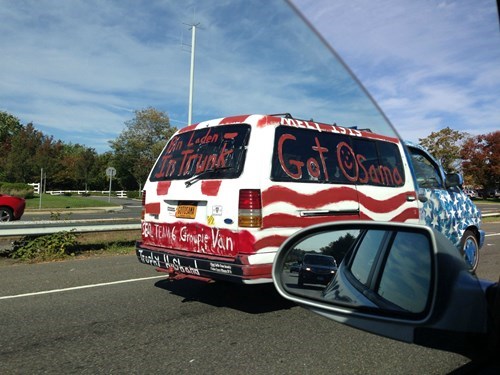 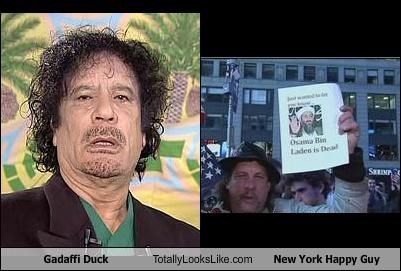 For more on Gadaffi and Osama, visit our BFFs over at Pundit Kitchen!

And the Award for "Outstanding Performance of a Crazy Person on Facebook" Goes to... 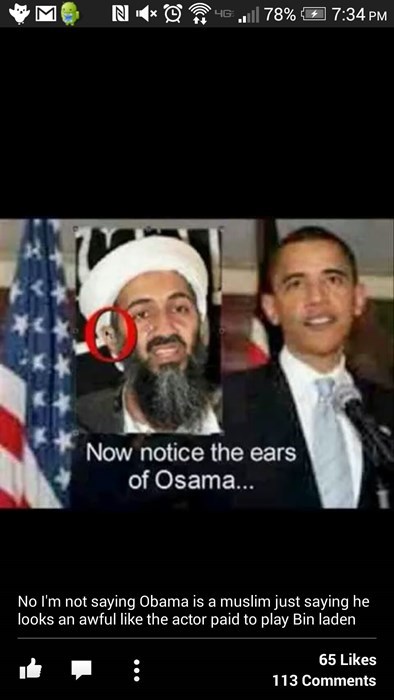 Give Me a Lifetime Supply of This, STAT! 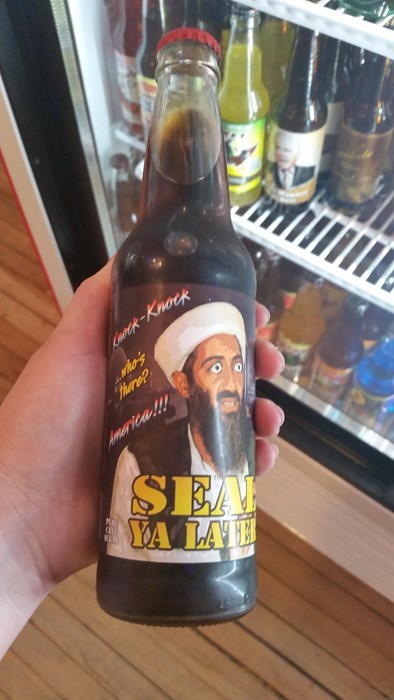 Don't Think I Won't Send the Entire U.S. Military After You if You're One Minute Late 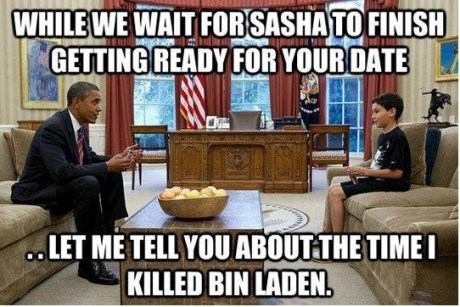 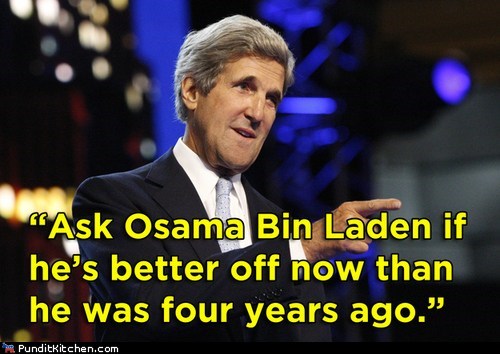 Looks Great on the Mantle 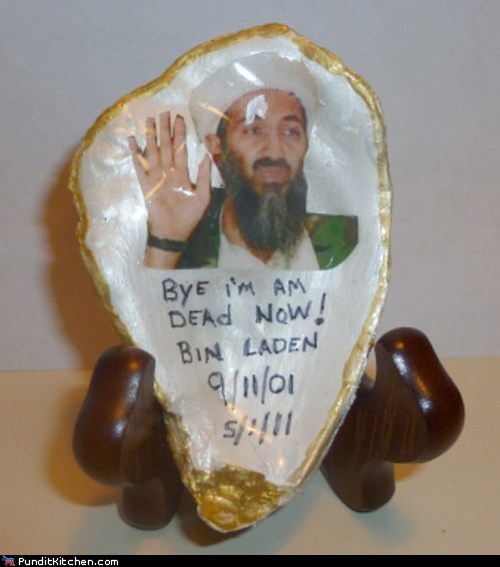 One hell of a conversation piece for your next Tupperware party.

I Don't Think You Understand the Gravity of the Situation 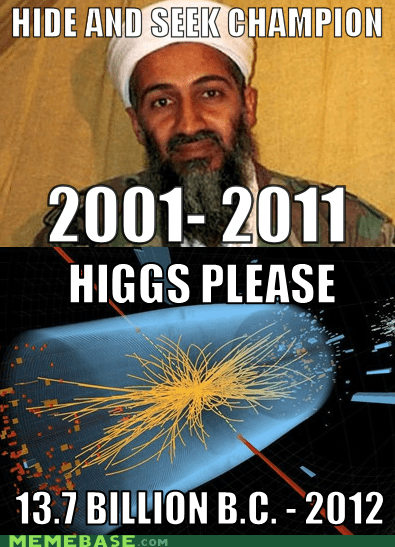 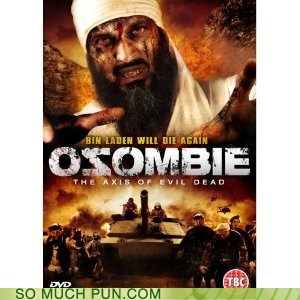 Where's military-garbed Bruce Campbell when you need him!? - Matty Malaprop

Everything Turned Out Better Than Expected! 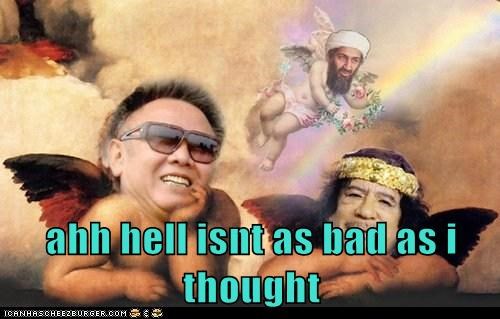 We Got Him, Boys 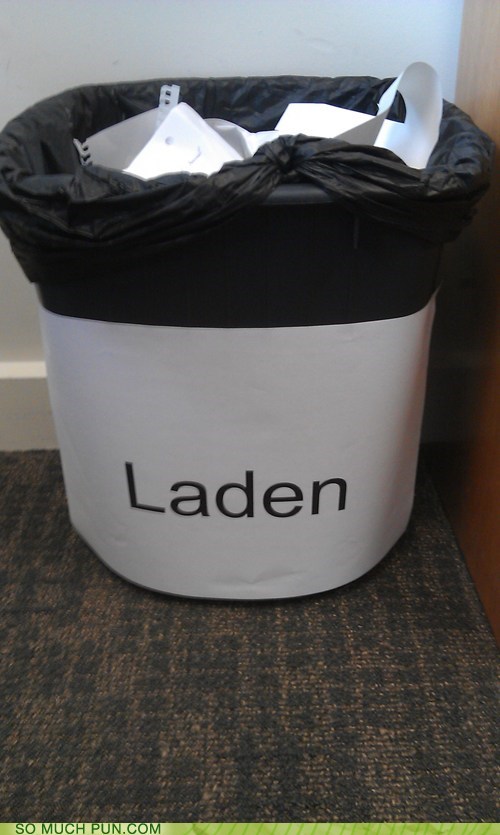 Maybe that secret mission wasn't quite so valiant after all... - Matty Malaprop

Yes, you know and I know that it was only a matter of time before an Osama Bin Laden zombie movie came out. Then I probably don't need to tell you that it contains violence, awkward kissing, topless men, zombies, explosives, and some more awkward kissing. Actually, I did not expect the awkward kissing, so was at least one surprise.