Feast Your Eyes On The 'Nacho Hack' That's Horrifying The Internet

It has been two days since the Tampa Bay Buccaneers crushed the Kansas City Chiefs in Super Bowl LV. People have quieted down about The Weeknd's incredibly memeable halftime performance. Hopefully, all the buffalo wing sauce has exited your bowels quickly and painlessly. You'd think the Sunday Funday would be a distant memory. But, alas. The internet is still reeling from one influencer's mindboggling attempt at a "nacho hack," a scarring and arguably revolting gift that was meant to help people who are apparently struggling to serve the decadent food that is prevalent during the "Big Game."

On the same day as the Super Bowl, Facebook user Adley uploaded a video of an unknown woman showing viewers how to hack their own nachos. This is not something new for Adley's page - it's absolutely littered with clickbaity pranks and unnecessary products. But when this brunette opened a gigantic can of Velveeta and proceeded to pour it onto her pristine kitchen island, all bets were off.

After spreading the garishly orange cheese product around with her bare hands, our mystery woman adds the following: obviously cold beef, a can of black beans, wilted bagged lettuce, a container of sour cream, "guacamole," pickled jalapenos, and cold shredded cheese. The whole thing is a mess. You'd think that the display was over here, but you would also be dead wrong. It actually gets worse.

Following a liberal dusting of packaged taco seasoning, our "chef" proceed to use two putty knives (yes, the ones for spackle) to mix the unholy mix of ingredients into a vomit-esque blob. But what are nachos without the chips? While normally the dish consists of tortilla chips that are sensually layered with sumptuous ingredients, this woman has other plans. She dumps a bag of chips on top of the gross and gooey mass, and again uses her bare hands to crunch and then fold the chips into the cheesy mess. She then uses an ice cream scoop to fill a TORTILLA cone with the "nachos" and takes a hammy bite out of it.

If you're feeling shook by this "hack" you're definitely not alone. After @PettiBetti shared the cringey display on Twitter, the post quickly went viral. People absolutely love to tear down crimes against food, and this is a pretty heinous crime. While some people decried the "chef's" use of ingredients and the fact that she was serving NACHOS in a CONE, other people seemed to be more triggered by her lack of gloves. Obviously, some people took issue with both. We've put together some of the horrified responses, because they're hilarious. But if you for some reason want to subject yourself to the full dose of insanity, you can do so right here. Just try not to watch while you're eating. 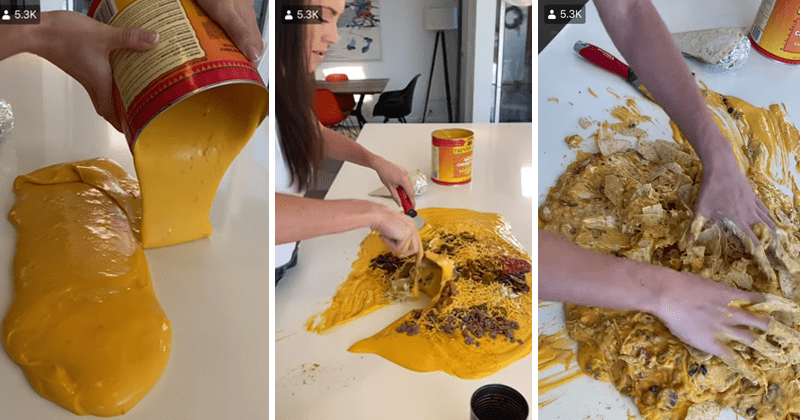 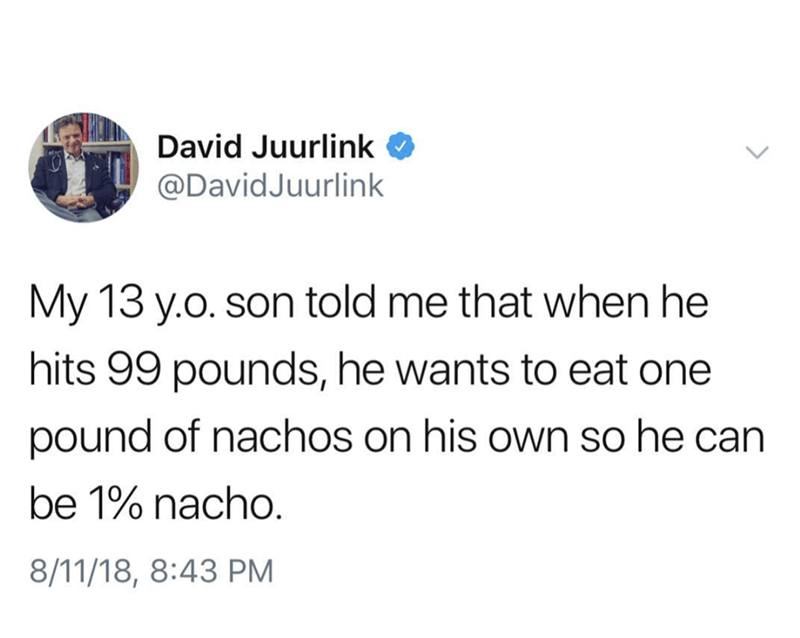 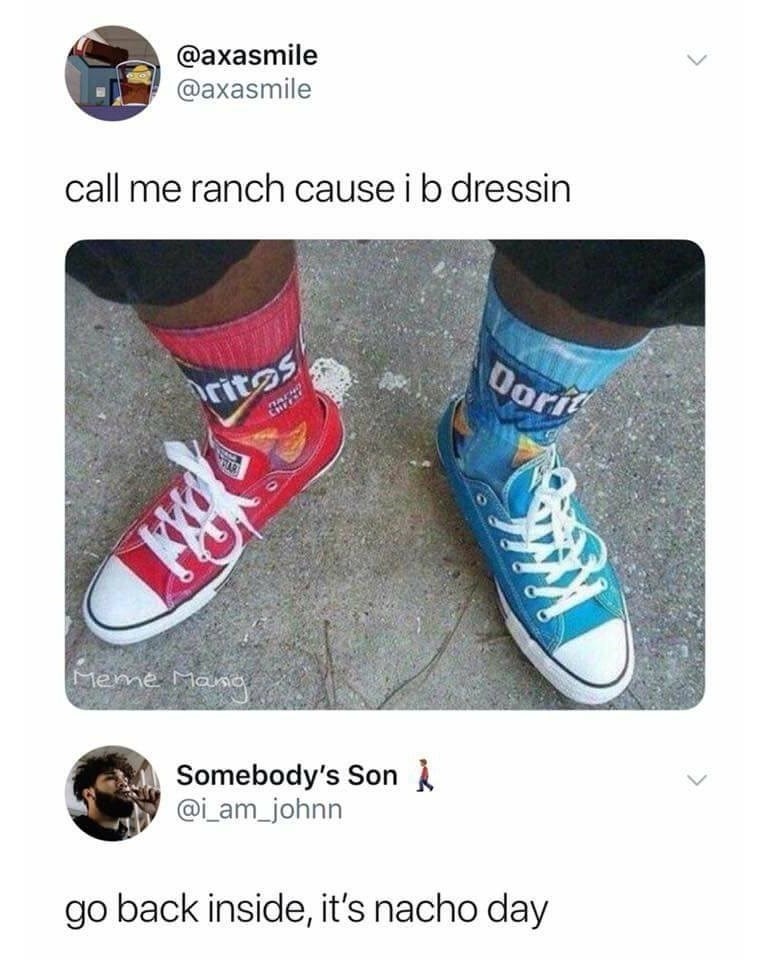 30+ Memes And Comics To Get You Into The Daily Grind

These memes pair well with a gigantic coffee. 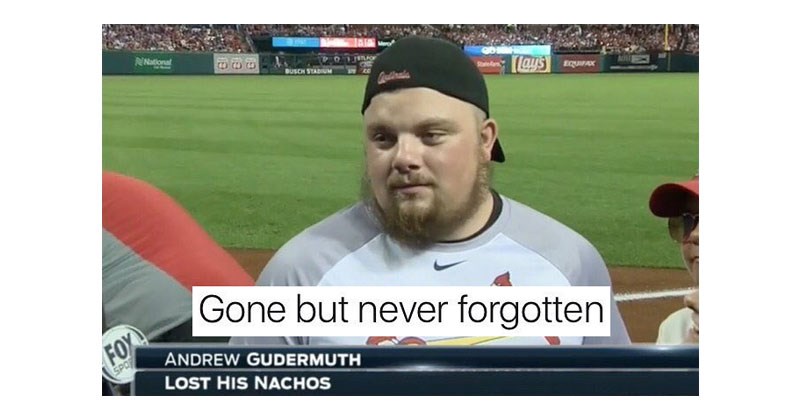 Make the Manliest Nachos for Dinner (MEN ONLY!)

Via You Suck At Cooking
Repost
Recaption

This is like an Old Spice commercial made a baby with a cooking show. 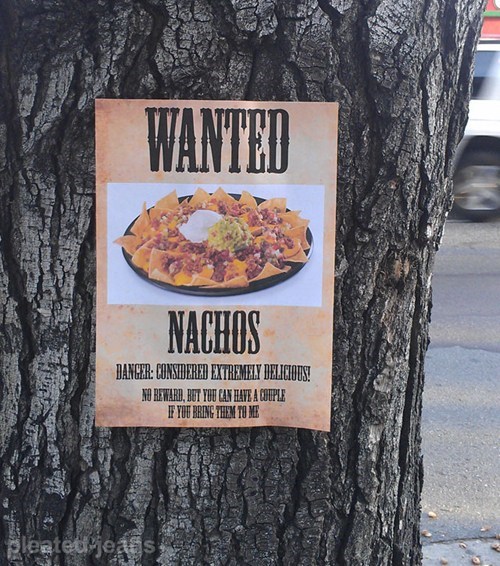 Your Nachos are Sub-Par

Via You Suck At Cooking
Repost
Recaption
Comments
Memebase
Favorite

These Aren't Your Everyday Trashcan Nachos! 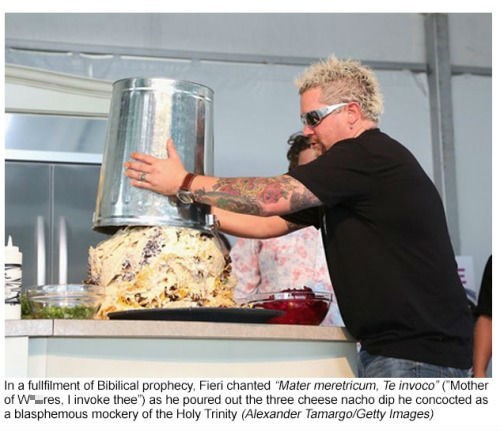 An Ode to Nachos

Cannot get this out of my head.

How Do They Even Fit in the Bar? 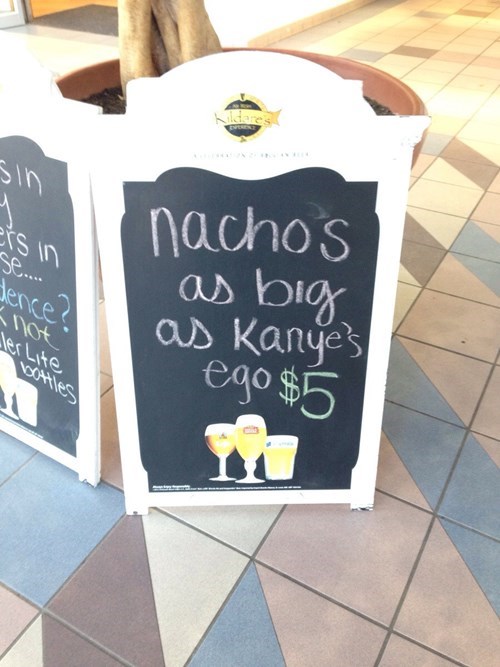 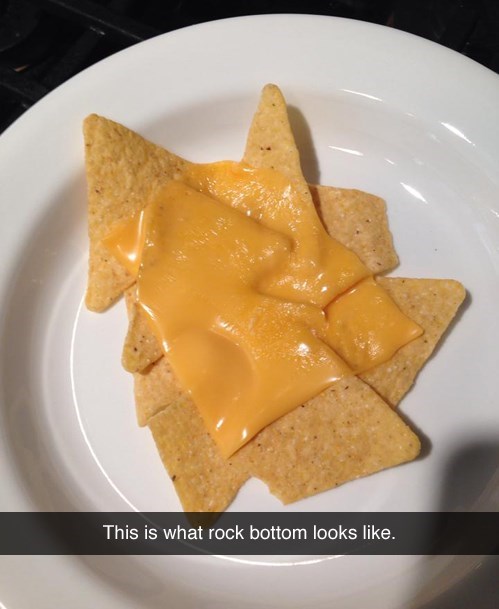 This is Salsa Overwhelming 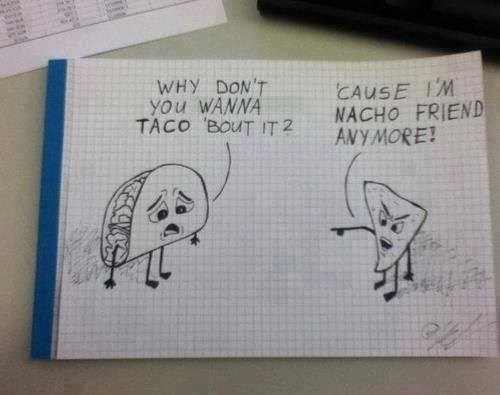 She is the One Percent 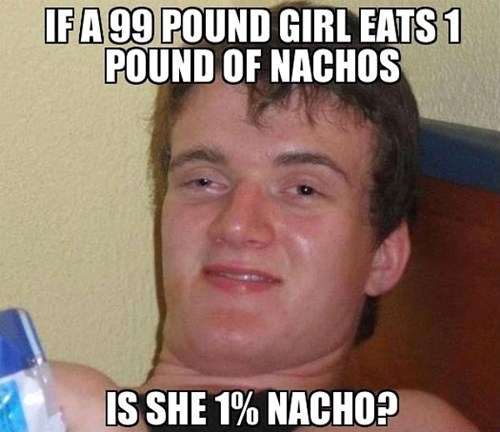 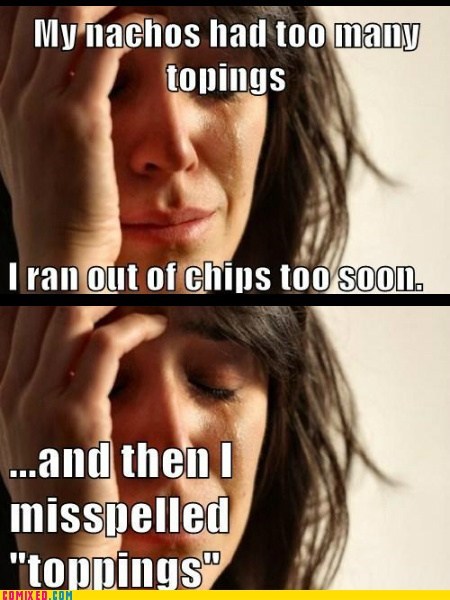 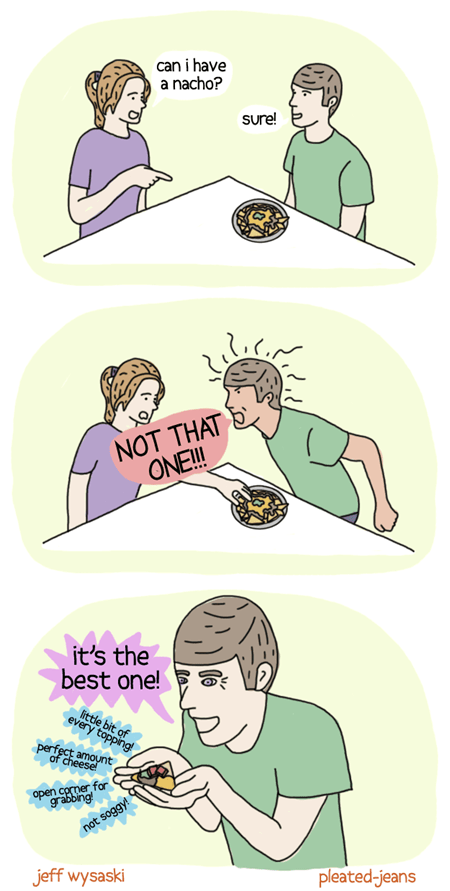