While heading to the festive film-loving crowds of snowy Sundance, writer Rachel Handler found something to write about even before her plane took off. The Vulture reporter took to Twitter when her "neighbor" loudly consulted Siri regarding "middle seat etiquette" on airplanes. The woman turned to Handler with the results of her query: she was legally entitled to both armrests for the duration of the flight.

While Handler did not take issue with the findings, the manner in which this woman staked her legal claim left something to be desired. And their interactions didn't stop there. Handler consistently updated the thread with more of the woman's entitled antics, leaving people both impressed and entertained by the behavior. While we don't think that Siri should ever be consulted regarding matters of humanity and kindness, the whole thing is pretty damn funny. We're also willing to bet that Handler was anything but bored on her journey. 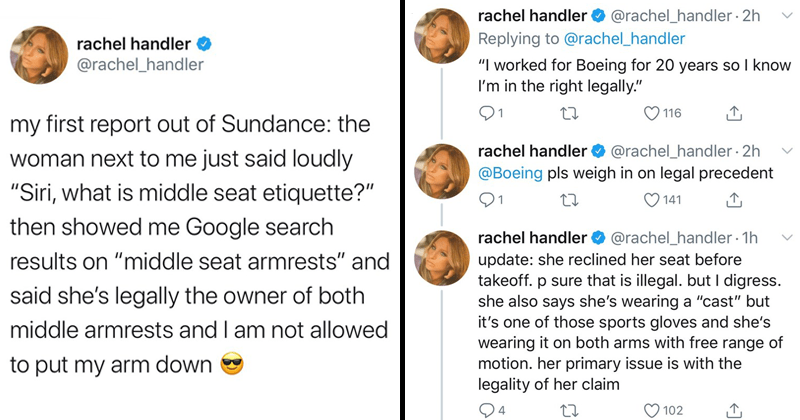