It's hard to start a new Twitter trend. You never know what's going to catch on and what's going to fall through the cracks. @Legend4Universe came up with one of those fun Twitter games that just hit for whatever reason. They encouraged people to post the 5th image in their camera roll with the caption 'me in 4 years' and the results are pretty amusing. Unsurprisingly, people have some very random and strange stuff saved to their phones, perfect for instant meme action. We've collected the best 'me in 4 years' Twitter memes so far and you better believe we're gonna try it out ourselves. 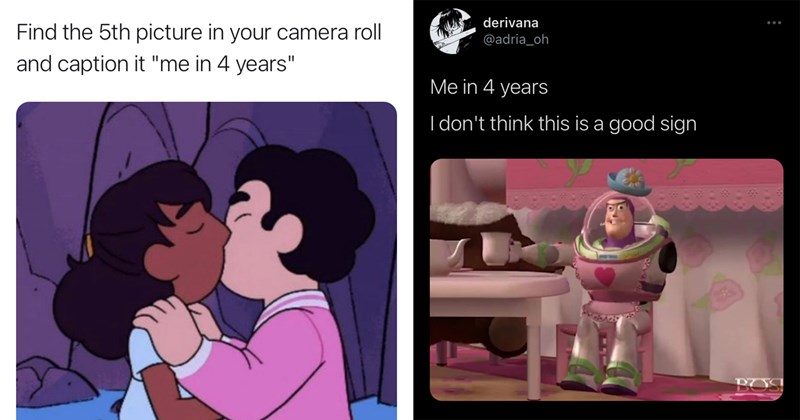