These Game-Style Memes Are Weird AF & Might Become A Reality

Remember those awesomely quirky animal reviews we featured a while back? Well @welcometomymemepage is back at it with these memes inspired by text-based adventure games. The memes are appropriately aesthetically simple - but wonderfully weird. The best part? The creator is raising money to make the game a reality.

According to the Kickstarter, "Through the Gorge" is based on Carl Jung's "The Archetypes and the Collective Unconscious." It's an interesting concept, one that involves a man's recurring dream about descending a fearsome gorge - all in the hopes of making his way to a mighty castle in the distance. The game has already secured funding, but if you like what you see you can still donate to provide further funding. We're definitely sold. 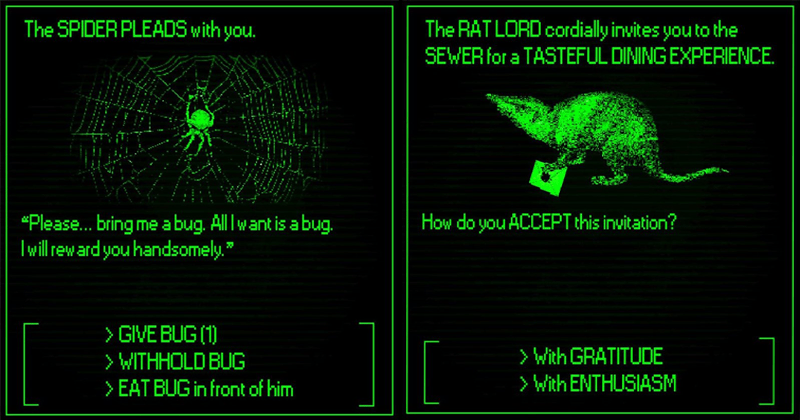 Wish You Could Make Memes Without Being Creative at All? Now There's a Card Game for That!

If you love memes and you love those Apples to Apples clone style card games (think Cards Against Humanity etc) then you're in luck! This new card game takes prewritten text and matches it up with a host of popular meme pictures in a similar style. It's already met $166,108 of it's original $10,000 goal with 13 days to go so this product is obviously in high demand. Can't argue with cash.

The Kickstarter for a 'Charlie the Unicorn' Grand Finale Reached Its $35,000 Goal in Less Than 24 Hours

So far there have been four episodes released since the first one in 2005. The most recent was published in 2012. Now the creator of Charlie the Unicorn is hoping to make a spectacular, 30-minute long finale.

On a Kickstarter page created to fund this new project he promises:

It's going to be ridiculous, and musical, and extremely complicated to animate. Maybe not for Pixar, with their supercomputers and fur physics and blood pact with Yuroth, but complicated for me at least.

The project is currently funded at $70,575 with 27 days to go. While stretch goals weren't really something he considered, he did suggest that, "If this raises just an absurd amount of money I'll attempt to hire Aubrey Plaza to play every single character and release an Aubrey Plaza edition."

So it seems like we have that to look forward to.

The gameplay looks similar to 'Apples to Apples' or 'Cards Against Humanity'. Players start a comic and the judge picks the winner who had the best punchline. The base game will include 250 cards but they've added a list of tasks for fans to complete to help them meet a stretch goal that will add 30 more cards to every deck. 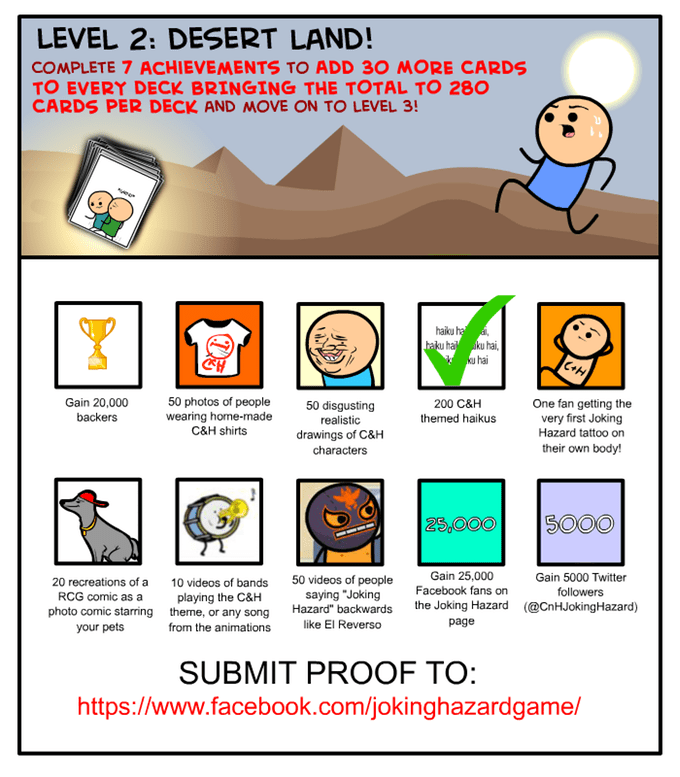 It plays a lot like Apples to Apples or Cards Against Humanity, but more visual. After a round judge is selected, one card is played from the deck. Then the judge plays another card, and all other players submit a card to create the punchline. The judge selects their favorite, thereby completing the comic strip. A player wins when they successfully pick 3 winning punchlines.

Joking Hazard is being funded through a Kickstarter campaign, which is already well above its funding goal.

It's a sad day for crowdfunded games; Ant Simulator has been canceled for a particularly terrible reason.

After a successful Kickstarter campaign in 2014, development of Eric Tereshinski's Ant Simulator game was underway under a company registered among his friends called ETeeski LLC. This weekend, Tereshinski resigned from his own company and canceled the game. Why? Because his "friends"/business partners had wasted the company's money on booze for "business meetings" and other less than professional expenses.

Tereshinski is not seeking legal action against his former friends because apparently,

...these guys covered their asses in the contract. They'll say the drinks were for business meetings, and they have the paperwork/minutes to prove they had meetings (even though I know they were bulls**t meetings). They went over the contract line by line with me and I reviewed the whole thing twice. I just didn't realize they had protected themselves, screwed me (like the fact that they listed themselves as consultants, so they aren't legally obligated to work on anything, but still have the rights to spend money ect.), and I had no idea what their plan was until it was too late.

A legal battle with them would likely be extremely expensive with a totally uncertain outcome for Tereshinski, so for the time being he's decided it isn't worth it, and is canceling the game and providing refunds to folks who preordered. 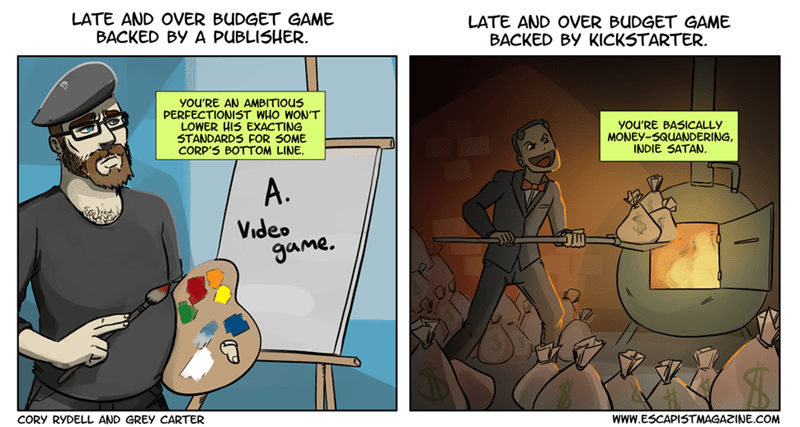 Take a Look at America's Robot for the USA vs Japan Robot Fight, and Help Make It Better

If you've been off the internet all summer, you might not know that the USA and Japan are having a giant robot fight... for reasons. Team America has been working on their bot, but they need our help. They've launched a Kickstarter campaign in order to raise funds to build a robot that'll "float like a butterfly and sting like a rhinoceros." Check it out!

Kickstarter Has Some Important Causes 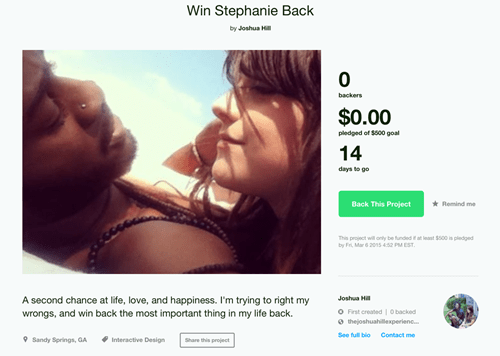 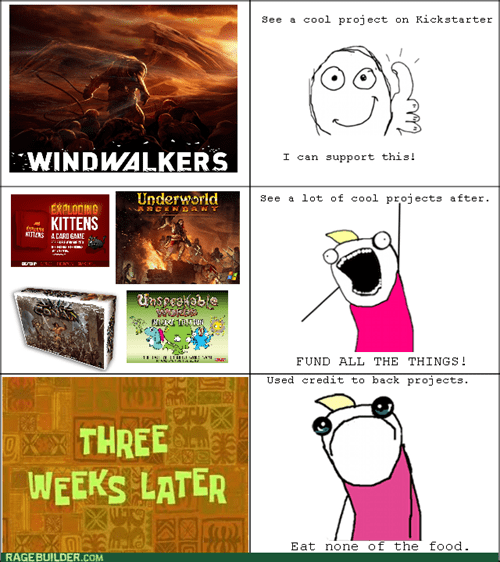 The Honest Slogan for Kickstarter 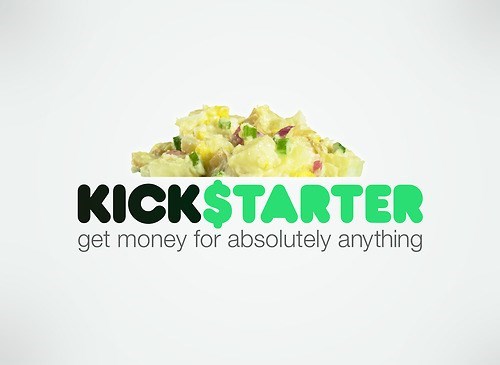 Kickstarter of the Day: The Coolest Cooler Ever

The Kickstarter has already raised over $2 million!

Kickstarter of the Day: Potato Salad Kickstarter Raises Much Much More Than Expected 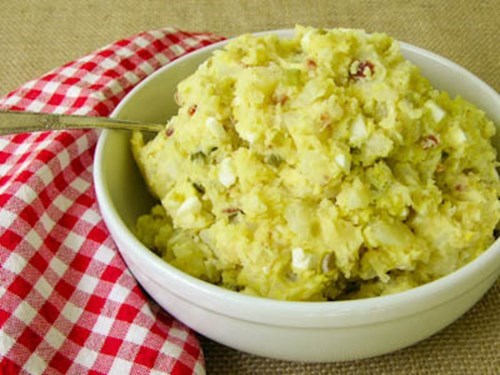 Zack Danger Brown asked for just $10 on Kickstarter so he might accomplish his dream: "Basically I'm just making potato salad."

The Kickstarter has since gone viral and so far has raised more than $9,000!

What We're Really Talking About When We Talk About Kickstarter

WARNING: Language in this video.

NYC-based sketch comedy group The Bilderbergers kick off their new Kickstarter satire comedy series "Thingstarter" with an absurd proposal to create miniature diapers for "the tip."

Comedian Raises $6,820 on Kickstarter to Hire a Plane to Write Funny Stuff in the Sky Above Los Angeles 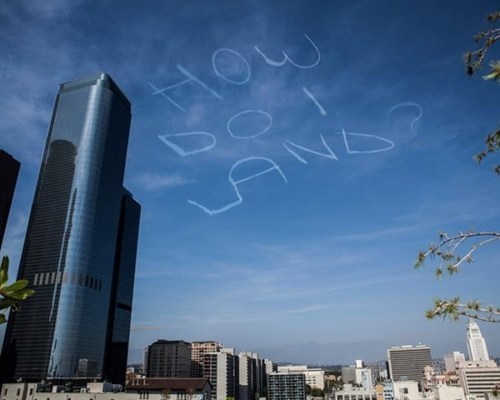 Those were Kurt Braunohler's exact words:

"I'm asking you to donate money so that I can hire a man in a plane to write stupid things with clouds in the sky."

Money well spent if you ask me.