You don't have to look far to find breathtaking ignorance in the United States. Anti-vaxxers, flat-earthers, people who actually believe 5G is the cause of coronavirus (it's not). Today, however, we're bringing you a refreshing tale of major stupidity from across the pond, in Europe. Twitter user @Archer_RS went viral yesterday after sharing an unfinished saga about dealing with his English neighbors who voted for Brexit. It seems they did not realize that their holiday home in France would be compromised by the separation from the EU. And appealed to our hero for help.

Our storyteller agreed to assist them, even going as far as to deal with their drunk son and secure him a Friday meeting with the town's Mayor. If you're getting some serious Karen vibes, you're not alone. This tire fitter (and drunk texter) really believes that having a chat with a French mayor will change anything about his parents situation. This delusional dolt even threatened to speak to Nigel Farage. It seems when people don't actually look into the lies that are being sold to them, they ultimately suffer. At least we're gaining some serious entertainment. Even better? Archer's sitting in on Friday's meeting of the minds as a translator. It's nice to have something to look forward to. 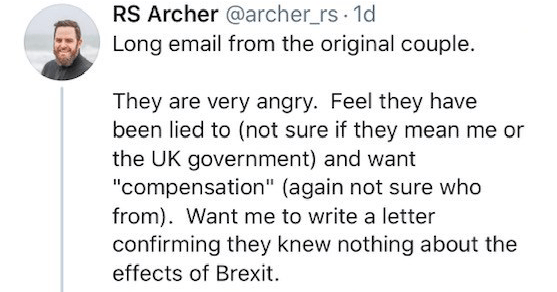 Move over, Stevie Wonder. There's a new blind man meme in town. Ray Charles is the latest visually impaired musician to star in a trending meme, and these are pretty damn good. The image macros are supposed to represent moments of feigned ignorance, whether political, historical, or just purely relatable. While some of these examples of "looking the other way" are insidious in nature, other memes poke fun at our internet habits or family dynamics. They're all pretty damn funny. 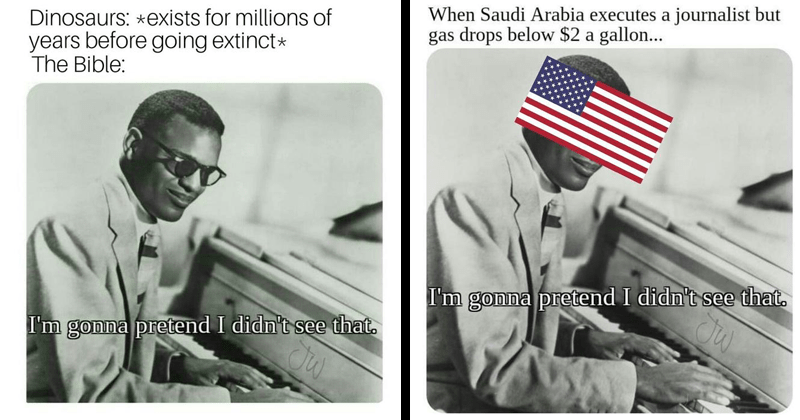 Ignorance is for Idiots 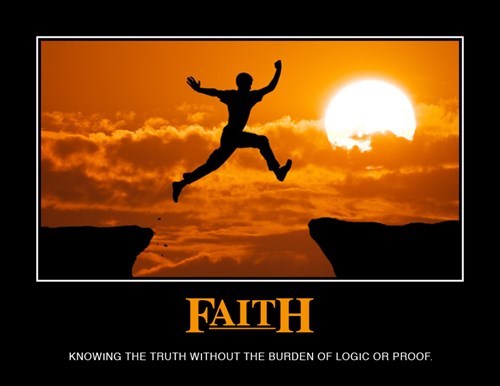 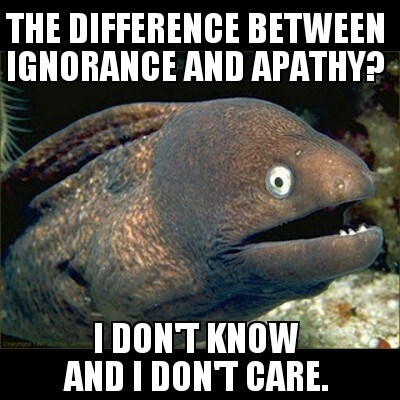 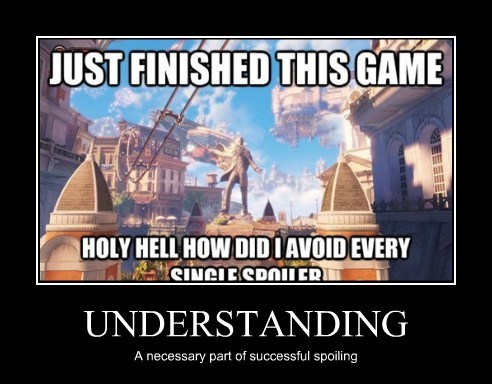 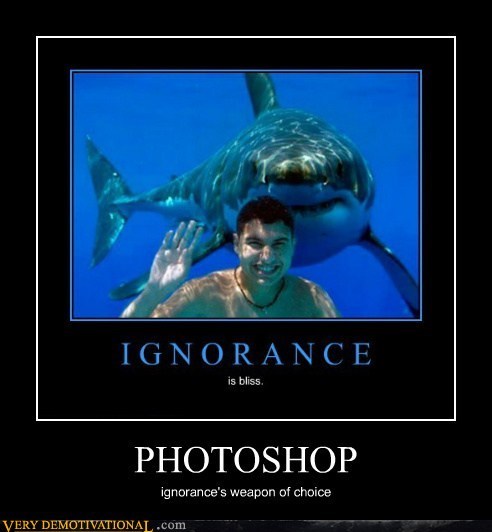 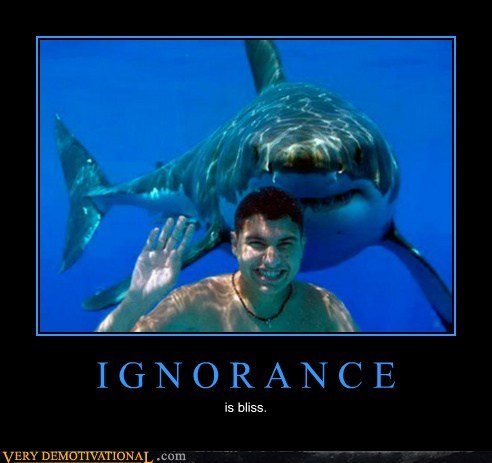 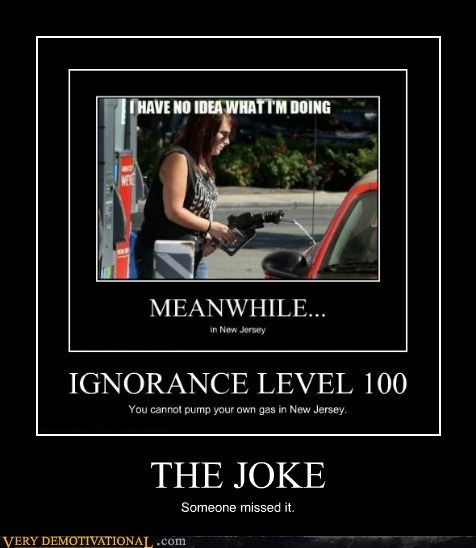 THE JOKE someone missed it. 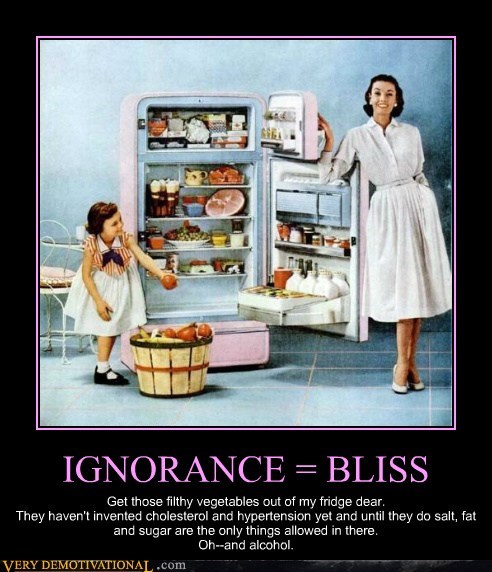 IGNORANCE = BLISS get those filthy vegetables out of my fridge dear. They haven't invented cholesterol and hypertension yet and until they do salt, fat and sugar are the only thing allowed in there. Oh, and alcohol

And Neither Are Acceptable 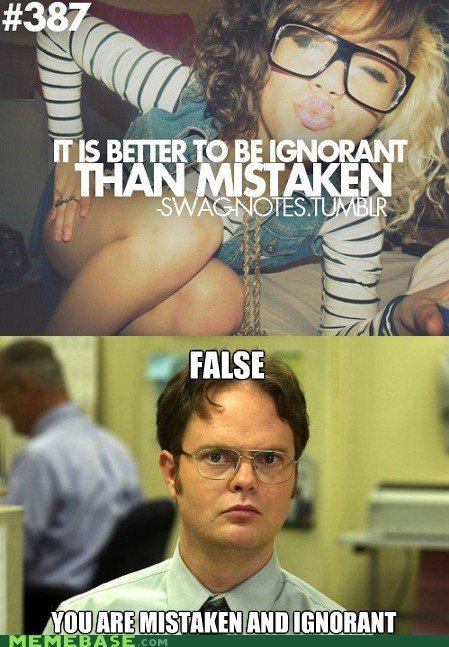 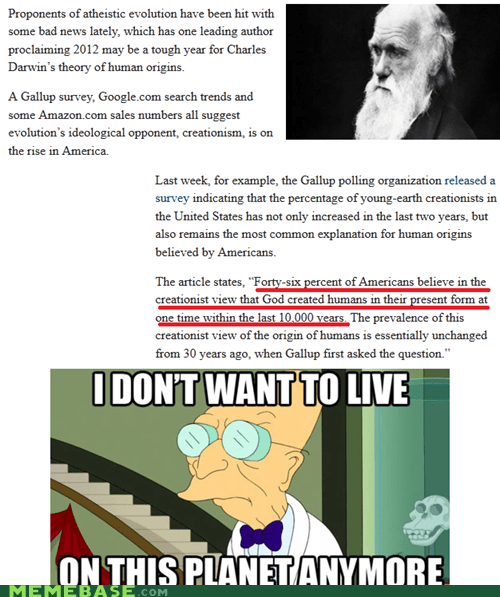 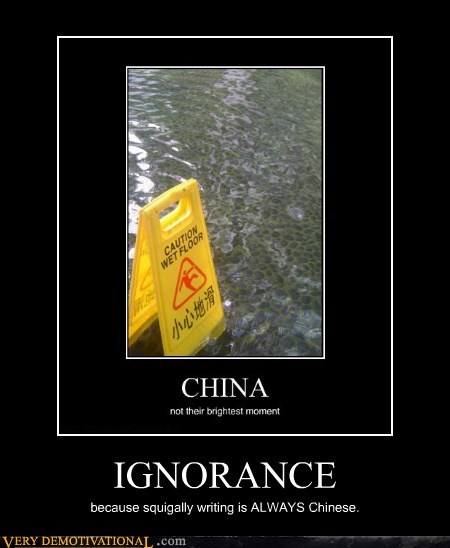 Socially Awkward Penguin: The Jury Is Out 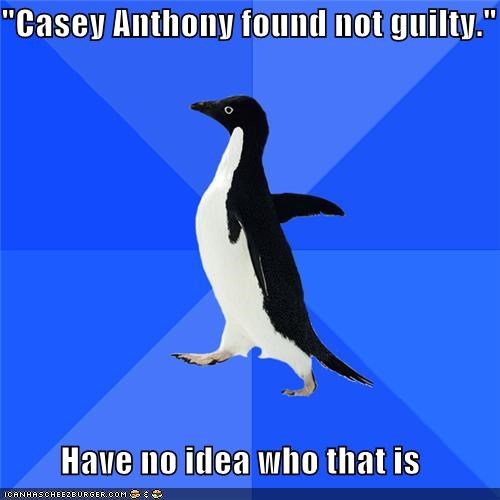 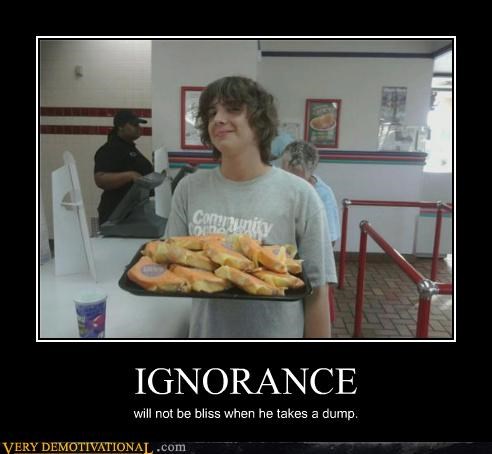 IGNORANCE will not be bliss when he takes a dump

He Really Missed the Point 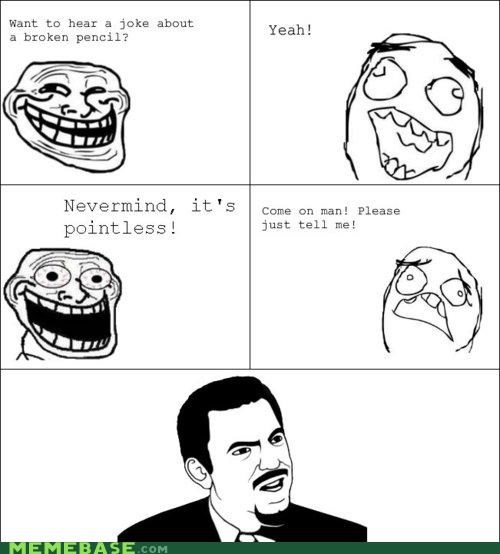 Philosoraptor: If Ignorance Is Bliss 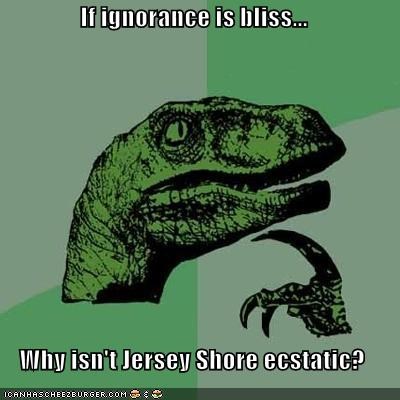