Depending on the generation you belong to, the way you think about the internet might significantly differ from someone much older or younger than you. One (presumably young) redditor asked the 'elders' of Reddit to explain the meaning of slang from the early internet days of yore. Not only did veterans of the net get into archaic terminology, they reminisced about messenger platforms like AIM and ICQ, illegally downloading songs, emoticons, forums and funny chat room dynamics. You can't help but detect a tinge of wistfulness in each response, even when one redditor recounts the traumatic experience of seeing 'goatse' for the first time. Keep scrolling for some amusing highlights from the thread. 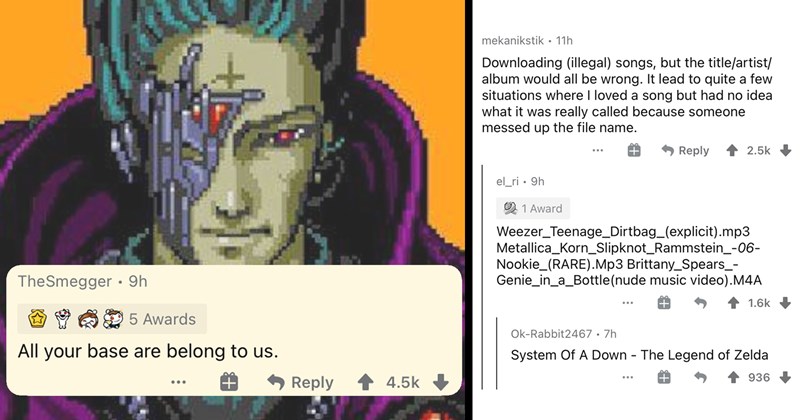 46 Wonderfully Random Memes For Anyone Who Needs Them