Can you even imagine how long you'd have to sit in the makeup chair for this sh*t? Probably hours. The people who created these masterpieces deserve some sort of award for their artistry.

PS. who knew Ralph Fiennes was such a hottie back before his Lord Voldemort days? We certainly didn't. 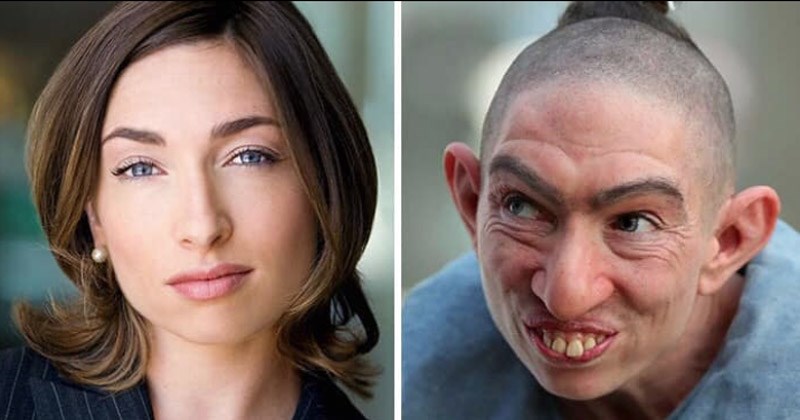 The internet is really digging the wholesome dudes of Hollywood right now and we're here for it! Of course, Keanu Reeves has been making waves as our absolute fav, but let's give our man Tom Hanks a little credit for his heartwarming demeanor!

Click here to see The Many Evolutions of Tom Hanks, a la eBaum's World! 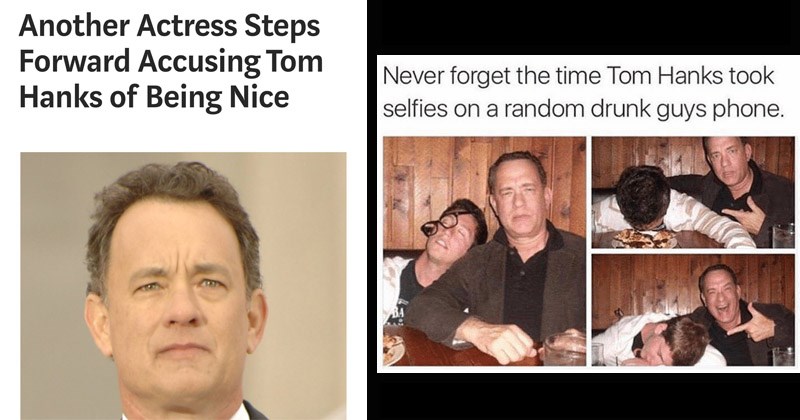 You have seen this before... 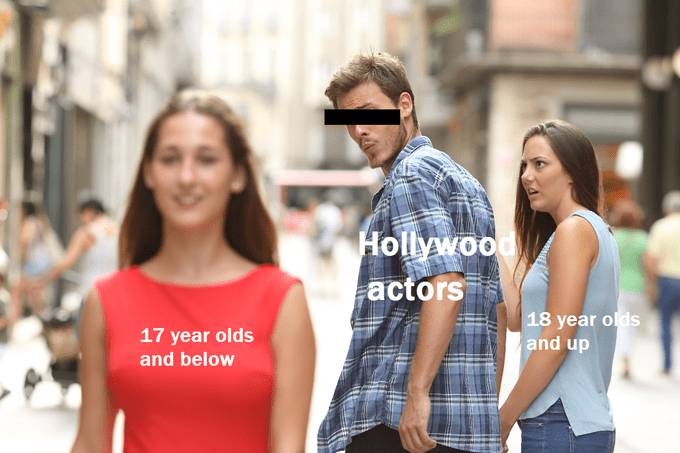 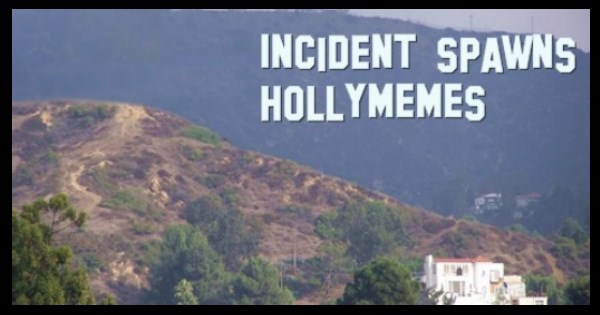 Prank of the Day: Someone Changed the Hollywood Sign to Read Hollyweed, Knows How to Start a Year

We’re off to a great start.

The first, only, and by default, best public prank of 2017 is here. Around 3:30 am on New Year’s day, someone snuck up to the Hollywood sign, threw several carefully cut tarps over the two Os so that they would look like Es, and disappeared, like a ninja in a cloud of smoke. The sign read “Hollyweed" until 12:30pm, when Stacy Isroelit, a spokeswoman for the Hollywood Sign Trust said that the tarps would be taken down.

The New York Times reported that the prank may be referencing new legislation for legalized recreational marijuana use, but Isroelit said, “It looks more like a New Year’s Eve prank.”

The suspect is still at large. Who knows if they’ll attack other American icons, like putting a joint in Teddy Roosevelt's mouth on Mount Rushmore or making the Statue of Liberty’s torch look like a bong. You know, other weed stuff.

Celebrities and cartoon characters are attempting to distance themselves form the crime.

Whoever did it, thank you for getting this year off on the right foot.

It's Called Getting Paid to Work Out 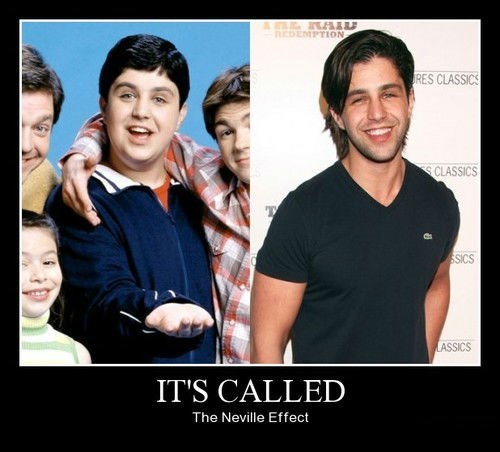 Not Quite, But Close Enough 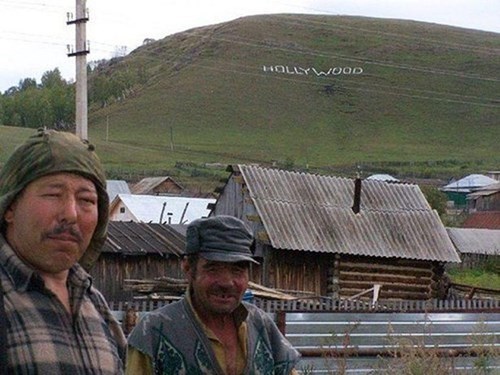 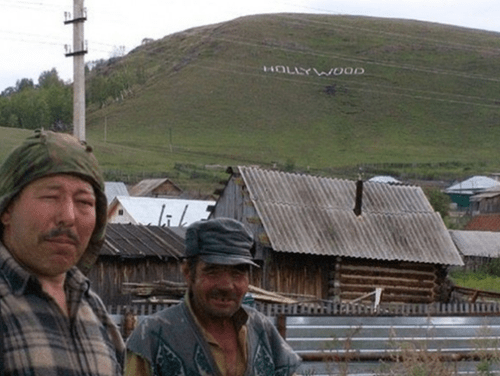 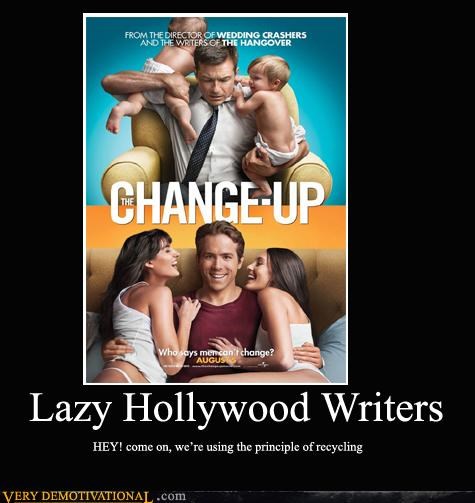 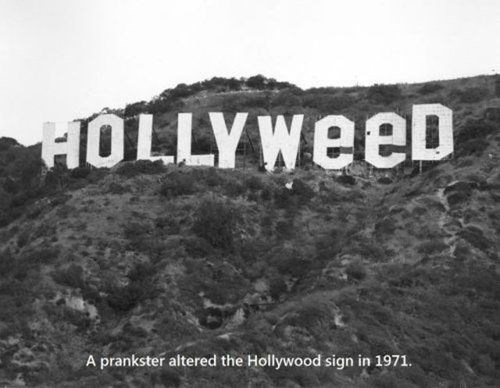 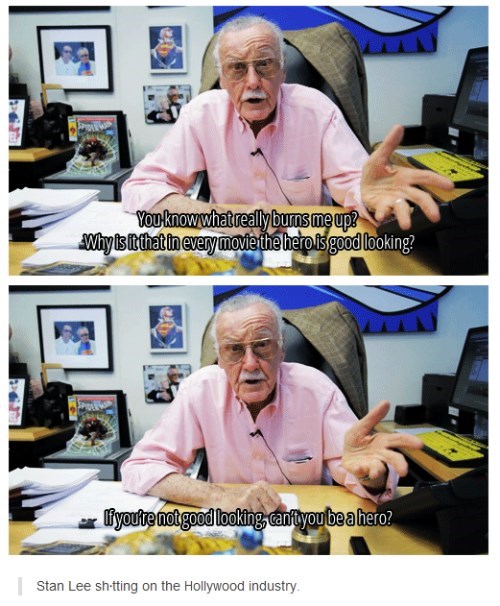 It Was Better, I Promise! 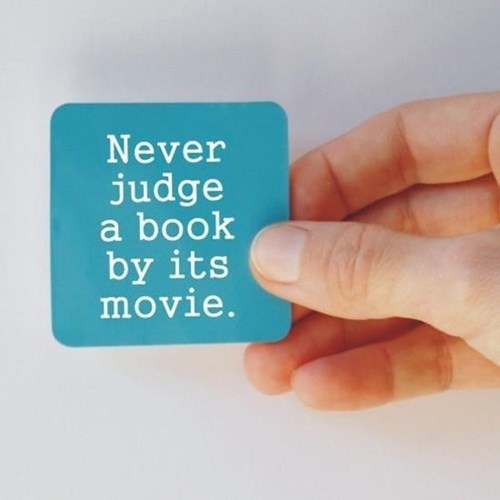 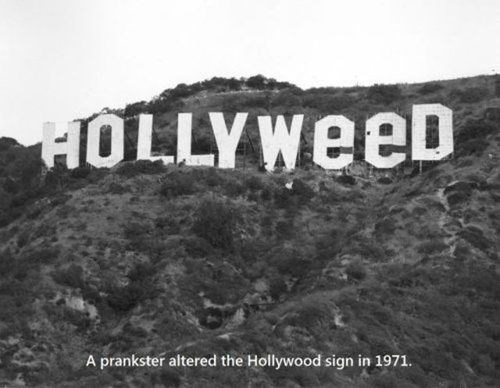 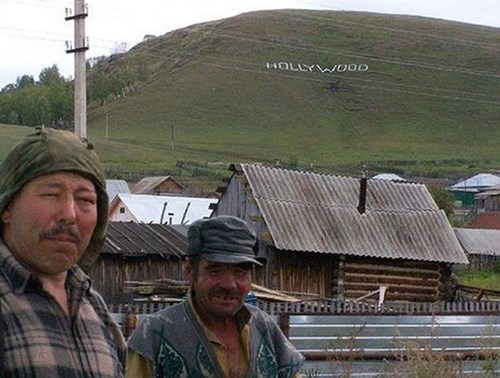 Hey, Don't Be Mean to Spider-Man! 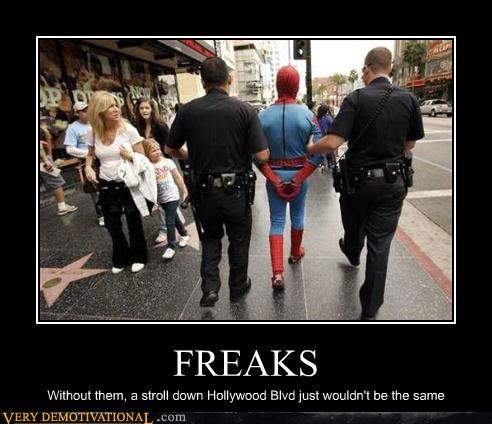 Thirty-Five Random Memes For Those Bored To Tears