At Least You Know What To Expect 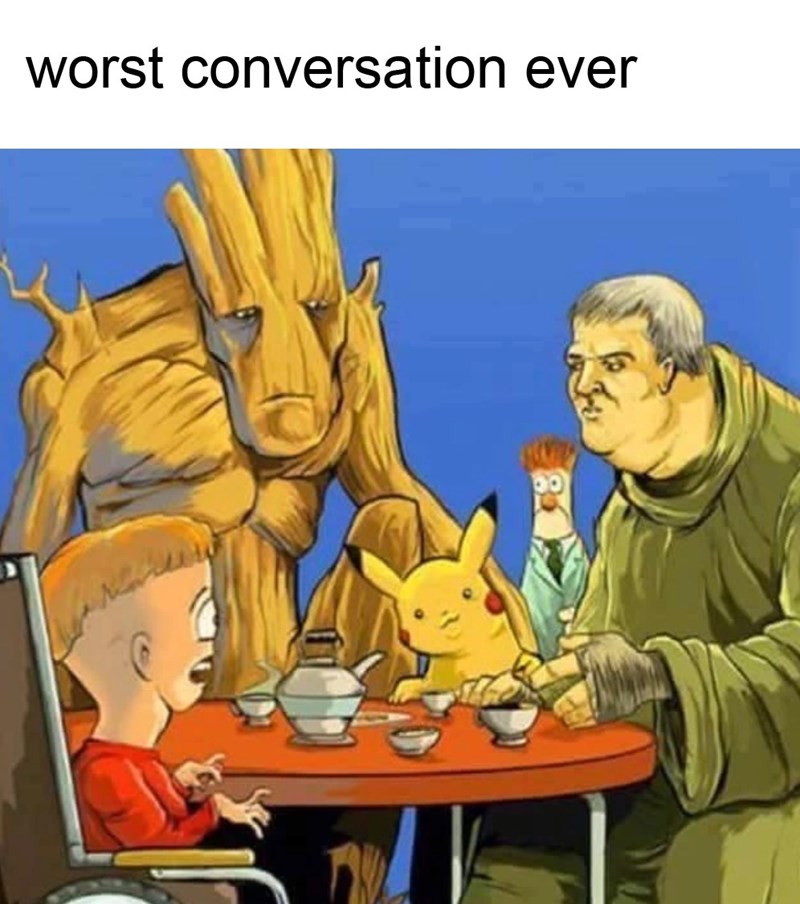 Whether you loved or hated the series finale of Game of Thrones, or just decided to complain about it, there's no denying that the much-talked about HBO series has inspired a whole lot of great content. We probably won't see the end of Westerosi memes any time soon, but these are some of our favorites that pertain to the show's last episode. Enjoy! 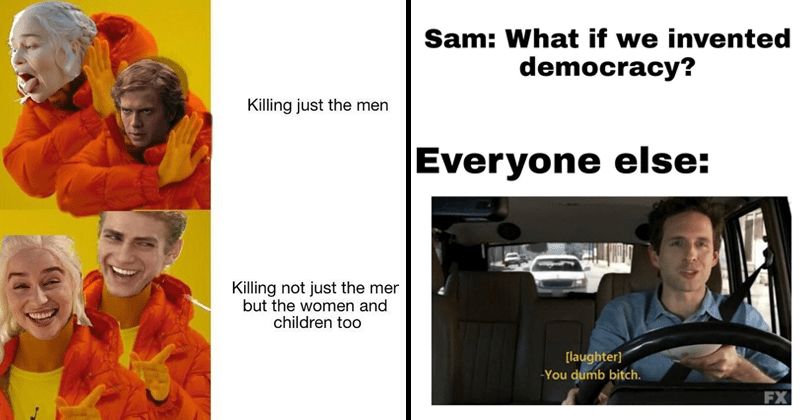 While some shows are fun to re-watch while getting pumped for a season premiere, Game of Thrones is not one of them. Season 7 premieres this Sunday, July 16th - and refreshing our memories unfortunately means recounting the 30+ major character deaths that occurred last season.

As with all television and movie demises, some deaths hurt more than others. Season 6 episode "The Door" shed light on Hodor's past just before snatching him away from us after his valiant sacrifice. Thanks to the internet, Hodor doesn't just live on in our hearts - he lives on in some damn good memes. 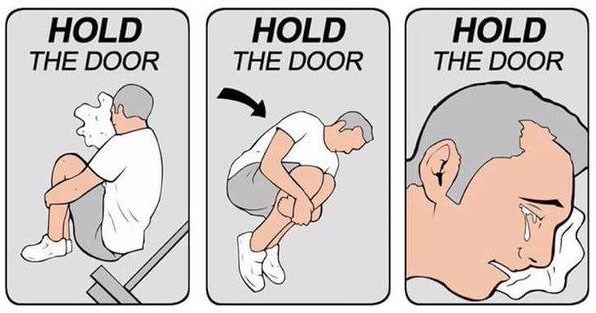 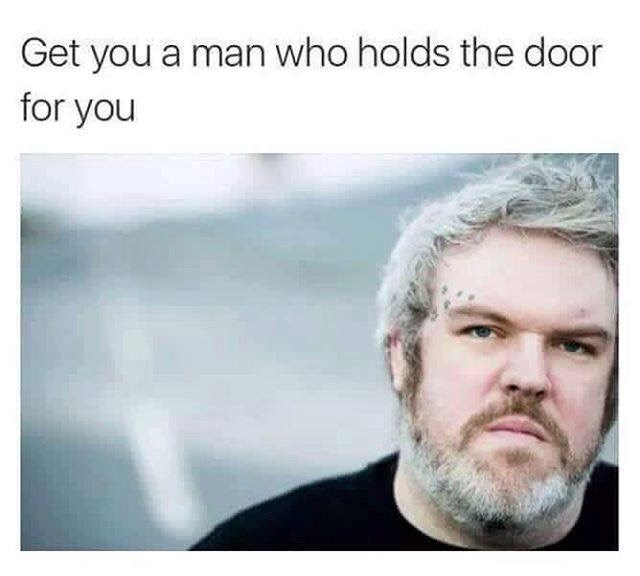 Hodor, Much Like the Rest of Us, Is Tired of Being Asked to Hold the Door

One of the saddest moments in Game of Thrones history has inevitably become a joke that we just can't get away from. Looks like Kristian Nairn was in on this one, though. 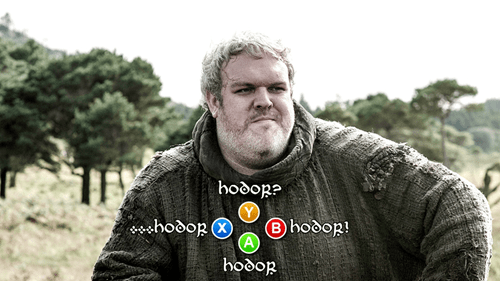 Hodor Tried His Hand at Family Feud. It Didn't Go Over Too Well.

You Were Supposed to Protect Him! 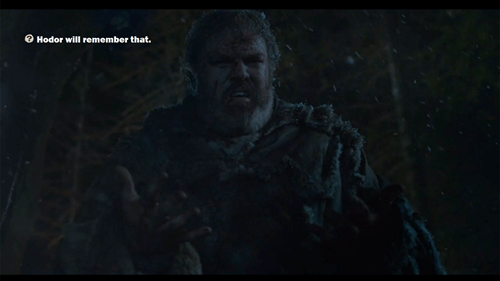 When All Else Fails, Warg Into Hodor 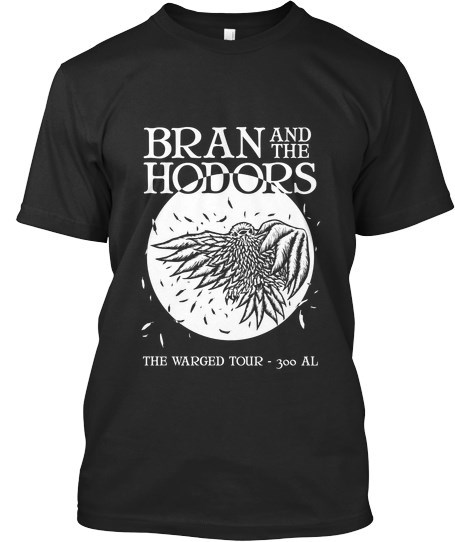 What's the Word? Is It Bird? 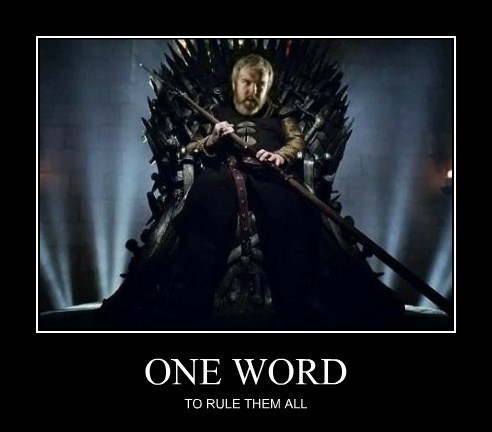 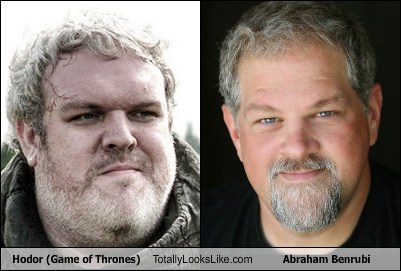 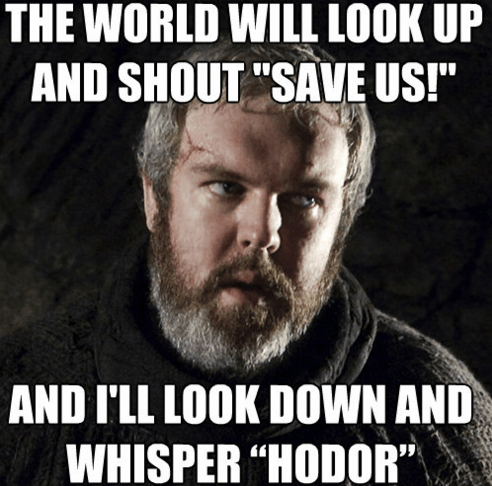 It All Makes Sense Now 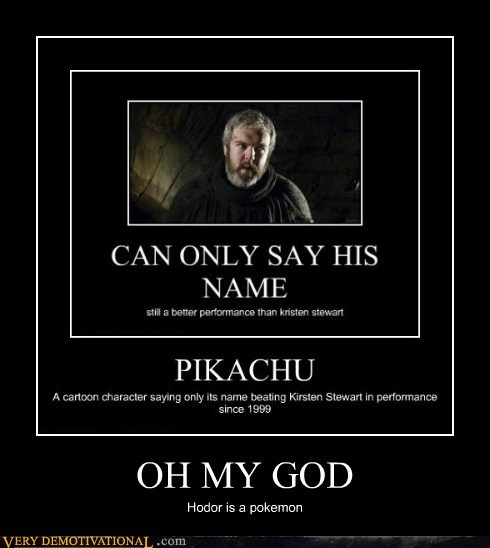 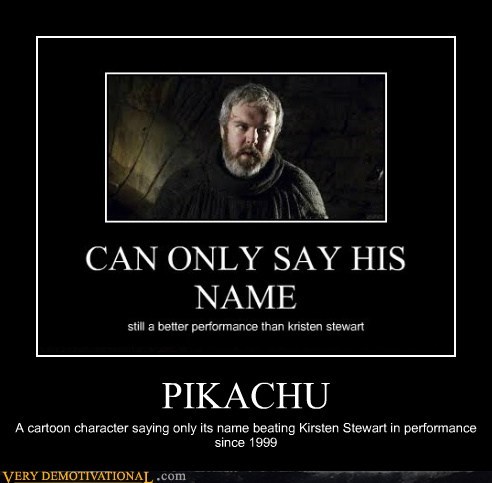