While some of you Zoomers may not get the references in these memes, we're all about them. While its roots are on Tumblr, the meme has taken off on Twitter after @matheus_ocunha tweeted a photo of Smallville-era Clark Kent alongside the Megan's Interesting meme from Drake and Josh. The latter reads "12 year old me realizing I'm gay." The reaction meme has taken off on Twitter, leading other queer people to share the characters (and real people) who made them realize they were gay or bi. After viewing the memes below, we definitely understand these "Eureka" moments. 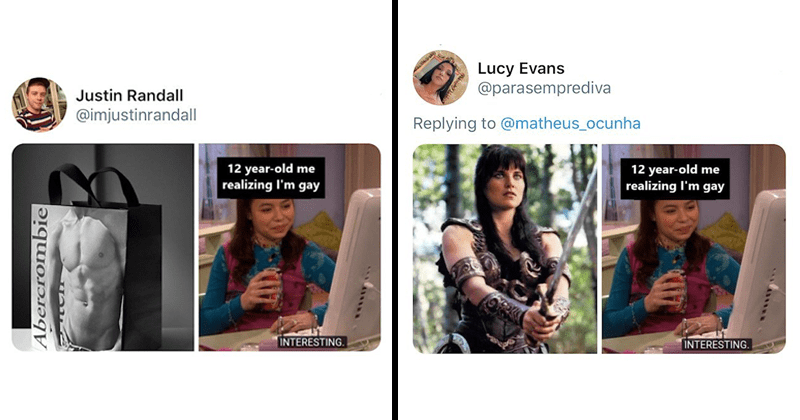