A lot of funny crap happened over Thanksgiving break, but our favorite Twitter meme has got to have been the "Is there a doctor on board" joke format. The self-deprecating snowclone, which mostly plays on a parents' disappointment in their child's career choice, is perfect for an emotionally charged and often family-filled holiday season.  It's a great way to laugh at our feelings of inadequacy and parental pressure - which definitely beats crying about it all. 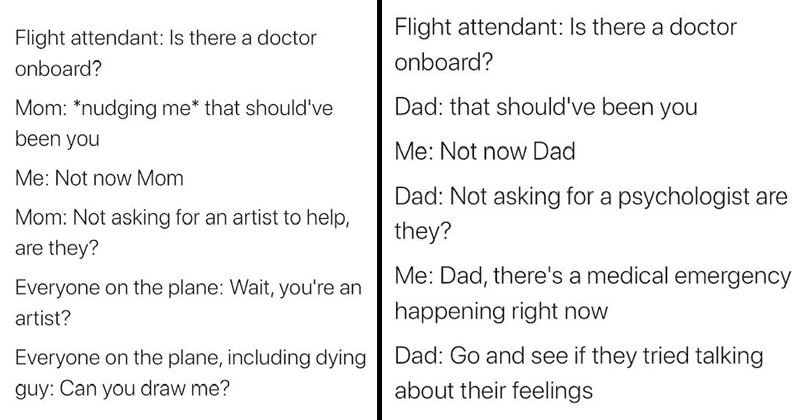 Mob Justice of the Day: Passengers Boo Flight Attendant After he Kicks Woman Off Plane

An American Airlines passenger yelled that along with a chorus of "boos" as a woman was removed from a flight from Phoenix to Portland on Sunday.

But the crowd wasn't jeering at the passenger, they were upset at the flight attendant they felt unjustly kicked the woman off the plane. In a video that surfaced online, the unidentified woman can be seen weeping as a female flight attendant informs her she must exit the plane. The incident started after a male attendant asked the woman to move seats, but she didn't hear him.

"You're so mean to me. I didn't do anything," the woman says.

American Airlines says the company is looking into the video. But you can't stop the rage of the Internet.

Some of you may remember Southwest Airlines flight attendant Marty Cobb, who back in April gave one of the more memorable pre-flight safety speeches ever (to the tune of 15,000,000 views on Youtube). Now it's same airline, same briefing, different attendant, this time with plenty of sass.

Was the Flight Attendant 95 Years Old? 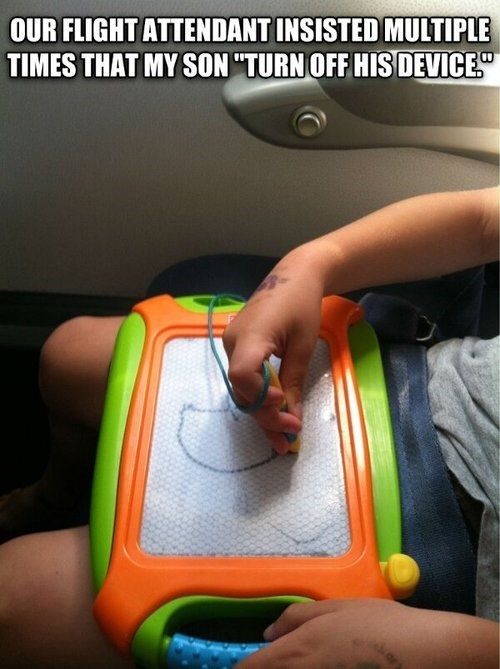