These Jean Undies Have The Internet's Panties In A Bunch

We love a good cringey fashion movement. The romphim. Denim chaps. Earlier this week we were alerted to the horrifying existence of what ABC 7 is calling "JANTIES." Jean. Panties. At first we thought it was a cruel April fools joke, but it seems the war against labias is, in fact, real. Stunned Twitter users were quick to rally against this irritating concept, and this thread quickly became a veritable goldmine of appalled whining. We're not sure which is worse: the concept or the fact that the $315 dollar underwear has already sold out. 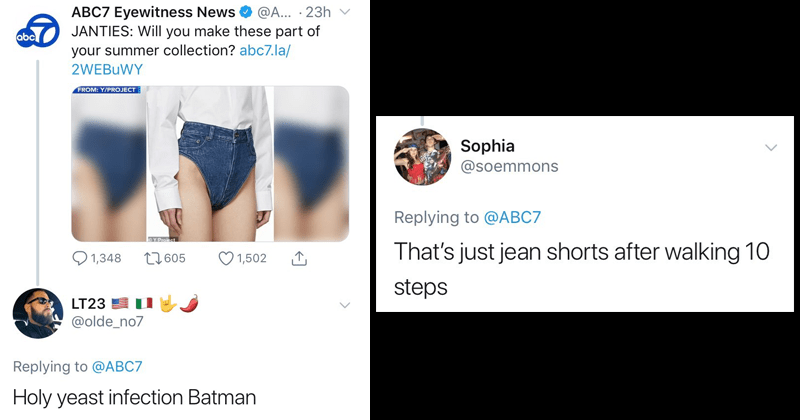 I Want to Chuck These Into a Fire 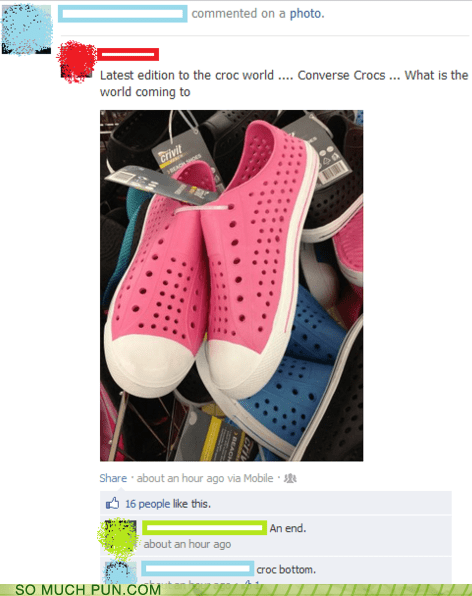 I wouldn't wear these shoes if I was paid to do so and they were hand-Taylored for me and me alone. - Matty Malaprop

Want more fashion fails? We've got you covered... at least partially, that is.

Tasty Memes For Your Friday Perusal