We can't expect our parents to tell us about every little detail about their past, but it's pretty weird when they forget to mention the big life events, like being in the Olympics or working for the CIA in the 70s. It's even more jarring when they bring up insane details about their lives as casually as recalling what they had for breakfast. After randomly finding out her dad had lived in Germany at one point in his life, @sultryhbz asked Twitter if there were other mysterious dads out there who nonchalantly reveal big secrets to their kids later in life. We've collected some wild responses from the thread—turns out secretive dads are pretty common! 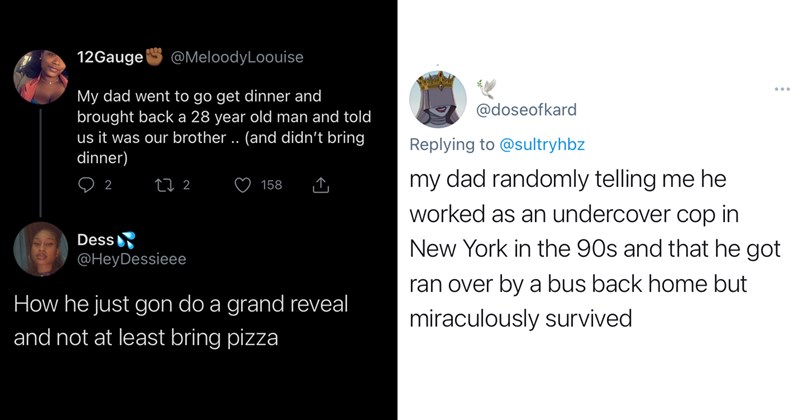 Mischievous Dogs Who Were Shamed For Their Crimes