Everyone knows that the concession stand at any movie theater franchise is going to rip you off. $9.99 for a large popcorn is almost offensive, but we still buy it for the full experience. Apparently, laughable prices aren't even the worst of the movie theater scamming. TikToker and concession employee @thatcoolguy.25597 has been exposing just how much you get ripped off at the food stand. That small popcorn that's usually a dollar cheaper than the medium? No size difference. Yup, that's right. A small and a medium popcorn fit the same amount of popcorn. He also reveals some tips and tricks for how to save a bit of cash when ordering. For example, asking for two cups of free water (that you can refill with soda) rather than buying that $6 bottle of Dasani. Some of these little hacks are likely obvious to anyone who's ever been a teenager in a movie theater without any extra cash, but it's fun to hear it from the guy who actually dishes out the popcorn. Thanks to @thatcoolguy.25597, I sure won't be ordering a medium popcorn anytime soon. 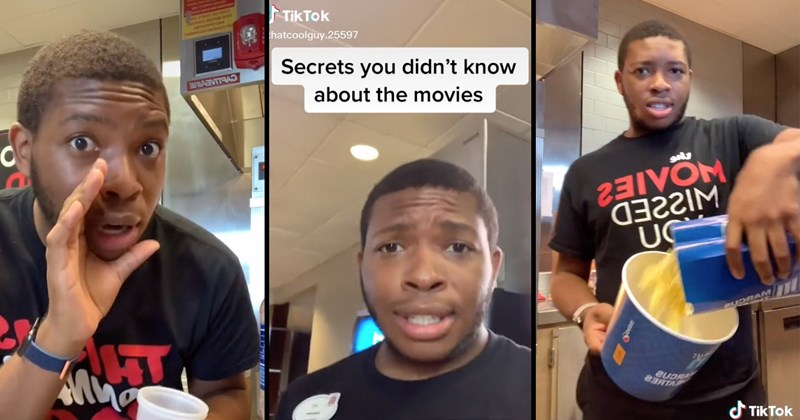