We do a lot of Twitter roundups here at Memebase. The site is absolutely brimming with clever witticisms from extremely funny writers and comedians. Though it is satisfying to parse through consistent collections of fresh tweets, sometimes we wish there was a Twitter time capsule that allowed us to revisit some of the best the site's ever had to offer. Fortunately for us, Twitter user @awkwardduck pretty much created such a time capsule when she asked her followers to share the best tweets they'd  ever seen on the bird app. The results? Absolutely amazing. The thread is basically an unending walk down hilarious tweet memory lane. We've put together some of our favorites below, but if you want more (and naughtier) tweets, take a look at the thread yourself. You wont regret it. 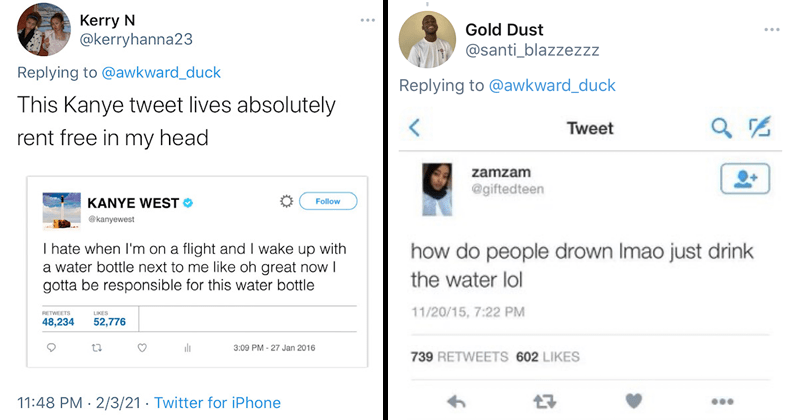