What's up with Twitter these days? Are the blue checks running out of opinions? Because lately the takes have been extra bad, and today's main character is journalist @elle_hunt, who thinks a horror movie cannot be set in space. It all started when @elle_hunt tweeted a poll asking whether or not Alien was a horror movie, after which she followed up with the controversial bad take in question: 'My argument: horror cannot be set in space.' @elle_hunt got dragged so hard by so many people, that she accidentally made 'Alien' and 'Event Horizon' trend on Twitter. While many responded with stills from their favorite sci-fi horror films, others argued simply that 'space' is just a setting, and horror can exist in any setting, as long as there is fear. We've collected some of the spiciest and funniest replies to @elle_hunt's Twitter fail. 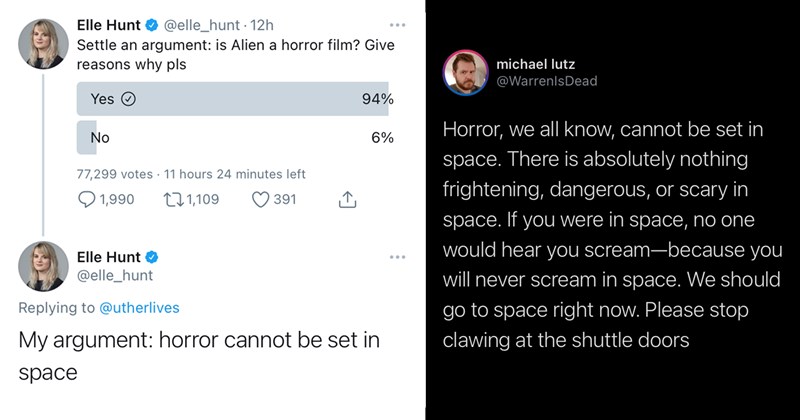