Kafkaesque Posts From This Boring Dystopia We Call Earth

Life in the 21st century feels like a bad dark comedy no one would ever pay to see. Every new headline about some evil biotech company developing drugs that make prisoners feel like they're serving 1,000 year sentences only further proves that the world is some sick joke and we're living in a boring dystopia. If you're sitting in your Kafkaesque cubical, crying inside while you wait for Western civilization to collapse, maybe you'll morbidly enjoy these dismal posts about the late capitalist hellscape we're all forced to exist in. 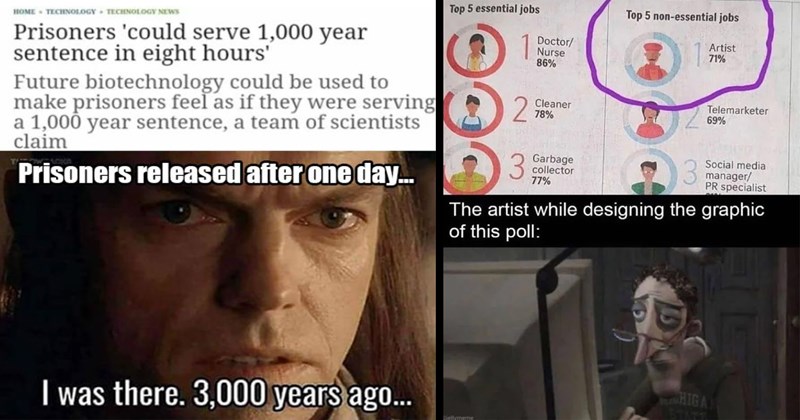