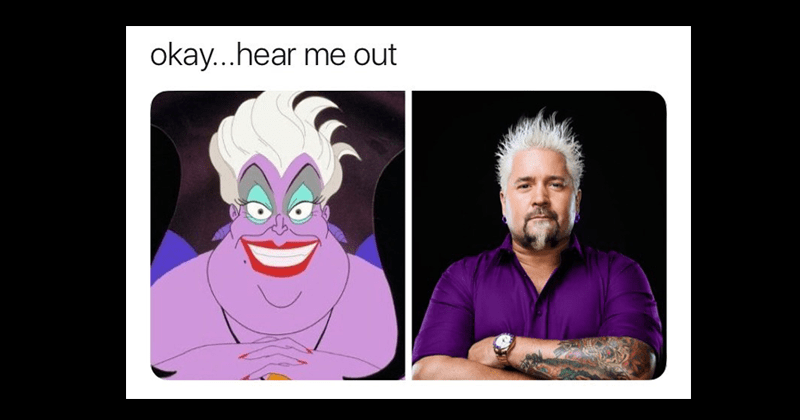 42 Memes & Tweets To Help You Over The Hump

Happy Wednesday, fools! If you're agonizing over this full workweek after last week's fun little break, you're certainly not alone. These funny memes and tweets might be what you need to help you over the hump and into the light at the end of the tunnel. 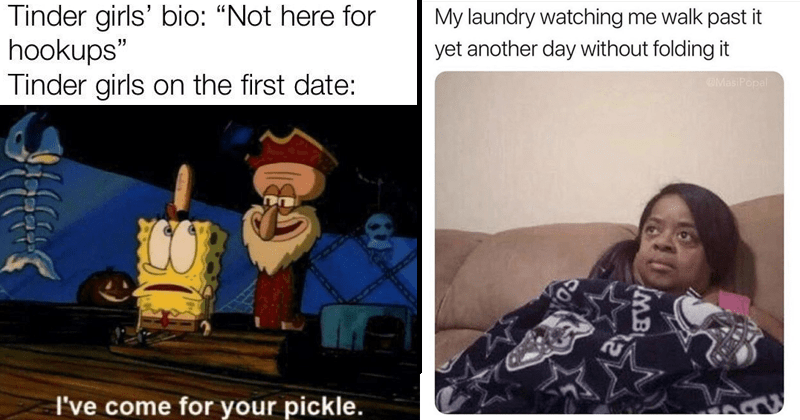 Peter Parker's been through a lot. Spider-Man: Far From Home was released last week to mostly-positive reviews, but some fans feel like Spidey can't catch a break. Fortunately, the rest of us can take a break for him with this selection of Marvel memes. Some of them are a bit spoiler-y, so proceed with caution. 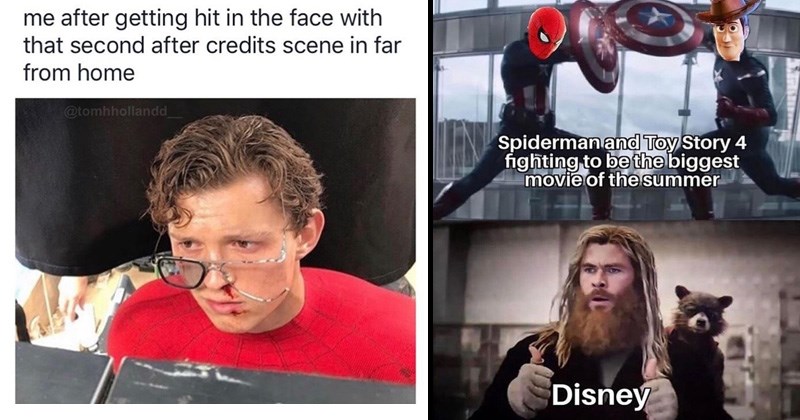 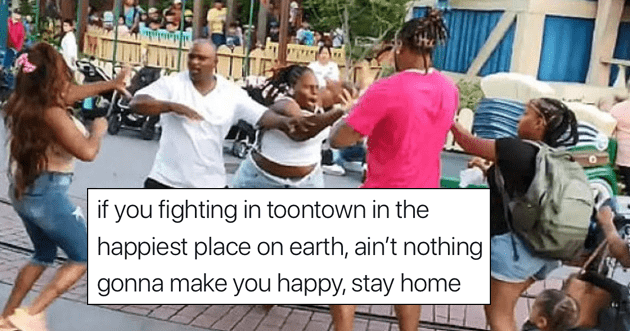 We are gathered here to day to pay our respects to the freedom we're about to lose tomorrow. The freedom of the weekend. To help us all cope with this incredible loss, we've put together a healthy assortment of memes for your grieving perusal. 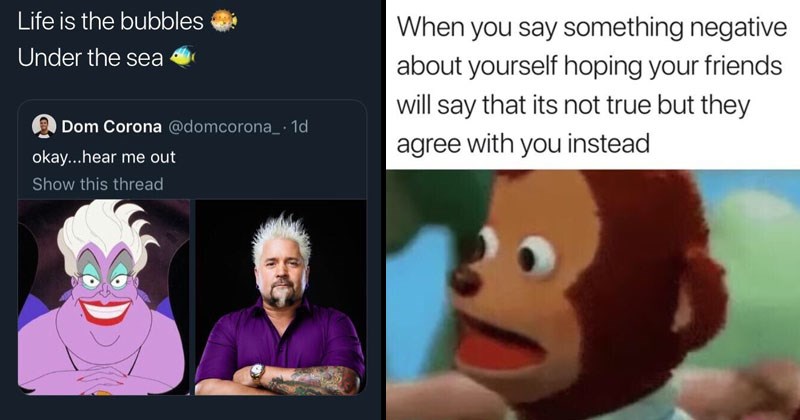 That B Meredith Blake 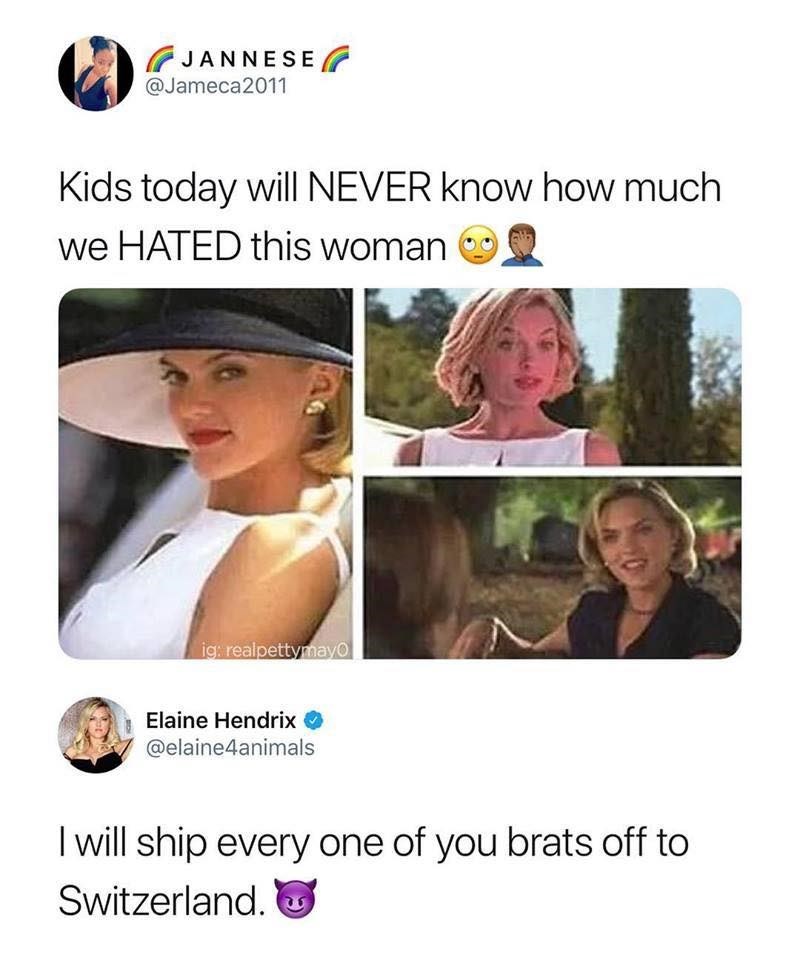 Keanu Reeves is on everyone's mind. The actor, of Matrix and John Wick fame, has joined the ranks of Steve Irwin and Robby Rotten as a wholesome hero of sorts, and is getting meme'd as such. It was only a matter of time before somebody went full Disney with this trend, and we can thank Buzzfeed's Crystal Ro for being the first brave soul to combine the two. Her illustrations subbing Keanu for classic Disney princes are pretty immaculate, and while seemingly unnecessary, endlessly entertaining. We've thrown in a few of these masterpieces, but be sure to visit Buzzfeed to see the rest of these brilliant mashups. 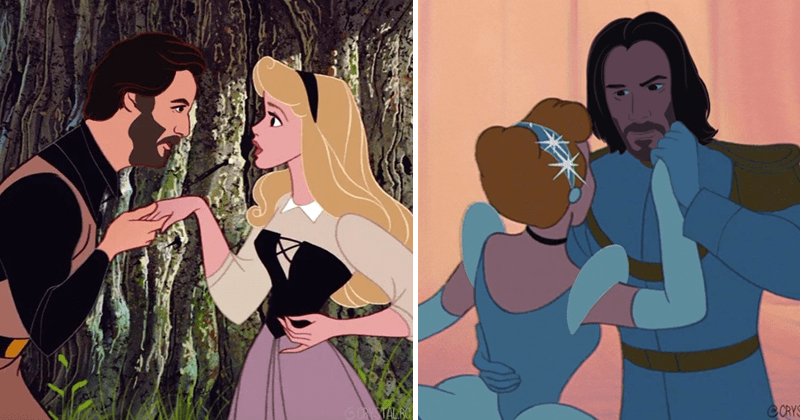 Disney has a reputation for being chock-full of wholesome content, which makes sense, given that the company is an American staple of children's media in America. However, being branded as "clean" doesn't mean the writers can't have a little fun with their jokes. In fact, we think it's even more impressive when the jokes are still funny to us adults without using any vulgar content.

Here are some of Disney's most iconic examples of insults and comebacks! 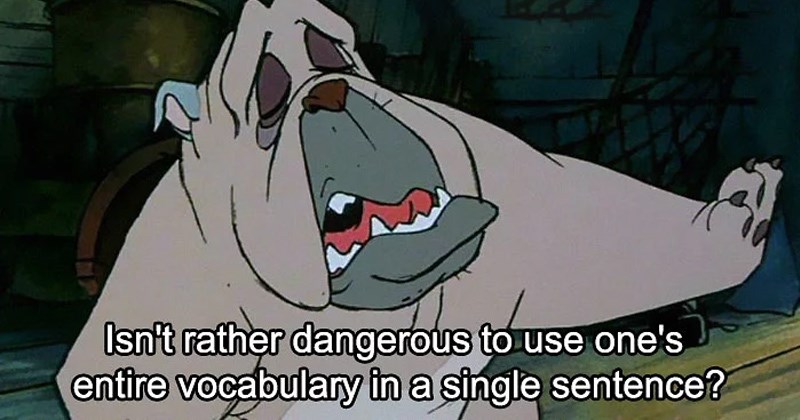 Toy Story is definitely a kids' movie we'll never get tired of!

44 Funny Pics To Cure You Of Your Boredom

Don't let the Sunday scaries get you down! 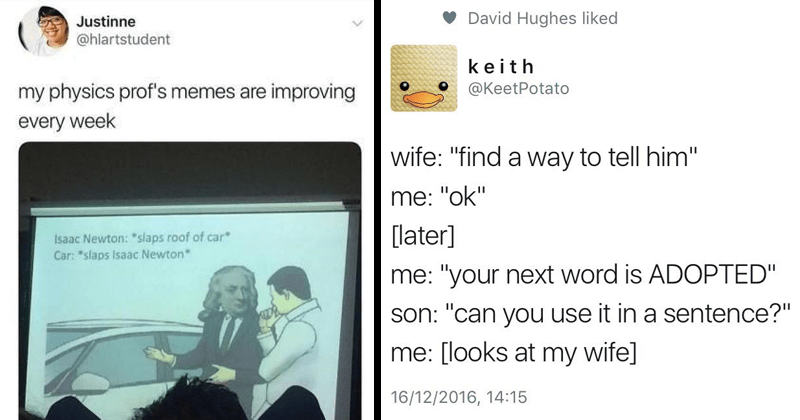 28 Moderately Funny Memes To Help You Kill The Time

Are your standards for content pretty damn low? Are you tired of doing things like reading more than a paragraph, or learning new words? These are the memes and comics for you! You're not going to be intellectually stimulated whatsoever, but at least you'll have something to scroll through while you avoid the ever-present feeling of impending doom. You're welcome! 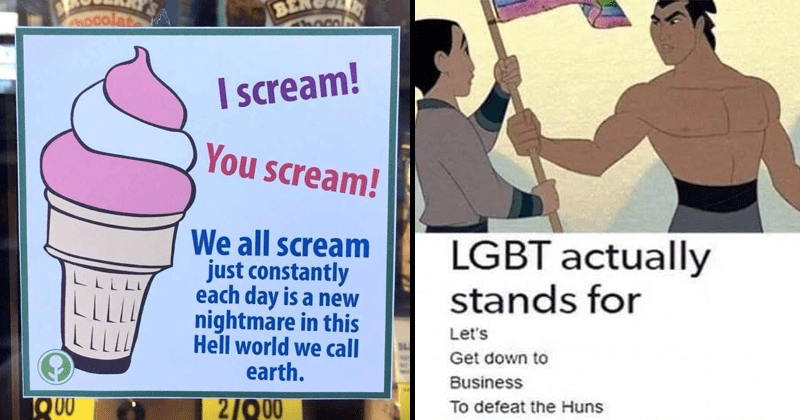 Another week, another trending Twitter shitpost. This week's poison comes in the form of a calculator or a complex-looking mathematic equation. The solution on either meme tends to be very, very stupid. But somehow we're still having fun. 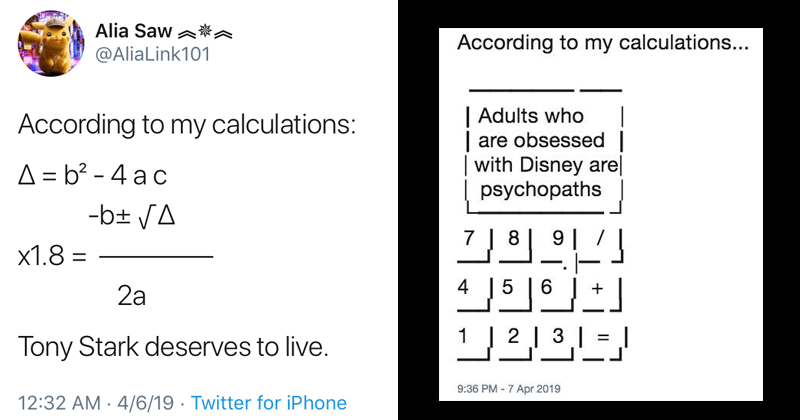 If you've been on the internet at all in the past week you've definitely seen that 'Tuxedo Winnie the Pooh' memes have completely taken over the meme world. The meme has gone from classic Twitter format to more of an 'Expanding Brain'situation. And we love it. 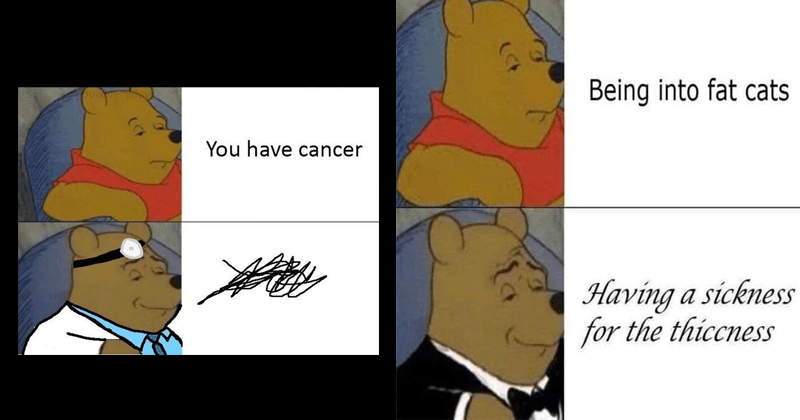 Finally, thanks to Deviantartist Ry-Spirit, two of our favorite things have merged in a really sick way. Pokémon never looked so good. 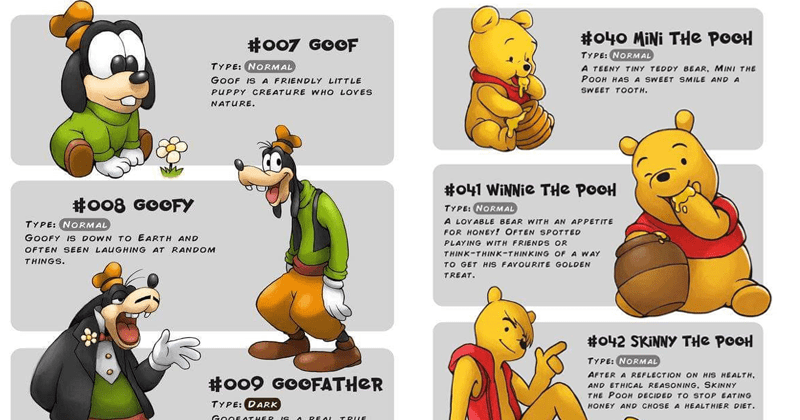 27 Boredom-Busting Memes For Your Tired Brain

Thank god it's finally freakin' Friday! Making it through a hell-week like this one means we all deserve to celebrate. We've put together this batch of funny, dank, and pretty relatable memes to help you do just that. 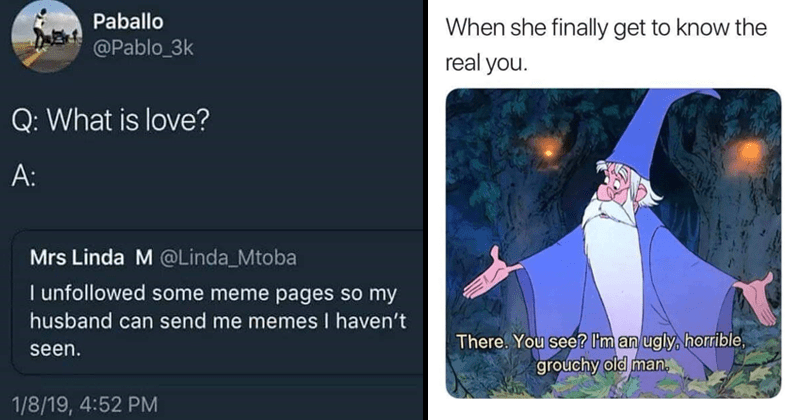 Via Will Tempfer
Repost
Recaption

Remember those awkward little introductions the Disney channel actors used to do during commercial breaks? Well, they're about to get a whole lot more awkward when you see them being made...