One might think the option to order Starbucks online would make the job a little easier for the baristas—minimizing awkward miscommunication in a fast-paced work environment has got to be an improvement, right? Well, it turns out the absence of social interaction in online orders has also removed the embarrassment that comes with ordering an obnoxious Frappuccino with a million extra ingredients. So not only have those annoying orderers continued their cursed behavior, they're now emboldened to go even further. @ProjectJosiee is one unfortunate Starbucks employee who tweeted a photo of an obscene mobile order for a customer called Edward. The thread almost instantly became a support group for traumatized baristas who shared their own snapshots of deranged Starbucks and Dunkin' concoctions. We've put together some of the best replies of the hilarious and cursed thread. And if you're one of those '5+ ingredient' customers, remember to be generous with that tip. 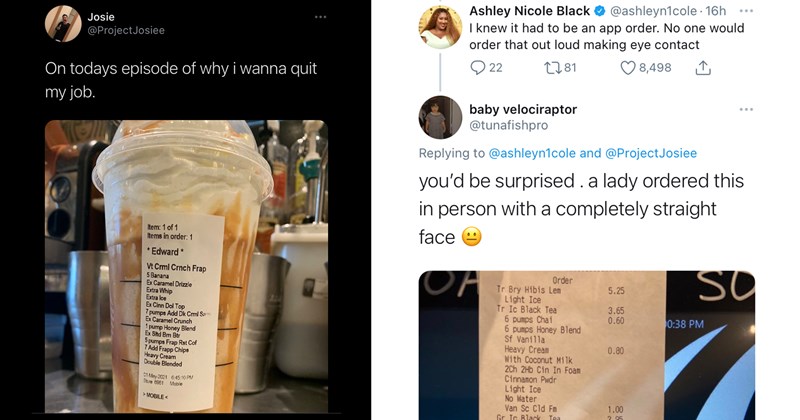 33 D&D Memes For Everyone From Paladins To Rogues