Writer Dana Schwartz found herself the target of a lot of angry South Park fans yesterday after tweeting about the long-running Comedy Central cartoon. Schwartz, who writes for She-Hulk, took to the site to express her feeling that South Park is responsible for many of our cultural ills.

"In retrospect, it seems impossible to overstate the cultural damage done by SOUTH PARK, the show that portrayed earnestness as the only sin and taught that mockery is the ultimate inoculation against all criticism. Smugness is not the same as intelligence; provocation isn't the same as bravery. The lesser of two evils aren't the same."

Her hot take angered many fans of the controversial show, who quickly began a trolling and roasting campaign in the tweet's replies. While some of the replies went the immature route, others were more thoughtful defenses of the television show and its effect on society. Pretty much all of the tweets were entertaining (especially Schwartz's official response). We've put some of our favorite zingers in this gallery, but you can scroll through more of the drama here. 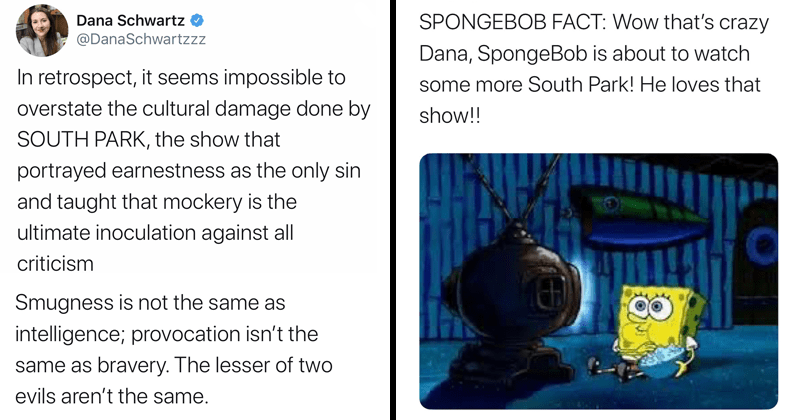 Annoying Movie-Quoting Dude Is A Coworker We *All* Have

Everyone has a resident Annoying GuyTM in their office!

Comedian Hilariously Explains Why College Is Like A Reality TV Show

Who Better to Explain Menstruation Than Key & Peele?

The Taste of Champions 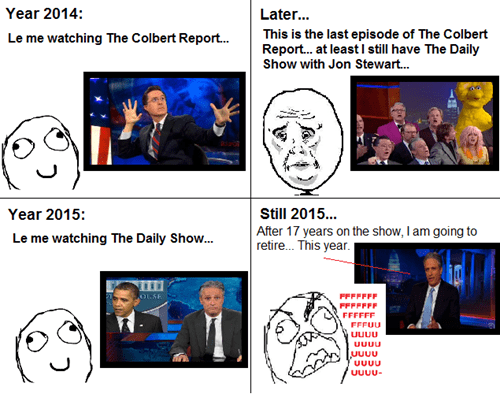 Key & Peele Are Back With a Special Edition of the East/West College Bowl: The East/West Pro Bowl!

Some of these names sound oddly real...

This is a Subway Ad Made for Comedy Central

Bear in mind that people were actually paid to make this. 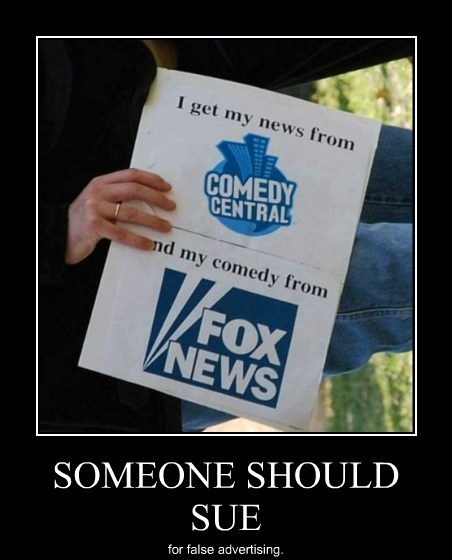 Go Back to Watching The Crumpet Report or Whatever You Damn Brits Watch! 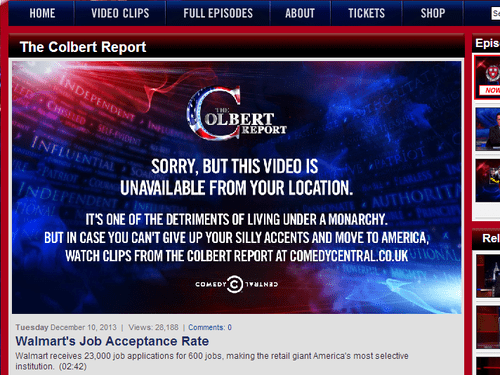 What console do you stand for? No one cares about poor Wii U... :'( 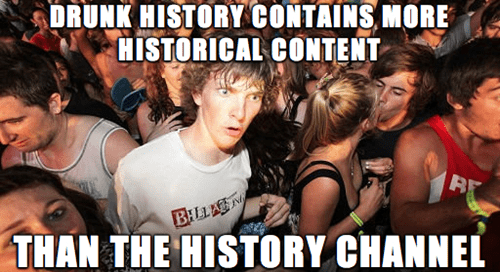 The Truth You Can't Deny

There was a problem rendering this video - it may have been deleted.
By Unknown
Repost
Recaption