19 Spicy Memes That Make A Mockery Of Christopher Columbus

Once again, it's that tense time of year when Americans argue over whether venerating Columbus is an important part of Italian-American heritage, or whether it's the same thing as celebrating genocide and the spread of infectious disease. If the memes tell us one thing, it's that people on the internet think Columbus was a total idiot for 'discovering' the wrong continent. I mean, he didn't even reach North America—he mistook a few Caribbean Islands for the Indies. Epic fail, bro. Anyway, here are nineteen memes that mock Columbus for Columbusing America. 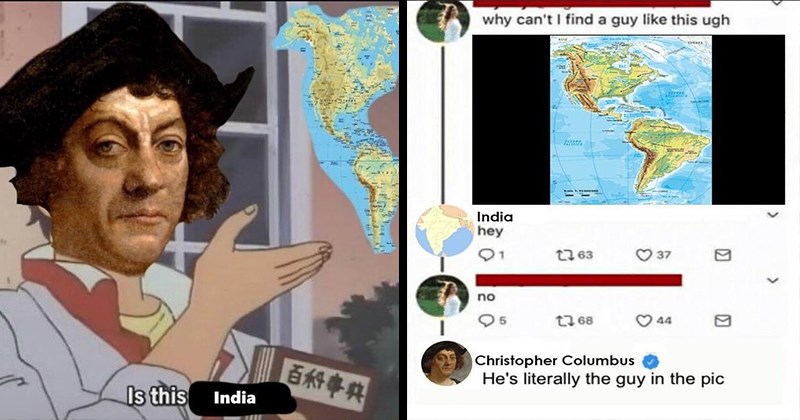 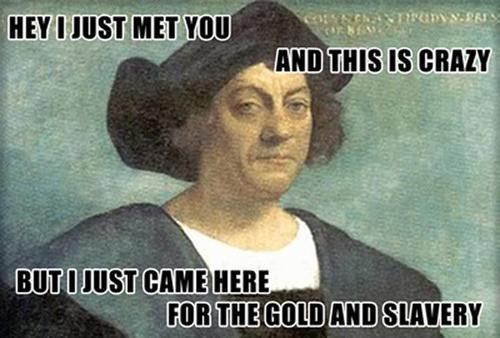 How Columbus Ended Up in America 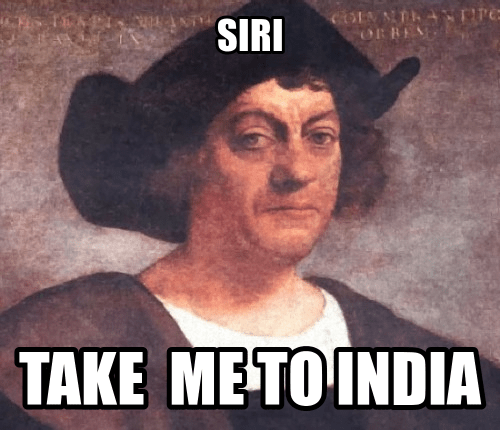 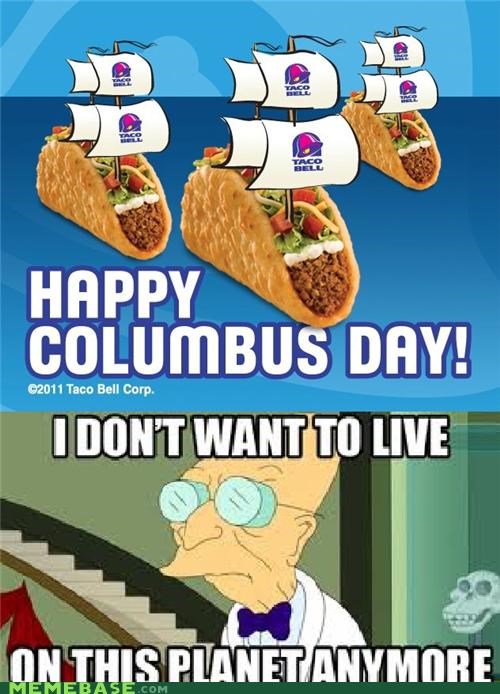